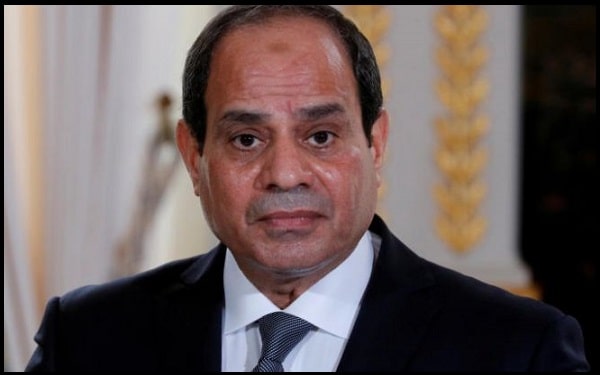 Abdel Fattah al-Sisi Quotes:- Abdel Fattah al-Sisi ( born 19 November 1954) is an Egyptian politician who is the sixth and current President of Egypt, former Director of Military Intelligence, former Minister of Defence, and former General. Starting 10 February 2019, Sisi also began serving a one-year term as Chairperson of the African Union, which concluded in 2020.


Sisi was born in Cairo and after joining the Egyptian Army, held a post in Saudi Arabia before enrolling in the Egyptian Army’s Command and Staff College. In 1992, Sisi trained at the Joint Services Command and Staff College at Watchfield, Oxfordshire, in the United Kingdom, and then in 2006 trained at the United States Army War College in Carlisle, Pennsylvania.


As Minister of Defence, and ultimately Commander-in-Chief of the Egyptian Armed Forces, Sisi was involved in the military coup that removed then President Mohamed Morsi from office on July 3, 2013, in response to June 2013 Egyptian protests, called a revolution by its proponents.

There is no doubt that counterterrorism takes time because it is not action against a regular army.
Abdel Fattah al-Sisi 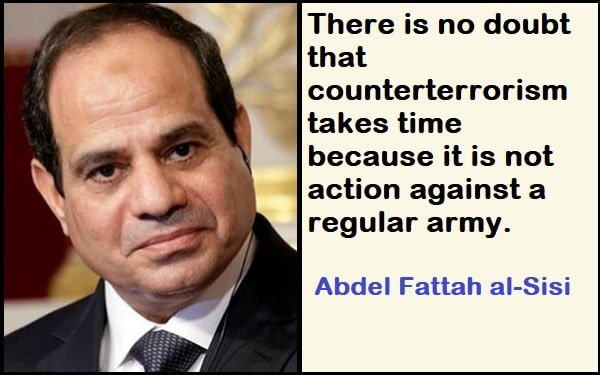 If Egypt is unstable, then the entire region is unstable.
Abdel Fattah al-Sisi

We need to see a Palestinian state.
Abdel Fattah al-Sisi

The Muslim Brotherhood is the parent organization of extreme ideology. They are the godfather of all terrorist organizations. They spread it all over the world.
Abdel Fattah al-Sisi