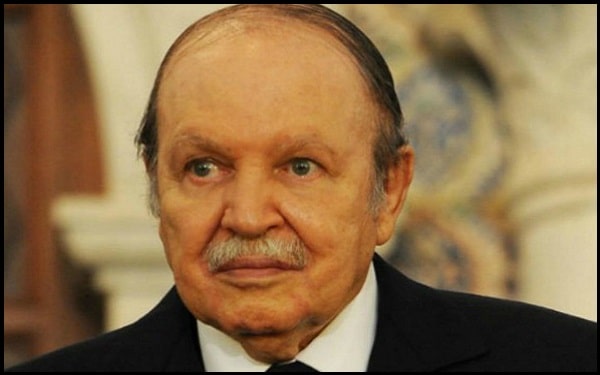 
As President, he presided over the end of the bloody Algerian Civil War in 2002 when he took over the project of Liamine Zéroual (previous president), and he ended emergency rule in February 2011 amidst regional unrest.

Prior to becoming president, he served as Minister of Foreign Affairs from 1963 until 1979 and as President of the United Nations General Assembly for a 1-year term from 1974.

A dialogue among civilizations can be seen as a dialogue between the individual and the universal.
Abdelaziz Bouteflika 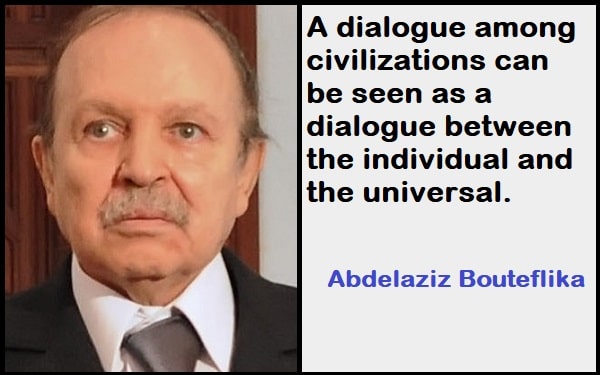 A nation must be embraced, rehabilitated and expressed as a tangible sign of human creativity and as an integral element of mankind’s heritage.
Abdelaziz Bouteflika

If the lives of men can be measured in terms of years, ideologies in decades, and nations in centuries, then the unit measuring civilizations, born of the interaction among peoples, would be the millennium.
Abdelaziz Bouteflika

Yet, history has shown that if material force can defeat some ideologies it can no longer obliterate a civilization without destabilizing the whole planet.
Abdelaziz Bouteflika

I have reaffirmed my political will to work towards national unity.
Abdelaziz Bouteflika