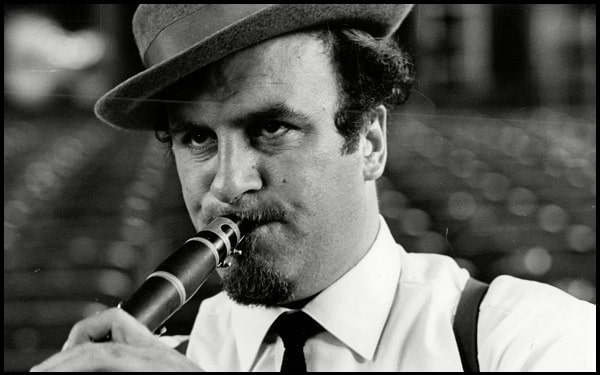 
Bilk’s 1962 instrumental tune “Stranger on the Shore” became the UK’s biggest selling single of 1962: it was in the UK charts for more than 50 weeks, peaking at number two, and was the first No. 1 single in the United States by a British artist in the era of the modern Billboard Hot 100 pop chart.


He earned the nickname “Acker” from the Somerset slang for “friend” or “mate”. His parents tried to teach him the piano but, as a boy, Bilk found it restricted his love of outdoor activities, including football. He lost two front teeth in a school fight and half a finger in a sledging accident, both of which he said affected his eventual clarinet style.

He learned the clarinet there after his sapper friend, John A. Britten, gave him one bought at a bazaar and for which Britten had no use.

I’m still blowing alright, and I still enjoy it which is the main thing.
Acker Bilk 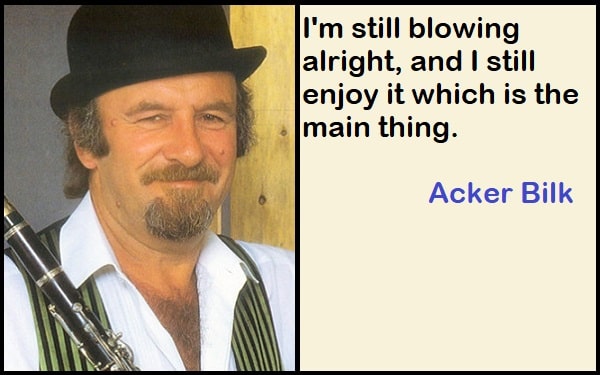 I look at my clarinet sometimes and I think, I wonder what’s going to come out of there tonight? You never know.
Acker Bilk