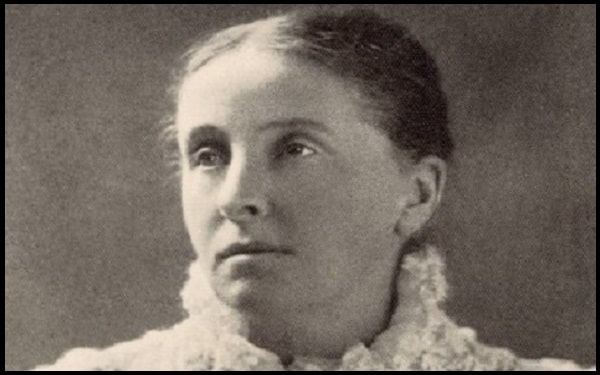 
Many of her novels were serialised in Australian newspapers but never published in book form. While she was known to friends and family by her married name, Ada Cross, her newspaper readers knew her as A.C.

She was educated by governesses, an experience she abhorred. She wrote in a book of reminiscences: “I can truthfully affirm that I never learned anything which would now be considered worth learning until I had done with them all and started foraging for myself.

Alone! Alone! No beacon, far or near! No chart, no compass, and no anchor stay!
Ada Cambridge 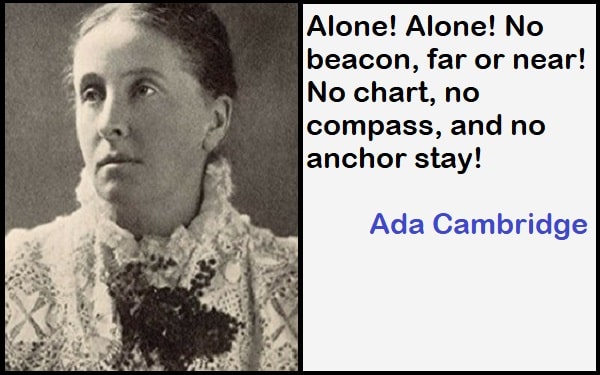 Let Justice, blind and halt and maimed, chastise the rebel spirit surging in my veins, let the Law deal me penalties and pains And make me hideous in my neighbours’ eyes.
Ada Cambridge

O what is life, if we must hold it thus as wind-blown sparks hold momentary fire?
Ada Cambridge

Have all the hopes of ages come to naught? Is life no more with noble meaning fraught?
Ada Cambridge