About:-  Enoch Arnold Bennett was an English writer. He is best known as a novelist, but he also worked in other fields such as the theatre, journalism, propaganda, and films. Arnold Bennett was born on May 27, 1867, in Hanley, one of the pottery-making “Six Towns” of central England. And Arnold Bennett Died on 27 March 1931, London, United Kingdom.

After attending local schools and working in his father’s law office, he moved to London in 1888 to become a writer. In 1893 he was employed by the magazine Woman, and in 1898 he published his first novel, A Man from the North. During these years he began to call himself Arnold Bennett.

“The price of justice is eternal publicity.” 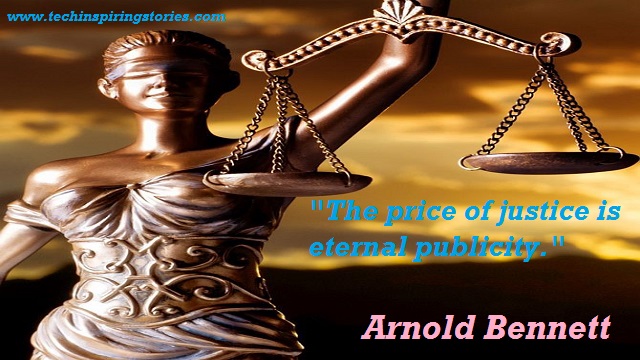 “Well, my deliberate opinion is – it’s a jolly strange world.”

“It is easier to go down a hill than up, but the view is from the top.”

“Always behave as if nothing had happened, no matter what has happened.”

“Pessimism, when you get used to it, is just as agreeable as optimism.”

“Mother is far too clever to understand anything she does not like.”

“If egotism means a terrific interest in one’s self, egotism is absolutely essential to efficient living.”

“Any change, even a change for the better, is always accompanied by drawbacks and discomforts.”

“Your own mind is a sacred enclosure into which nothing harmful can enter except by your permission.”

“Much ingenuity with a little money is vastly more profitable and amusing than much money without ingenuity.”

“The great advantage of being in a rut is that when one is in a rut, one knows exactly where one is.”

“We need a sense of the value of time – that is, of the best way to divide one’s time into one’s various activities.”

“A cause may be inconvenient, but it’s magnificent. It’s like champagne or high heels, and one must be prepared to suffer for it.”

“We shall never have more time. We have, and always had, all the time there is. No object is served in waiting until next week or even until tomorrow. Keep going… Concentrate on something useful.”

“Of all the inhabitants of the inferno, none but Lucifer knows that hell is hell, and the secret function of purgatory is to make of heaven an effective reality.”

“There can be no knowledge without emotion. We may be aware of a truth, yet until we have felt its force, it is not ours. To the cognition of the brain must be added the experience of the soul.”

“A first-rate organizer is never in a hurry. He is never late. He always keeps up his sleeve a margin for the unexpected.”

“Journalists say a thing that they know isn’t true, in the hope that if they keep on saying it long enough it will be true.”

“Being a husband is a whole-time job. That is why so many husbands fail. They cannot give their entire attention to it.”

“It is well, when judging a friend, to remember that he is judging you with the same godlike and superior impartiality.”

“Happiness includes chiefly the idea of satisfaction after a full honest effort. No one can possibly be satisfied and no one can be happy who feels that in some paramount affairs he failed to take up the challenge of life.”

“Does there, I wonder, exist a being who has read all, or approximately all, that the person of average culture is supposed to have read, and that not to have read is a social sin? If such a being does exist, surely he is an old, a very old man.”

To the artist is sometimes granted a sudden, transient insight which serves in this matter for an experience. A flash, and where previously the brain held a dead fact, the soul grasps a living truth! At moments we are all artists.