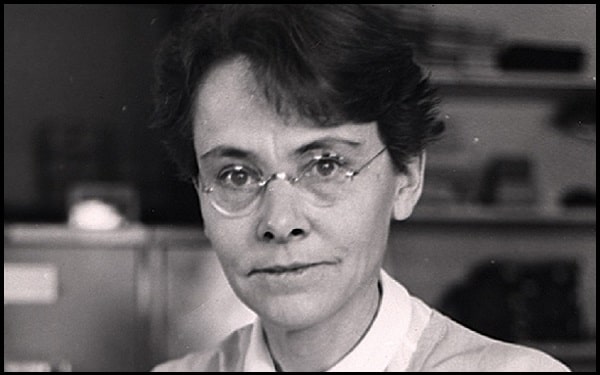 Barbara McClintock Quotes:- Barbara McClintock (June 16, 1902 – September 2, 1992) was an American scientist and cytogeneticist who was awarded the 1983 Nobel Prize in Physiology or Medicine. McClintock received her PhD in botany from Cornell University in 1927. There she started her career as the leader in the development of maize cytogenetics, the focus of her research for the rest of her life.


From the late 1920s, McClintock studied chromosomes and how they change during reproduction in maize. She developed the technique for visualizing maize chromosomes and used microscopic analysis to demonstrate many fundamental genetic ideas. One of those ideas was the notion of genetic recombination by crossing-over during meiosis—a mechanism by which chromosomes exchange information.

If you know you are on the right track, if you have this inner knowledge, then nobody can turn you off… no matter what they say.
Barbara McClintock 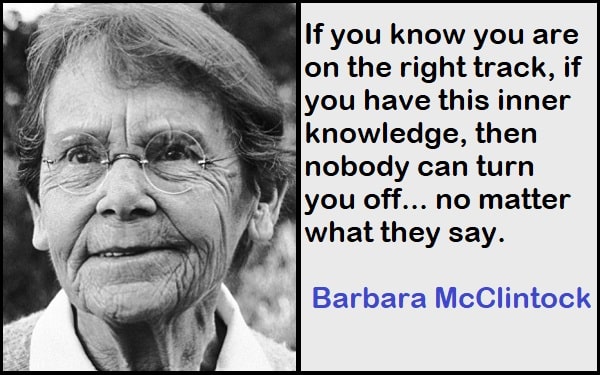 It might seem unfair to reward a person for having so much pleasure over the years, asking the maize plant to solve specific problems and then watching its responses.
Barbara McClintock

I never thought of stopping, and I just hated sleeping. I can’t imagine having a better life.
Barbara McClintock

I know my corn plants intimately, and I find it a great pleasure to know them.
Barbara McClintock