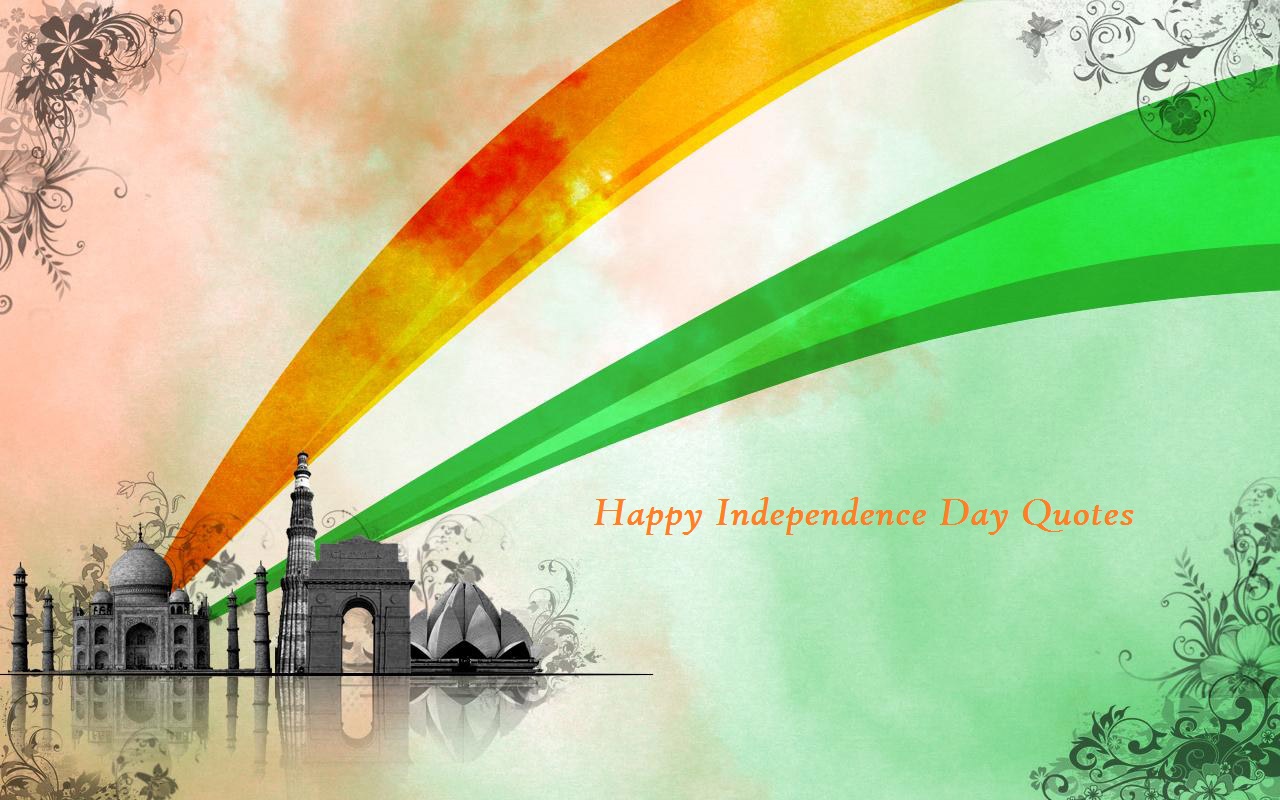 Independence Day Quotes:- Independence Day is annually celebrated on 15th August, as a national holiday in India commemorating the nation’s independence from the United Kingdom on 15 August 1947, the UK Parliament passed the Indian Independence Act 1947 transferring legislative sovereignty to the Indian Constituent Assembly.

Independence coincided with the partition of India, in which British India was divided along religious lines into the Dominions of India and Pakistan; the partition was accompanied by violent riots and mass casualties, and the displacement of nearly 15 million people due to religious violence. 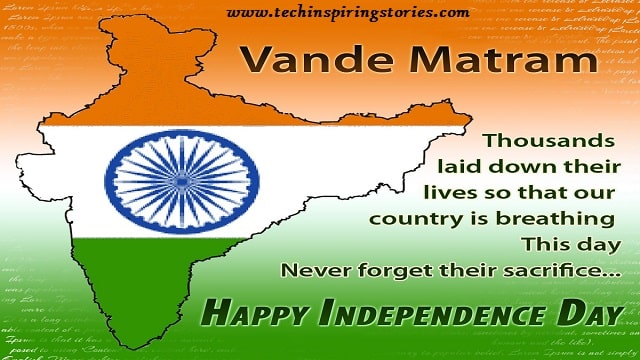 “The shots that hit me are the last nails to the coffin of the British rule in India.”-Lala Lajpat Rai

“Let new India arise out of peasants’ cottage, grasping the plow, out of huts, cobbler and sweeper.”-Swami Vivekananda

“Freedom is never dear at any price.
It is the breath of life.
What would a man not pay for living?”-Mahatma Gandhi

“If yet your blood does not rage, then it is water that flows in your veins.
For what is the flush of youth, if it is not of service to the motherland.”-Chandra Shekhar Azad

“May the sun in his course visit no land more free, more happy, more lovely,
than this our country!”-Sardar Bhagat Singh 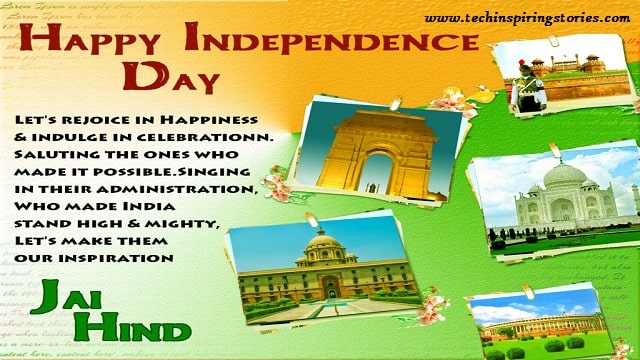 “Mother, I bow to thee! Rich with thy hurrying streams, Bright with orchard gleams, Cool with thy winds of delight, Greenfields waving, Mother of might, Mother free. The glory of moonlight dreams, Over thy branches and lordly streams, Clad in thy blossoming trees, Mother, giver of ease, Laughing low and sweet! Mother, I kiss thy feet, Speaker sweet and low! Mother, to thee I bow. “-Bankim Chandra Chatterjee

“Citizenship consists in the service of the country. “-Jawaharlal Nehru

“Citizenship consists in the service of the country. “-Jawaharlal Nehru

“If the deaf is to hear the sound has to be very loud.”-Sardar Bhagat Singh

“Our nation is like a tree of which the original trunk is swarajya and the branches are swadeshi and boycott. “-Subhas Chandra Bose

“The essential thing in religion is making the heart pure. The kingdom of heaven is within us but only pure heart can see the king! “-Bhagat Singh 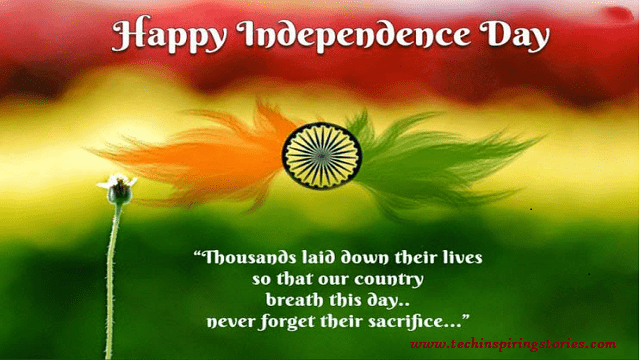 “We are Indians, firstly and lastly.”-B.R. Ambedkar

“It is easy to kill individuals but you cannot kill the ideas. Great empires crumbled, while the ideas survived.”-Bhagat Singh

“Revolution did not necessarily involve sanguinary strife. It was not a cult of bomb and pistol. They may sometimes be mere means for its achievement.”-Bhagat Singh

“You give me your blood and I will give you Independence!”-Netaji Subhash Chandra Bose 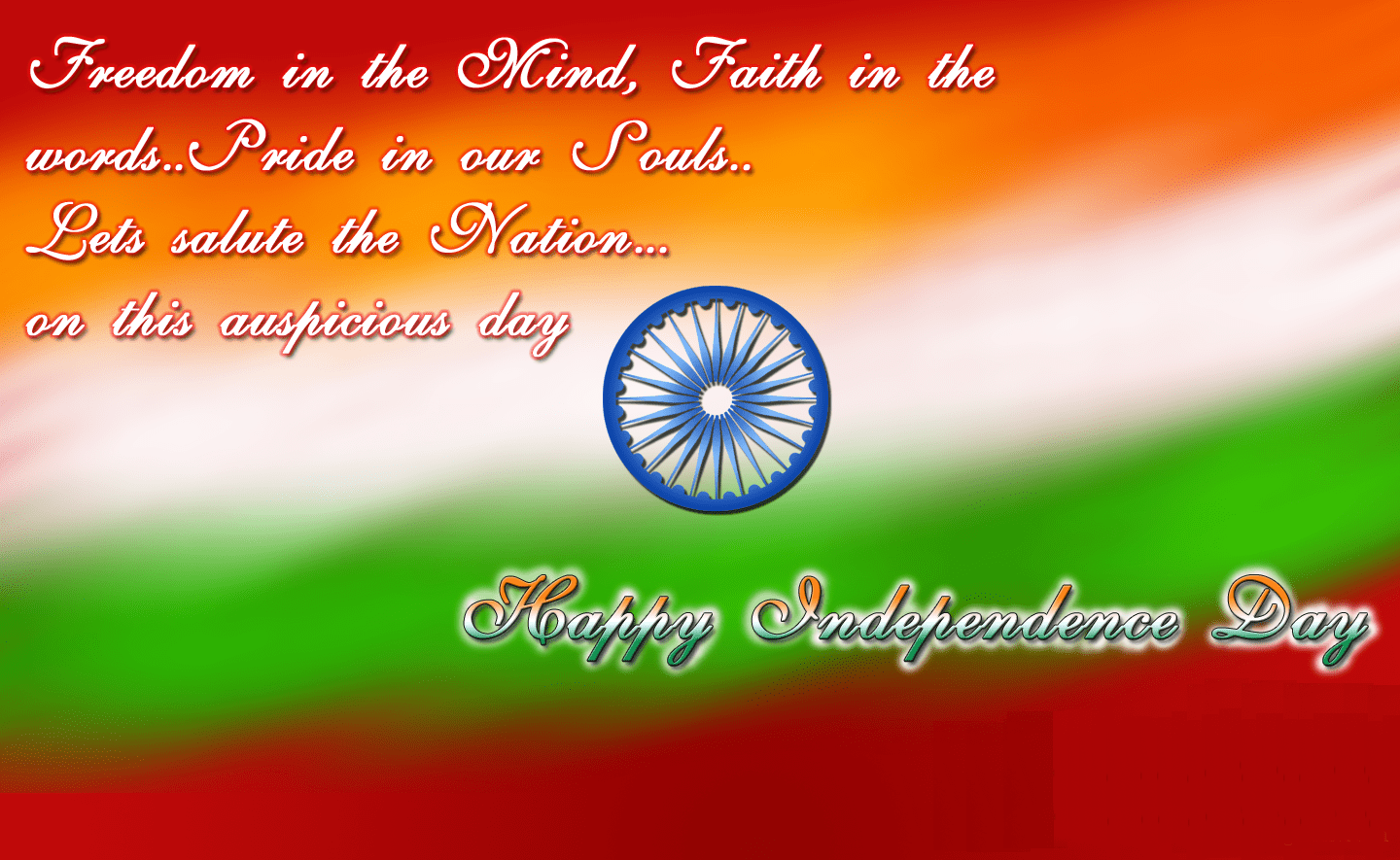 “Long years ago we made a tryst with destiny, and now the time comes when we shall redeem our pledge,…At the stroke of the midnight hour, when the world sleeps, India will awake to life and freedom.”-Jawaharlal Nehru

“We end today a period of ill fortune and India discovers herself again. The achievement we celebrate today is but a step, an opening of opportunity, to the greater triumphs and achievements that await us. Are we brave enough and wise enough to grasp this opportunity and accept the challenge of the future? “-Jawaharlal Nehru

“I declare that the blows struck at me today will be the last nails in the coffin of British rule in India.
Go back, Siman.” -Lala Lajpat Rai 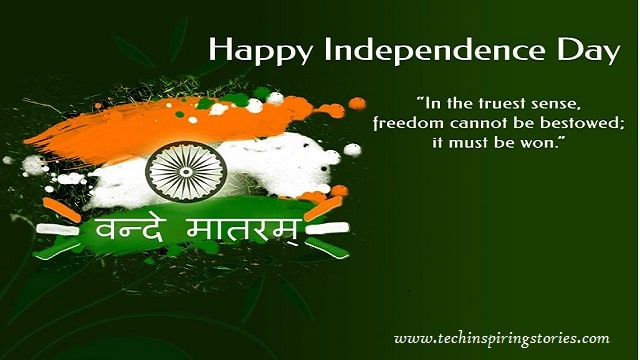 “I believe that the civilization of India evolved is not to be beaten in the world. Nothing can equal the seeds sown by our ancestors, Rome went, Greece shared the same fate; the might of the Pharaohs was broken; Japan has become Westernized; of China, nothing can be said; but India is still, somehow or other, sound at the foundation. “-Mahatma Gandhi 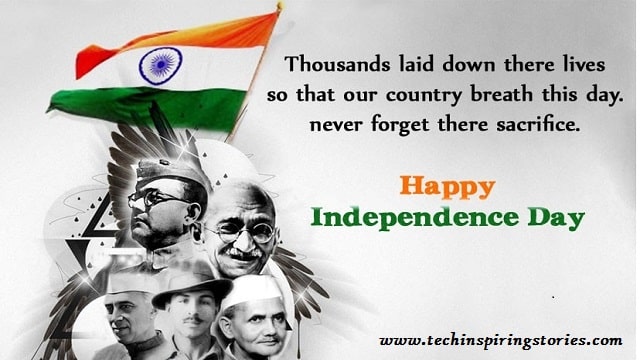 “Violent means will give violent freedom. That would be a menace to the world and to India herself. “-Mahatma Gandhi

“We owe a lot to the Indians, who taught us how to count, without which no worthwhile scientific discovery could have been made.”-Albert Einstein

“When I read the Bhagavad-Gita and reflect about how God created this universe everything else seems so superfluous.”-Albert Einstein 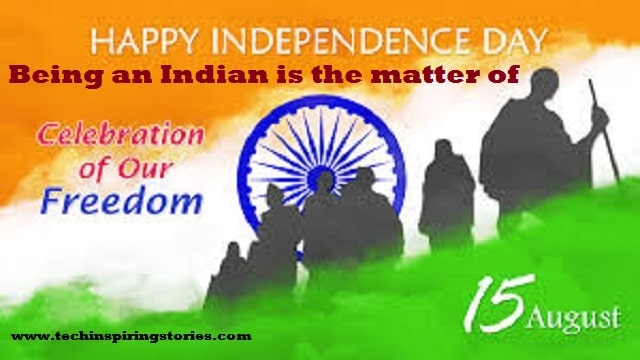 “Thy spirit, Independence, let me share! Lord of the lion-heart and eagle-eye, Thy steps I follow with my bosom bare, Nor heed the storm that howls along the sky.”-Tobias George Smollett

“At the dawn of history India started on her unending quest, and trackless centuries are filled with her striving and the grandeur of her success and her failures. Through good and ill fortune alike she has never lost sight of that quest or forgotten the ideals which gave her strength.” – Jawaharlal Nehru

“India has two million gods and worships them all. In religion all other countries are paupers; India is the only millionaire.”-Mark Twain 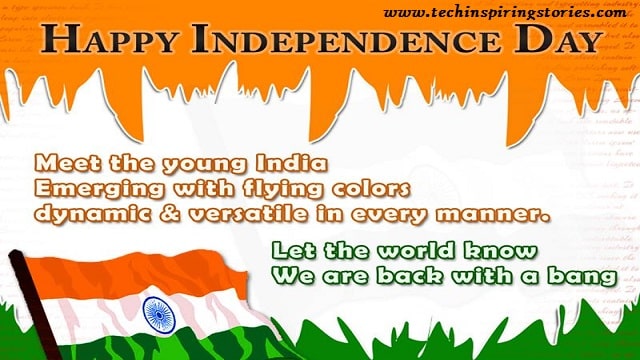 “India is the cradle of the human race, the birthplace of human speech, the mother of history, the grandmother of legend, and the great grandmother of tradition. Our most valuable and most instructive materials in the history of man are treasured up in India only.”-By: Mark Twain (American author)