Brain Quotes:- The brain is an organ that serves as the center of the nervous system in all vertebrate and most invertebrate animals.

The brain is the most complex organ in a vertebrate’s body. The brain is located in the head, usually close to the sensory organs for senses such as vision.

In a human, the cerebral cortex contains approximately 15–33 billion neurons, each connected by synapses to several thousand other neurons.

Below you will find our collection of inspirational, wise, and humorous Brain quotes, Brain sayings, and Brain proverbs, collected over the years from a variety of sources. 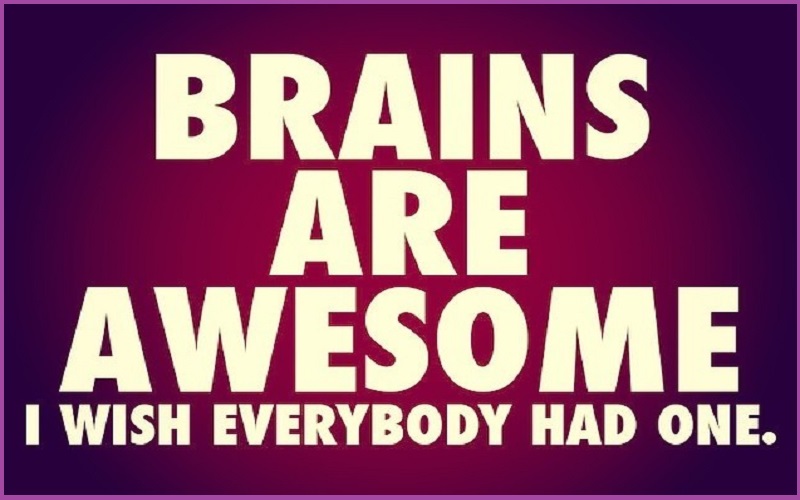 The human brain starts working the moment you are born and never stops until you stand up to speak in public.

The brain is a wonderful organ. It starts working the moment you get up in the morning and does not stop until you get into the office.

The human brain is a most unusual instrument of elegant and as yet unknown capacity.

The human brain is an incredible pattern-matching machine.

A man’s brain has a more difficult time shifting from thinking to feeling than a women’s brain does.

I consider that a man’s brain originally is like a little empty attic, and you have to stock it with such furniture as you choose.

That’s your best friend and your worst enemy – your own brain.

Don’t let your brain interfere with your heart.

The human brain is probably one of the most complex single objects on the face of the earth; I think it is, quite honestly.

The emotional brain responds to an event more quickly than the thinking brain.

The brain is the organ of destiny. It holds within its humming mechanism secrets that will determine the future of the human race.

The human brain is a funny thing: it’s very susceptible to tempo and melody. You put the right words to it, and it becomes very influential.

A brain is only capable of what it could conceive, and it couldn’t conceive what it hasn’t experienced

Brain: an apparatus with which we think we think.

We have a brain for one reason and one reason only – and that’s to produce adaptable and complex movements.

The softest, freest, most pliable and changeful living substance is the brain — the hardest and most iron-bound as well.

The human brain, then, is the most complicated organization of matter that we know.

The brain is a commodity used to fertilize ideas.

The brain is conceded to be the master organ of the body, the regulator of life, the source of human progress.

No brain is stronger than its weakest think.

The brain is a complex biological organ of great computational capability that constructs our sensory experiences, regulates our thoughts and emotions, and control our actions.

The brain is a muscle of busy hills, the struggle of unthought things with things eternally thought.

One of the difficulties in understanding the brain is that it is like nothing so much as a lump of porridge.

We know the human brain is a device to keep the ears from grating on one another.

Fill the brain with high thoughts, highest ideals, place them day and night before you, and out of that will come great work.

The brain appears to possess a special area which we might call poetic memory and which records everything that charms or touches us, that makes our lives beautiful.

The brain is an island in an osmotically homogeneous sea.

The brain is highly structured, but it is also extremely flexible. It’s not a blank slate, but it isn’t written in stone, either.