Chances Quotes:- Growth is never by mere chance; it is the result of forces working together. Forgiveness says you are given another chance to make a new beginning.

Below you will find our collection of inspirational, wise, and humorous old chances quotes, chances sayings, and chances proverbs, collected over the years from a variety of sources. 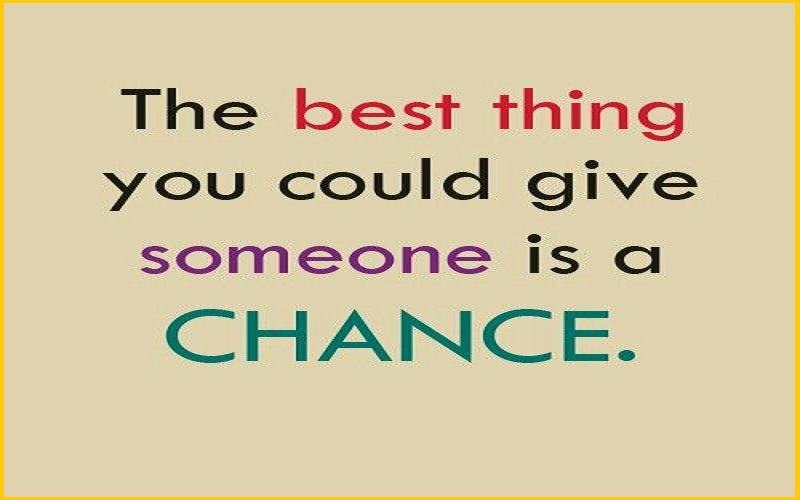 “I’m guilty of giving people more chances than they deserve but when I’m done, I’m done.”

“Chances don’t approach you, it’s you who approach chances.”

“Chances are anywhere else, all you need to do is to grab them because they don’t always show up.” 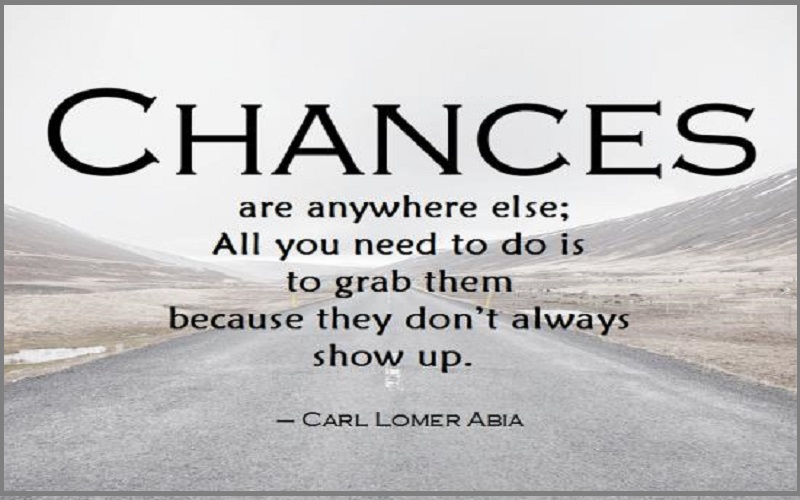 “Chance can allow you to accomplish a goal every once in a while, but consistent achievement happens only if you love what you are doing.”

“Chance favors only those who court her.”

“Chance fights ever on the side of the prudent.”

“Chance is the providence of adventurers.”

“Nobody owes anybody a living, but everybody is entitled to a chance.”

“Chance is a word void of sense; nothing can exist without a cause.”

“Chance is always powerful. Let your hook always be cast; in the pool where you least expect it, there will be fish.”

“Where observation is concerned, chance favors only the prepared mind.”

“Chance is the fool’s name for Fate.”

“There is no such thing as chance or accident the words merely signify our ignorance of some real and immediate cause.”

“Chance happens to all, but to turn chance to account is the gift of few.”

“There is no such thing as no chance.”

“One chance is all you need.”

“Those who trust to chance must abide by the results of chance.”

“Chance never helps those who do not help themselves.”

“Chance corrects us of many faults that reason would not know how to correct.”

“To talk of luck and chance only shows how little we really know of the laws which govern cause and effect.”

“No man ever became wise by chance.”

“Unless a man has trained himself for his chance, the chance will only make him ridiculous.”

“If chance will have me king, why, chance may crown me.”

“It is safer to accept any chance that offers itself and extemporize a procedure to fit it, than to get a good plan matured, and wait for a chance of using it.”

“Bad chances were better than no chances.”

“Notions of chance and fate are the preoccupations of men engaged in rash undertakings.”

“We ought never to trust to chance but when we cannot find a better surety.”