Equality Quotes:- There would appear to be little doubt that the matter of equality has become, in these past two decades, a major political and ideological issue.

Social equality is a state of affairs in which all people within a specific society or isolated group have the same status in certain respects, including civil rights, freedom of speech, property rights and equal access to certain social goods and services.

Below you will find our collection of inspirational, wise, and humorous old equality quotes, equality sayings, and equality proverbs, collected over the years from a variety of sources. 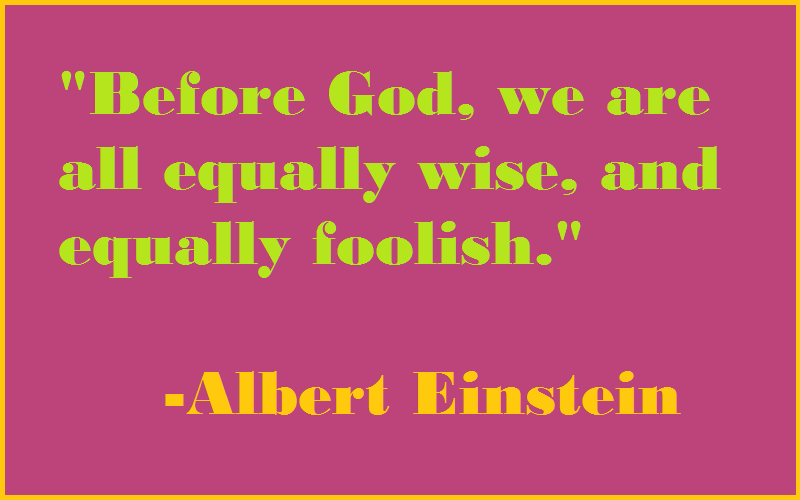 “Before God, we are all equally wise, and equally foolish.”-Albert Einstein

“Equality is the soul of liberty; there is, in fact, no liberty without it.”-Frances Wright

“These men ask for just the same thing: fairness, and fairness only. This is, so far as in my power, they and all others shall have.”-Abraham Lincoln

“From the equality of rights springs identity of our highest interests; you cannot subvert your neighbor’s rights without striking a dangerous blow at your own.”-Carl Schurz

“We hold these truths to be self-evident: that all men are created equal; that they are endowed by their Creator with certain unalienable rights; that among these are life, liberty, and the pursuit of happiness”-Thomas Jefferson

“Equality consists in the same treatment of similar persons.”-Aristotle

“No advance in wealth, no softening of manners, no reform or revolution has ever brought human equality a millimeter nearer.”-George Orwell

“The worst form of inequality is to try to make unequal things equal.”-Aristotle

“All the citizens of a state cannot be equally powerful, but they may be equally free.”-Voltaire

“The defect of equality is that we only desire it with our superiors.”-Henry Becque

“Men are born equal but they are also born different.”-Erich Fromm

“To live anywhere in the world today and be against equality because of race or color is like living in Alaska and being against snow.”-William Faulkner

“Once made equal to man, the woman becomes his superior.”-Socrates

“All people are equal, it is not birth, it is virtue alone that makes the difference.”-Voltaire

“All this talk about equality. The only thing people really have in common is that they are all going to die.”-Bob Dylan

“By nature, all men are equal in liberty, but not in other endowments.”-St. Thomas Aquinas

“Equality is the public recognition, effectively expressed in institutions and manners, of the principle that an equal degree of attention is due to the needs of all human beings.”-Simone Weil

“Equality of opportunity is an equal opportunity to prove unequal talents.”-Viscount Samuel

Beautiful Quotes on Seeing Each Other as Equals

“Unless a man is committed to the belief that all mankind are his brothers, then he labors in vain and hypocritically in the vineyards of equality.”-Adam Clayton Powell Jr.

“That all men are equal is a proposition which, at ordinary times, no sane individual has ever given his assent.”-Aldous Huxley

“If liberty and equality, as is thought by some are chiefly to be found in democracy, they will be best attained when all persons alike share in the government to the utmost.”-Aristotle

“The only stable state is the one in which all men are equal before the law.”-Aristotle

“It is not true that equality is a law of nature. Nature has no equality. Its sovereign law is subordination and dependence.”-Marquis De Vauvenargues

“Equality before the law is probably forever unattainable. It is a noble ideal, but it can never be realized, for what men value in this world is not rights but privileges.”-H. L. Mencken

“So far is it from being true that men are naturally equal, that no two people can be half an hour together, but one shall acquire an evident superiority over the other.”-Samuel Johnson

“If all things were equal in all men, nothing would be prized.”-Thomas Hobbes

“Equality is the share of everyone at their advent upon earth, and equality is also theirs when placed beneath it.”-Ninon de L’Enclos

“Equality and freedom are not luxuries to lightly cast aside. Without them, the order cannot long endure before approaching depths beyond imagining.”-Alan Moore