Thinking Quotes:- Thought encompasses an “aim-oriented flow of ideas and associations that can lead to a reality-oriented conclusion”.

Although thinking is an activity of an existential value for humans, there is no consensus as to how it is defined or understood.

Below you will find our collection of inspirational, wise, and humorous old thinking quotes, thinking sayings, and thinking proverbs, collected over the years from a variety of sources.

“We cannot solve our problems with the same thinking we used when we created them.”-Albert Einstein 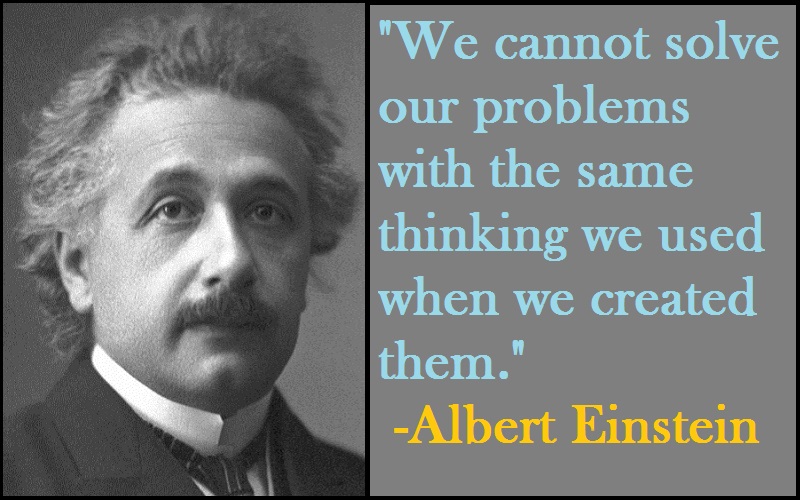 “There is nothing either good or bad but thinking makes it so.”-William Shakespeare

“Thinking is the hardest work there is, which is probably the reason why so few engage in it.”-Henry Ford

“Any man who reads too much and uses his own brain too little falls into lazy habits of thinking.”-Albert Einstein

“The trouble with having an open mind, of course, is that people will insist on coming along and trying to put things in it.”-Terry Pratchett

“The world as we have created it is a process of our thinking. It cannot be changed without changing our thinking.”-Albert Einstein

“Reading furnishes the mind only with materials of knowledge; it is thinking that makes what we read ours.”-John Locke

“The mind is what it thinks. To make it true, think true.”-Nisargadatta Maharaj

“No problem can withstand the assault of sustained thinking.”-Voltaire

“Reading without reflecting is like eating without digesting.”-Edmund Burke

“Never be afraid to sit awhile and think.”-Lorraine Hansberry

“You and I are not what we eat; we are what we think.”-Walter Anderson

“An attitude of positive expectation is the mark of the superior personality.”-Brian Tracy

“If you can dream it, then you can achieve it. You will get all you want in life if you help enough other people get what they want.”-Zig Ziglar

“The only place where your dream becomes impossible is in your own thinking.”-Robert H Schuller

“We don t see things as they are, we see them as we are.”-Anais Nin

“No matter what the situation, remind yourself? I have a choice.”-Deepak Chopra

“A great many people think they are thinking when they are merely rearranging their prejudices.”-William James

“It is well for people who think, to change their minds occasionally in order to keep them clean.”-Luther Burbank

“Most of the mistakes in thinking are inadequacies of perception rather than mistakes of logic.”-Edward de Bono

“Take time to deliberate; but when the time for action arrives, stop thinking and go in.”-Andrew Jackson

“Thinking is easy, acting is difficult, and to put one’s thoughts into action is the most difficult thing in the world.”-Johann Wolfgang von Goethe

“Think for yourselves and let others enjoy the privilege to do so, too.”-Voltaire

“Thinking is the greatest torture in the world for most people.”-unknown