Twins Quotes:- Twins are two offspring produced by the same pregnancy. Twins can be either monozygotic, meaning that they develop from one zygote, which splits and forms two embryos, or dizygotic, meaning that each twin develops from a separate egg and each egg is fertilized by its own sperm cell

Below you will find our collection of inspirational, wise, and humorous old twins quotes, twins sayings, and twins proverbs, collected over the years from a variety of sources. 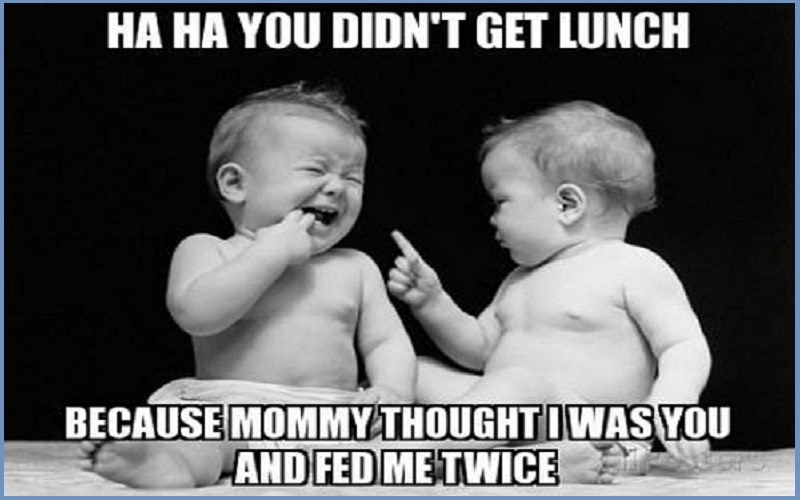 “There are two things in life for which we are never truly prepared: twins.”-Josh Billings

“You can spend too much time wondering which of identical twins is the more alike.”-Robert Brault

“You were born together, and together you shall be forevermore but let there be spaces in your togetherness. And let the winds of heaven dance between you.”-Kahlil Gibran

“Twins have a special bond. They feel safer with each other than with their peers.”-Jeanne Phillips

“The special relationship between twins is that, if there’s anyone else in the world that’s going to get or be the confidant that you need, it’s an identical twin.”-Sam Underwood

“Just because two people look the same, doesn’t mean they have the same dreams.”-Brandy Scraps

“I wish I had a twin, so I could know what I look like without plastic surgery.”-Joan Rivers

“Look at identical twins. When you get closer, you start to see the small differences. It all depends on how much you magnify it.”-Brian Swanson

“In the beginning, we didn’t have a clue. There’s certainly nothing that prepares you for twins.”-Christine Mazier

“My sister and I, you will recollect, were twins, and you know how subtle are the links which bind two souls which are so closely allied.”-Arthur Conan Doyle

“So we grew together Like to a double cherry, seeming parted, but yet a union in partition, two lovely berries molded in one stem.”-William Shakespeare

“They’re not just sisters and twins. They’re best friends, and they care genuinely about each other.”-Chelsi Welch

“You can spend too much time wondering which of identical twins is the more alike.”-Robert Brault

“Being a twin is like being born with a best friend.”-Tricia Marrapodi

“When you gaze upon the lovely sight. Of twins, arm in arm, asleep at night. Think not that the house has been doubly messed. But that you, as parents, have been doubly blessed.”-Jon Bratton

“Mum used to say we were the same soul split in two and walking around on four legs. It seems unnatural being born together and then dying apart.”-Melodie Ramone

“You were born together, and together you shall be forevermore but let there be spaces in your togetherness. And let the winds of the heavens dance between you.”-Kahlil Gibran

“We came into the world like brother and brother; And now let’s go hand in hand, not one before another.”-William Shakespeare

“If you think our hands are (will be) full, imagine our hearts.”-unknown

“In this life, we will never truly be apart, For we grew to the same beat of our mother’s heart.”-Daphne Fandrich

“So many good things come in pairs, like ears, socks and panda bears. But, best of all are the set of twins, with extra laughter, double grins.”-Anonymous

“I wish I had a twin, so I could know what I’d look like without plastic surgery.”-Joan Rivers

“Conjoined twins simply may not need sex-romance partners as much as the rest of us do. Throughout time and space, they have described their condition as something like being attached to a soul mate.”-Alice Dreger