Veterans Day Quotes:- The soldier above all others prays for peace, for it is the soldier who must suffer and bear the deepest wounds and scars of war. There is a certain enthusiasm in liberty, that makes human nature rise above itself, in acts of bravery and heroism.

“The only war is the war you fought in. Every veteran knows that.”-Allan Keller

“The willingness with which our young people are likely to serve in any war, no matter how justified, shall be directly proportional to how they perceive the Veterans of earlier wars were treated and appreciated by their nation.”-George Washington 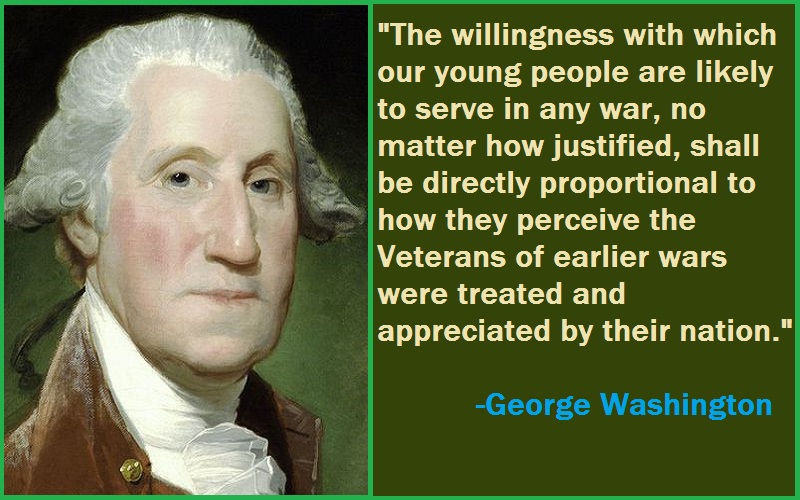 “In war, there are no unwounded soldiers.”-José Narosky

“To be a veteran, one must know and determine one’s price for freedom.”-unknown

“On this Veterans Day, let us remember the service of our veterans, and let us renew our national promise to fulfill our sacred obligations to our veterans and their families who have sacrificed so much so that we can live free.”-Dan Lipinski

“A veteran is someone who, at one point in his/her life wrote a blank check made payable to ‘The United States of America’ for an amount of ‘up to and including my life.’ That is Honor, and there are way too many people in this country who no longer understand it.”-unknown

“In the beginning of a change the patriot is a scarce man, and brave, and hated and scorned. When his cause succeeds, the timid join him, for then it costs nothing to be a patriot.”-Mark Twain

“Duty, honor, country. those three hallowed Words reverently dictate what you ought to be, what you can be, what you will be.”-Douglas Macarthur

“The soldier Above all other’s pray’s for peace, for it is the soldier who must suffer and bear the deepest Wounds scars of war.”-Douglas Macarthur

“For the veteran, thank you for bravely doing what you’re called to do so we can safely do what we’re free to do.”-Unknown

“People sleep peaceably in their beds at night only because rough men stand ready to do violence on their behalf.”-George Orwell

“Regard your soldiers as your children, and they will follow you into the deepest valleys. Look on them as your own beloved sons, and they will stand by you even unto death!”-Sun Tzu

“When our perils are past, shall our gratitude sleep?”-Michel de Montaigne

“Honor to the soldier and sailor everywhere, who bravely bears his country’s cause. Honor, also, to the citizen who cares for his brother in the field and serves, as he best can, the same cause.”-Abraham Lincoln

“America’s Veterans have served their country with the belief that democracy and freedom are ideals to be upheld around the world.”-John Doolittle

“We owe our World War II veterans – and all our veterans – a debt we can never fully repay.”-Doc Hastings

“The most persistent sound, which reverberates through men’s history, is the beating of war drums.”-Arthur Koestler

“Damn the wars but bless the soldier.”-T.L. Moffitt

“You’d have to go a long way to find someone who was more proud and grateful for what our veterans have done for all of us.”-Jim Davis

“Without heroes, we are all plain people and don’t know how far we can go.”-Bernard Malamud

“Caring for veterans shouldn’t be a partisan issue. It should an American one.”-Jennifer Granholm

“Some people live an entire lifetime and wonder if they have ever made a difference in the world, but the Marines don’t have that problem.”-Ronald Reagan

“In the aftermath, we are because they were.”-RJ Heller

“The more we sweat in peace the less we bleed in war.”-Vijaya Lakshmi Pandit

“Anyone who has ever looked into the glazed eyes of a soldier dying on the battlefield will think hard before starting a war.”-Otto von Bismarck

“This nation will remain the land of the free only so long as it is the home of the brave.”-Elmer Davis

“They may take away our lives, but they’ll never take our freedom!”-William Wallace