Victory Quotes:- The term victory originally applied to warfare, and denotes success achieved in personal combat, after military operations in general or, by extension, in any competition. Success in a military campaign is considered a strategic victory, while the success in a military engagement is a tactical victory

You will find our collection of inspirational, wise, and humorous old victory quotes, victory sayings, and victory proverbs, collected over the years from a variety of sources.

“Victory attained by violence is tantamount to a defeat for it is momentary.”-Mahatma Gandhi 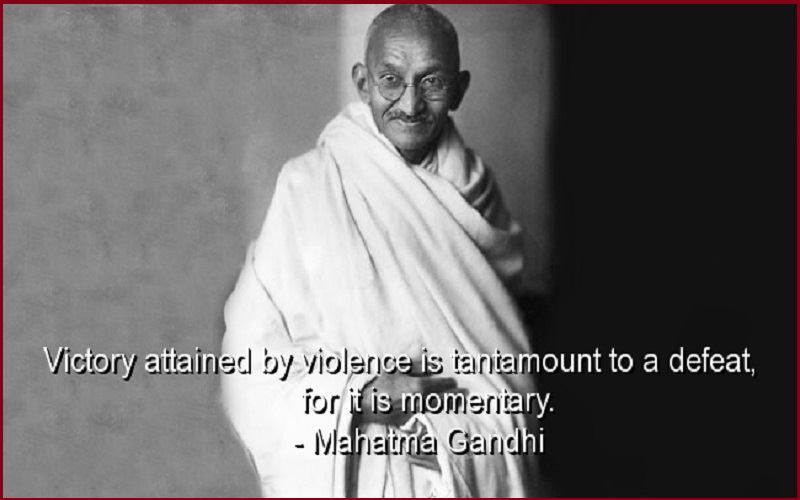 “Each victory with God can bring a reassurance once more than the ones born of God are victorious.”-Sunday Adelaja

“Where there is unity there is always victory.”-Publilius Syrus

“For victory in life, we’ve got to keep focused on the goal, and the goal is Heaven.”-Lou Holtz

“The best victory is when the opponent surrenders of its own accord before there are any actual hostilities…It is best to win without fighting.”-Sun Tzu

“Victory is the beautiful, bright-colored flower. Transport is the stem without which it could never have blossomed.”-Winston Churchill

“The victory of success is half won when one gains the habit of setting goals and achieving them.”-Og Mandino

“Victory is much more meaningful when it comes not just from one person, but from the joint achievements of many.”-Howard Schultz

“The first place we must win the victory is in our own minds. If you don’t think you can be successful, then you never will be.”-Joel Osteen

“The problems of victory are more agreeable than those of defeat, but they are no less difficult.”-Winston Churchill

“This victory alone is not the change we seek; it is only the chance for us to make that change.”-Barack Obama

“Victory goes to the player who makes the next-to-last mistake.”-Savielly Grigorievitch Tartakower

“The only victories which leave no regret are those which are gained over ignorance.”-Napoléon Bonaparte

“Yes, victory is sweet, but it doesn’t necessarily make life any easier the next season or even the next day.”-Phil Jackson

“Victory usually goes to the army who has better-trained officers and men.”-Sun Tzu

“It’s a story about the victory that will touch the lives of everyone who watches it. It’s powerful.”-Derek Luke

“Victories that are easy are cheap. Those only are worth having which come as the result of hard fighting.”-Henry Ward Beecher

“The victory is always sweeter… winning things with friends.”-Brian O’Driscoll

“Victory is about recognizing all the work that went into achieving your dream.”-Tommy Hilfiger

“Victory belongs to the most persevering.”-Napoleon Bonaparte

“The moment of victory is much too short to live for that and nothing else.”-Martina Navratilova

“Victory is always possible for the person who refuses to stop fighting.”-Napoleon Hill

“The victory over our inner self is a daily struggle. Be strong and do not give up.”-Lailah Gifty Akita

“Victory is won not in miles but in inches. Win a little now, hold your ground, and later, in a little more.”-Louis L’Amour

“Victory isn’t defined by wins or losses. It is defined by effort. If you can truthfully say, ‘I did the best I could, I gave everything I had,’ then you’re a winner.”-Wolfgang Schadler

“Victory is everything. You can spend the money but you can never spend the memories.”-Ken Venturi