Video Game Quotes:- A video game is an electronic game that involves interaction with a user interface to generate visual feedback on a two- or three-dimensional video display devices such as a TV screen, virtual reality headset or computer monitor.

You will find our collection of inspirational, wise, and humorous old video game quotes, video game sayings, and video game proverbs, collected over the years from a variety of sources.

“Life is a video game. No matter how good you get, you are always zapped in the end.”-unknown

“In video games, one of the most helpless against injustice can even mighty.”-Glenn Greenwald 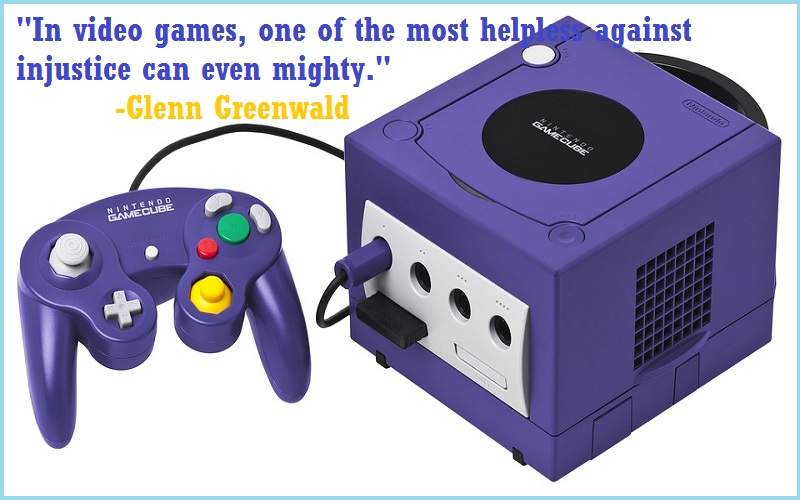 “Every lie contains the truth, and every truth contains a lie…”-Shu from Suikoden II

“The obvious objective of video games is to entertain people by surprising them with new experiences.”-Shigeru Miyamoto

“Nothing is more badass than treating a woman with respect.”-Mr. Torgue

“In the darkest hour, there is always a way out.”-Eve, Mass Effect 3

“Video games are no substitute for real-world pleasures (marriage, the birth of a child, spiritual enlightenment, what have you), but they do provide a nice reprieve from real-world woes.”-Brett Weiss

“Video games are bad for you? That’s what they said about rock-n-roll.”-Shigeru Miyamoto

“Video games are engineered now, but the step I am trying to take, no one can engineer.”-Bill Budge

“I recently learned something quite interesting about video games. Many young people have developed incredible hand, eye, and brain coordination in playing these games. The air force believes these kids will be our outstanding pilots should they fly our jets.”-Ronald Reagan

“We cannot and will not ban the creation of violent video games. But, we can prevent the distribution of these disturbing games to children, where their effects can be negative.”-Herb Kohl

“Video games and computers have become babysitters for kids.”-Taylor Kitsch

“One of the best lessons children learn through video games is standing still will get them killed quicker than anything else.”-Jinx Milea

“The destructive effects of video games are not on boys’ cognitive abilities or their reaction times but on their motivation and their connectedness with the real world.”-Leonard Sax

“Knowledge is useless if it is not used.”-Gixx, Guild Wars 2

“Hope is what makes us strong. It is why we are here. It is what we fight with when all else is lost.”-Pandora

“Death is inevitable. Our fear of it makes us play safe, blocks out emotion. It’s a losing game. Without passion, you are already dead.”-Max Payne

“One who knows nothing can’t understand nothing .”-Kingdom Hearts

“I believe love is the only entity that doesn’t change over time.”-Albert from Legend of Dragoon

“If there is truly evil in this world, it lies within the heart of mankind.”-Edward D. Morrison

“Don’t wish it were easier, wish you were better.”-Chief

“Mess with the best, you will die like the rest.”-Duke Nukem from Duke Nukem 3D

“We all make choices but in the end our choices make us.”-Bioshock

“A man chooses, a slave obeys.”-Bioshock

“It is really hard to make it convincing enough that you forget you are playing a video game.”-Tim Page