Voting Quotes:- Voting is a method for a group, such as a meeting or an electorate, in order to make a collective decision or express an opinion, usually following discussions, debates or election campaigns. Democracies elect holders of high office by voting.

You will find our collection of inspirational, wise, and humorous old voting quotes, voting sayings, and voting proverbs, collected over the years from a variety of sources.

“Voting is the most precious right of every citizen, and we have a moral obligation to ensure the integrity of our voting process.”-Hillary Clinton

“By voting, we add our voice to the chorus that forms opinions and the basis for actions.”-Jens Stoltenberg

“If voting changed anything, they’d make it illegal.”-Emma Goldman

“Voting is the expression of our commitment to ourselves, one another, this country and this world.”-Sharon Salzberg

“Voting is a civic sacrament – the highest responsibility we have as Americans.”-Christine Pelosi

“Voting is a right best exercised by people who have taken time to learn about the issues.”-Tony Snow

“In most places in the country, voting is looked upon as a right and a duty, but in Chicago, it’s a sport.”-Dick Gregory

“Voting is as much an emotional act as it is an intellectual one.”-Monica Crowley 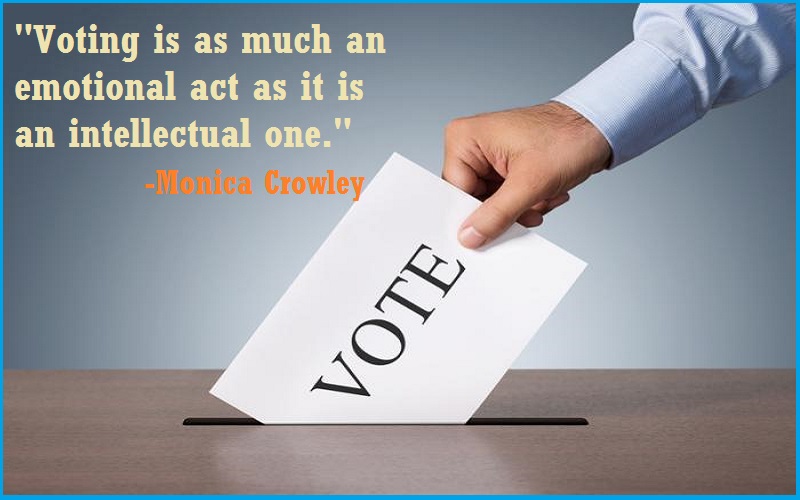 “Voting is the foundational act that breathes life into the principle of the consent of the governed.”-DeForest Soaries

“Voting is fundamental in our democracy. It has yielded enormous returns.”-Arlen Specter

Quotes and Sayings about Voting

“Touch screen voting is a fine thing so long as they have a voter-verified paper trail.”-Joan Blades

“Voting is like alchemy – taking an abstract value and breathing life into it.”-Sharon Salzberg

“Eventually, I foresee voting on the Internet, which will lead to much more direct democracy.”-Dick Gephardt 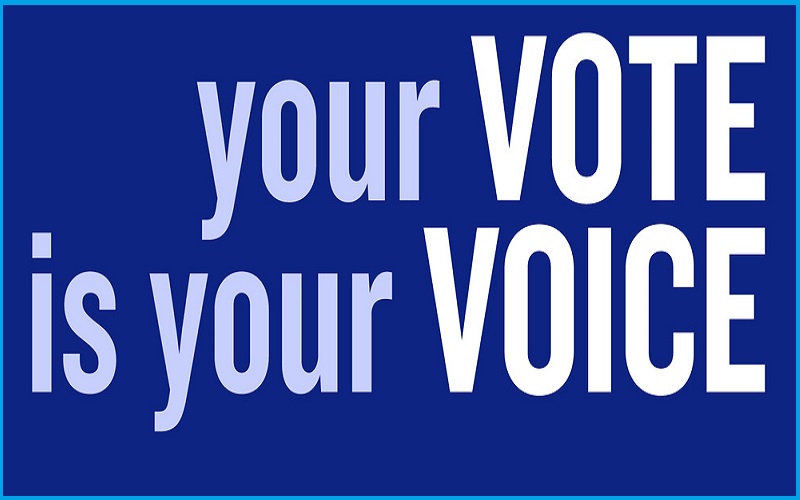 “All voting is a sort of gaming, like checkers or backgammon, with a slight moral tinge to it, a playing with right and wrong.”-Henry David Thoreau

“Voting is simply a way of determining which side is stronger without putting it to the test of fighting.”-Henry Louis Mencken

“Voting is easy and marginally useful, but it is a poor substitute for democracy, which requires direct action by concerned citizens.”-Howard Zinn

“Get the fools on your side and you can be elected to anything.”-Frank Dane

“It was great that anybody can take part in voting.”-Li Yuchun 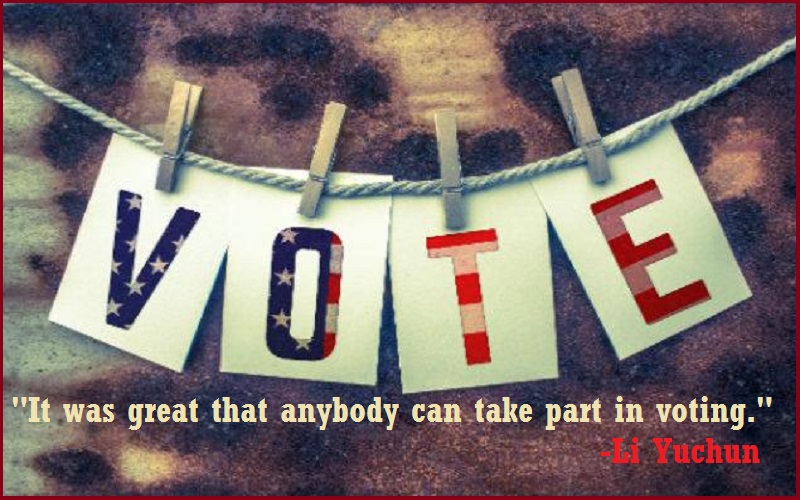 “The power of choosing good and evil is within the reach of all.”-Origen

“Always vote for principle, though you may vote alone, and you may cherish the sweetest reflection that your vote is never lost.”-John Quincy Adams

“The measure of choosing well, is, whether a man likes and finds good in what he has chosen.”-Charles Lamb

“Choosing how you vote should not be a snap verdict based on a few minutes of television.”-Simon Cowell

“Choosing one’s leaders is an affirmation that the person making the choice has inherent worth.”-Linda Chavez

“Young people need to vote. They need to get out there. Every vote counts. Educate yourself too. Don’t just vote. Know what you’re voting for, and stand by that.”-Nikki Reed

“I went to vote once, but I got too scared. I couldn’t decide whom to vote for.”-Andy Warhol

“The most powerful thing we own is our vote.”-Bev Perdue

“With the right to vote, our choice should be for the Holy Spirit to lead us and guide us.”-Monica Johnson