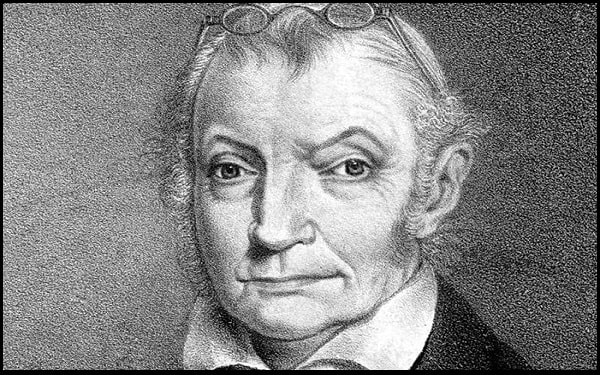 Aaron Burr Quotes:- Aaron Burr (February 6, 1756 – September 14, 1836) was an American politician and lawyer. He was the third vice president of the United States serving during President Thomas Jefferson’s first term.

Burr served as a Continental Army officer in the American Revolutionary War, after which he became a successful lawyer and politician. He was elected twice to the New York State Assembly (1784–1785 and 1798–1799) was appointed Attorney General of New York (1789–1791) was chosen as a U.S. senator (1791–1797) from the State of New York, and reached the apex of his career as vice president. In the waning months of his tenure as president of the Senate, he oversaw the 1805 impeachment trial of Supreme Court Justice Samuel Chase.

Burr left Washington, D.C., and traveled west, seeking new opportunities, both economic and political; further, he left behind the controversy surrounding him in more cosmopolitan parts of the country. His activities eventually led to his arrest on charges of treason in 1807.

Never do today what you can do tomorrow. Something may occur to make you regret your premature action.
Aaron Burr 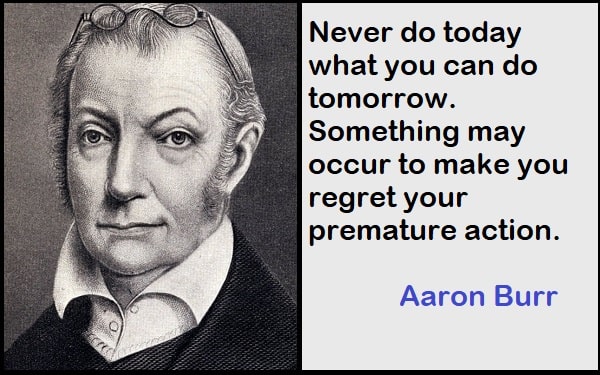 The rule of my life is to make a business a pleasure and pleasure my business.
Aaron Burr