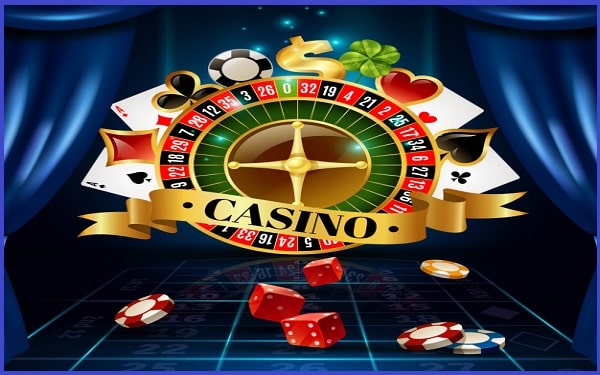 Casino Quotes:- A casino is a facility for certain types of gambling. Some casinos are also known for hosting live entertainment, such as stand-up comedy, concerts, and sports.

“With the casino and the beds, our passengers will have at least two ways to get lucky on one of our flights.”-Richard Branson 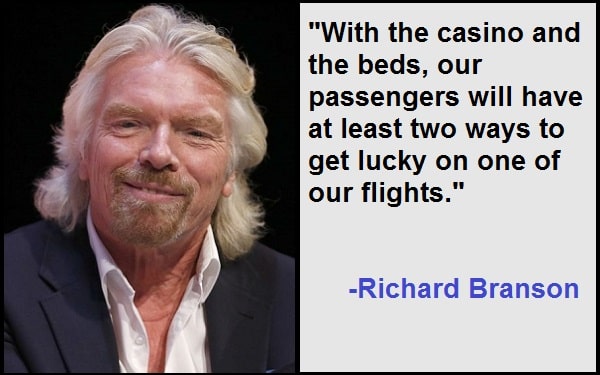 “When Republicans say they want to run a government ‘like a business,’ they apparently mean ‘run government like a Trump casino headed straight for bankruptcy court.”-Tom Steyer

“I go to Vegas now, and I’m in the casino, and I’m rambling, and there’s a guy in a wet bathing suit gambling right next to me.”-Sebastian Maniscalco

“I still pinch myself that I have a second-hand Aston Martin DBS Volante, the convertible model of James Bond’s car from ‘Quantum of Solace’ and ‘Casino Royale.”-Paul Hollywood

“Casino gambling is colorful and dramatic and theatrical.”-Steve Wynn

“There is a respectable body of economic thought that holds that casino gambling is actually economically regressive to a state and a community.”-Mario Cuomo

“I competed in a test round of ‘Kitchen Casino.’ I feel like it’s good to know what the competitors are going through.”-Bill Rancic

“I wanted to disprove the notion that you couldn’t open a great restaurant in a casino.”-David Chang

“The contemporary casino is more than a gambling destination: it is a multifarious pleasure enclosure intended to satisfy every member of the family unit.”-Colson Whitehead

“There has been great laziness in my soul. Lots of days I could write songs, but I could also take my $400 and play the slot machines at the riverfront casino.”-Chuck Berry

“I didn’t want to do ‘Casino Royale’ when they told me to audition. I said no. Then they sent me the script, and I thought it was actually very interesting – and I had no other work at the time.”-Eva Green

“As my wife says, I’ll never fully retire, but it’ll start to slow down. I’ll continue to do the local gigs or go to Las Vegas. But I won’t be going out to Ohio to play an Indian casino anymore. Those will probably go by the wayside.”-Bill Engvall

“I could not pass up the opportunity to build and operate a casino next door to my hometown. This casino will be where Louisiana locals and Texans will want to play, stay, and enjoy themselves.”-Tilman J. Fertitta

“If you spend a week at a casino you will very easily see that people have a certain way of behaving in a casino.”-Mads Mikkelsen

“When we grew up, we wanted to do two things: to own a sports team and a casino.”-Dan Gilbert

“In the Fifties, Canvey was a top seaside place for a youngster – the famous Canvey Island Casino was full of slot machines and there were all the fairground rides, such as the dodgems, and a speedway track.”-Harry Redknapp

“I’m not a gambler, let’s just say that, nor have I ever been a dealer at a casino.”-Anna Gunn

“Stack the cards in your favor, and in a casino, you’ll get arrested and put in prison, but in business and in life, it’s the right thing to do.”-Theo Paphitis

“My whole business philosophy is based on a risk-reward ratio. But it’s got to stack up. If it doesn’t, don’t do it. You might as well go to a casino.”-Theo Paphitis

“We have never heard of laundering in Macau; money laundering is unheard of. Mind you, my casino, every bit of money – someone says Stanley Ho, you issue me a check of so much money – we don’t give that easy.”-Stanley Ho

“Games of chance often involve some amount of skill; this does not make them legal. Good poker players often beat novices. But poker is still gambling, and running a poker room – or online casino – is illegal in New York.”-Eric Schneiderman

“Casino games are the one kind of content that has stood the test of time for decades.”-Brock Pierce

“Who would have thought that a tap-dancing penguin would outpoint James Bond at the box office? And deserve to? Not that there’s anything wrong with ‘Casino Royale.’ But ‘Happy Feet’ – written and directed by George Miller – is a complete charmer, even if, in the way of most family fare, it can’t resist straying into the Inspirational.”-Robert Gottlieb

“The government, of course, will print money to bail out the banks’ uncovered casino bets, but not bail out the elderly from the theft of their funds.”-Paul Craig Roberts

“In ‘Casino,’ there was this scene where Bob De Niro tape-records Sharon Stone’s phone call. Then he asks her about where she’s going, and he catches her in a lie. It was a great scene, especially for Bob’s work, but we found that, in light of the whole film, it wasn’t needed.”-Thelma Schoonmaker

“Casino games such as roulette, blackjack, baccarat, slot machines and so on, are stacked in favor of the house.”-Victoria Coren Mitchell

“I like theme parks. The fastest roller coaster I’ve ever been on is at a casino in Nevada.”-Tia Carrere

“I would love to have gone there, fight at Madison Square Garden or a casino in Las Vegas, but there are no American heavyweights now who can pose a challenge to me.”-David Haye

“A Rogue by Any Other Name’ is the first book in the ‘Rules of Scoundrels’ series, centered on a legendary pre-Victorian casino and her four scandalous aristocratic owners.”-Sarah MacLean

“I can be much more creative with my menus in the casino cities. In New York, there are certain things I can’t make. In Las Vegas, they’re much more receptive. Rabbit, some seafood – they won’t necessarily do well in New York, but I’ll try them in Las Vegas, and they’ll be a success.”-Joel Robuchon

“I like to think of the world as a sort of a casino, except the house doesn’t have the advantage. If you’re smart, you have an advantage. It behooves you to place a lot of bets.”-Evan Williams

“What I don’t want to see in our political system corrupted by gambling money, especially casino gambling money.”-Robert J. Bentley

“Hollywood is a casino. You have to put your chips on the table and hope for the best.”-Byron Allen

“I felt ‘Quantum of Solace’ completely lost its way. We were lucky on ‘Casino Royale:’ it was the origin story of Bond. Bond had the one and only affair that meant anything to him and affected him throughout the rest of the series.”-Martin Campbell

“If you’re a poker player and you show up at a casino at 8 a.m., you’re going to be by yourself or with some people that are rocks and just don’t give you any action.”-Chris Moneymaker

“Like so much in Singapore, admission to the Marina Bay’s casino is hierarchical: Free for anyone with an international passport, costly for locals, off-limits to migrant workers altogether.”-Alan Huffman

“My father was a gambler. My father could not resist a casino or a card game. He loved gambling.”-Samuel Goldwyn, Jr.