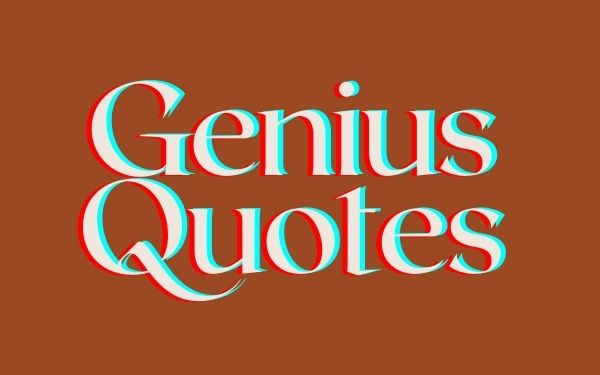 Below you will find our collection of inspirational, wise, and humorous old genius quotes, genius sayings, and genius proverbs, collected over the years from a variety of sources.

“This is the nature of genius, to be able to grasp the knowable even when no one else recognizes that it is present.” 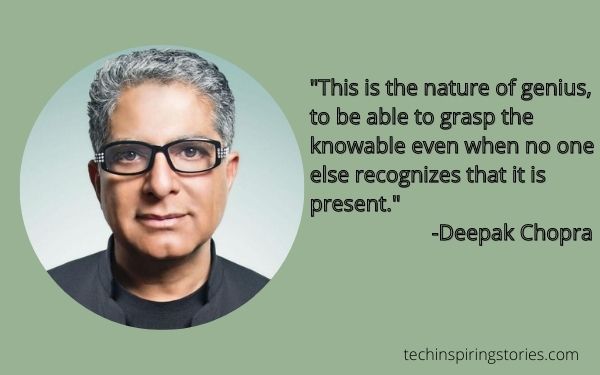 “A genius is one who shoots at something no one else can see — and hits it.”

“Genius: The capacity to see and to express what is simple, simply!”

“Men of genius are rarely much annoyed by the company of vulgar people.”

“Genius is the true mystery, and at its edge–the abyss.”

“Genius always gives its best at first; prudence, at last.”

“One of the strongest characteristics of genius is the power of lighting its own fire.”

“Doing easily what others find difficult is talent; doing what is impossible for talent is genius.”

“The only genius that’s worth anything is the genius for hard work.”

“Every great genius has an admixture of madness.”

“Genius is the recovery of childhood at will.”

“Genius is finding the invisible link between things.”

“The real genius is nothing else but the supernatural virtue of humility in the domain of thought.”

“Geniuses don’t become geniuses until they find the right moron to compare themselves to.”

“The role of genius is not to complicate the simple, but to simplify the complicated.”

“What the world needs are more geniuses with humility. There are so few of us left.”

“Genius without Education is like Silver in the Mine.”

“We all have genius within us, never doubt that fact.”

“A man of genius makes no mistakes; his errors are volitional and are the portals of discovery.”

“Genius is never understood in its own time.”

“Genius… is the capacity to see ten things where the ordinary man sees one.”

“Every true genius is bound to be naive.”

“Thousands of geniuses live and die undiscovered — either by themselves or by others.”

“We know that the nature of genius is to provide idiots with ideas twenty years later.”

“Genius always looks forward, and not only sees what is, but what necessarily will be.”

“In the republic of mediocrity, genius is dangerous.”

“Becoming a genius is not just knowing that it is possible – it is taking action and having genius experiences.”