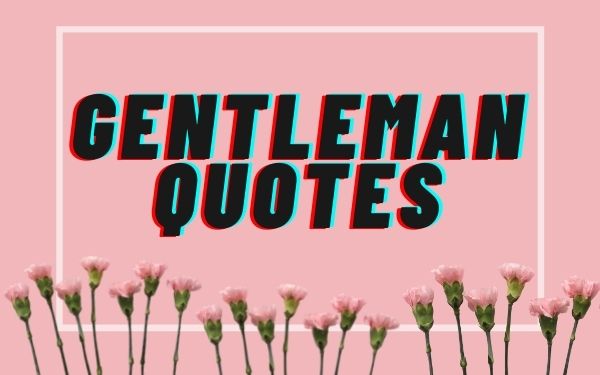 Below you will find our collection of inspirational, wise, and humorous old gentleman quotes, gentleman sayings, and gentleman proverbs, collected over the years from a variety of sources.

“Questioning is not the mode of conversation among gentlemen.” 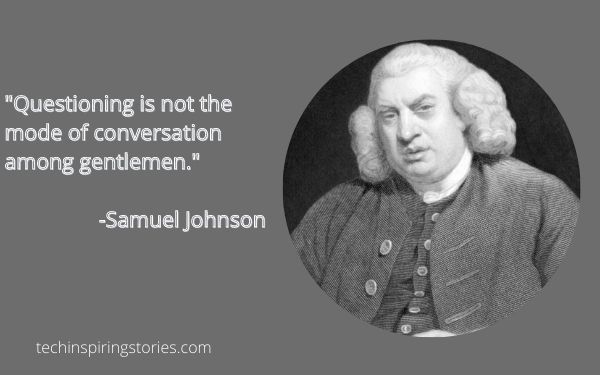 “We sometimes meet an original gentleman, who, if manners had not existed, would have invented them.”

“He comes to the world, as a gentleman comes To a lodging ready furnished.”

“No gentleman can be without three copies of a book: one for the show, one for use, and one for borrowers.”

“We must be gentle now we are gentlemen.”

“A gentleman is simply a patient wolf.”

“He whom we call a gentleman is no longer the man of Nature.”

“The look of a gentleman is little else than the reflection of the looks of the world.”

“A gentleman with a pug nose is a contradiction in terms.”

“We have only one rule here – to act like a gentleman at all times.”

“If the gentleman has an ability, he is magnanimous, generous, tolerant, and straightforward, through which he opens the way to instruct others.”

“It is almost a definition of a gentleman to say that he is one who never inflicts pain.”

“Perfect soldier, the perfect gentleman never gave offense to anyone, not even the enemy.”

“It is difficult to believe that a true gentleman will ever become a gamester, a libertine, or a sot.”

“A true gentleman is one that apologizes anyways, even though he has not offended a lady intentionally. He is in a class all of his own because he knows the value of a woman’s heart.”

“Anyone can be heroic from time to time, but a gentleman is something you have to be all the time.”

“A gentleman respects every woman in his life. If you can’t respect your own mother, forget about respecting your girlfriend.”

“A gentleman can live through anything.”

“A Gentleman is a prime example of what a man should be.”

“A gentleman has his eyes on all those present; he is tender toward the bashful, gentle toward the distant, and merciful toward the absent.”

“A gentleman is one who doesn’t and can’t forgive himself for the self-committed mistake even if others forget it and the self-criticism is a mark of his right attitude towards life.”

“Believe me, there exists no such dilemma as that in which a gentleman is placed when he is forced to reply to a blackguard.”

“A gentleman is one who never hurts anyone’s feelings unintentionally.”

“A gentleman’s choice of timepiece says as much about him as does his Saville Row suit.”

“A gentleman is one who never hurts anyone’s feelings unintentionally.”

“Make money and the whole nation will conspire to call you a gentleman.”