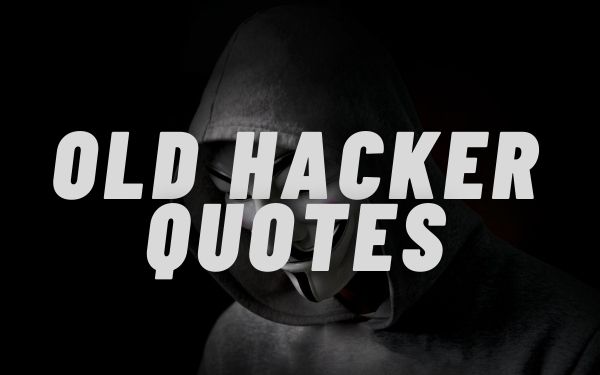 Below you will find our collection of inspirational, wise, and humorous old hacker quotes, hacker sayings, and hacker proverbs, collected over the years from a variety of sources.

“Hackers are arrogant geek romantics. They lack the attentive spirit of inquiry.” 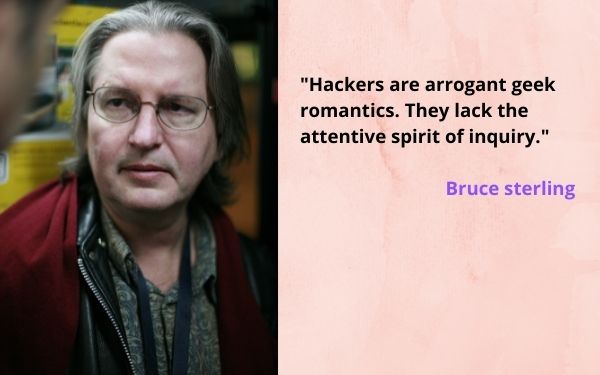 “Are hackers a threat? The degree of threat presented by any conduct, whether legal or illegal, depends on the actions and intent of the individual and the harm they cause.”

“Most hackers are young because young people tend to be adaptable. As long as you remain adaptable, you can always be a good hacker.”

“A fairly open secret that almost all systems can be hacked, somehow. It is a less spoken of secret that such hacking has actually gone quite mainstream.”

“Younger hackers are hard to classify. They’re probably just as diverse as the old hackers are. We’re all over the map.”

“A hacker is someone who uses a combination of high-tech cyber tools and social engineering to gain illicit access to someone else’s data.”

“Behind every successful Coder, there is an even more successful De-coder to understand that code.”

“A hacker is someone who enjoys playful cleverness, not necessarily with computers. The programmers in the old MIT free software community of the 60s and 70s referred to themselves as hackers. Around 1980, journalists who discovered the hacker community mistakenly took the term to mean “security breaker.”

“The hacker does for love what others would not do for money.”

“If you rate a programmer or coder 7.5/10 on a knowledge basis, you would definitely have to rate a hacker 10.”

“It’s actually a smarter crime because imagine if you rob a bank, or you’re dealing drugs. If you get caught you’re going to spend a lot of time in custody. But with hacking, it’s much easier to commit the crime and the risk of punishment is slim to none.”

“Hacking is not a crime, it’s a profession till the time you play with it safely.”

“Hacking just means building something quickly or testing the boundaries of what can be done.”

“There are more hackers breeding every day, and more brilliant minds are turning into hackers. Security has advanced, but so have hackers.”

“While many hackers have the knowledge, skills, and tools to attack computer systems, they generally lack the motivation to cause violence or severe economic or social harm.”

“The hacker mindset doesn’t actually see what happens on the other side, to the victim.”

“Flying down a tunnel of 1s and 0s is not how hacking is really done.”

“Hacking involves a different way of looking at problems that no one’s thought of.”

“The hackers don’t want to destroy the network. They want to keep it running, so they can keep making money from it.”

“The difference between a hacker and a consumer is a consumer says, “I wish it would work this way.” A hacker says, “I’ve got a screwdriver and a few minutes.”

“A hacker to me is someone creative who does wonderful things.”

“While the vast majority of hackers may be disinclined towards violence, it would only take a few to turn cyber terrorism into reality.”

“A hacker doesn’t deliberately destroy data or profit from his activities.”

“Hackers are actually good, pleasant, and extremely intelligent people who could keep computer criminals on the run.”

“Hackers are breaking the systems for profit. Before, it was about intellectual curiosity and pursuit of knowledge and thrill, and now hacking is big business.”

“It is only the inadequacy of the criminal code that saves the hackers from very serious prosecution.”

“If you give a hacker a new toy, the first thing he’ll do is take it apart to figure out how it works.”

“What hackers do is figure out technology and experiment with it in ways many people never imagined. They also have a strong desire to share this information with others and to explain it to people whose only qualification may be the desire to learn.”