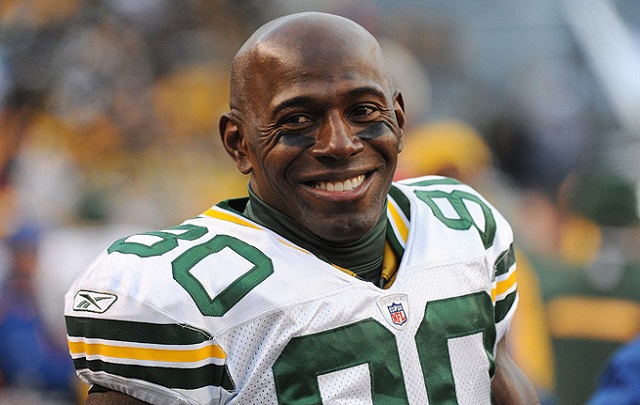 Donald Driver Quotes:- Donald Driver (born February 2, 1975) is a former American football wide receiver. After playing college football for Alcorn State University, Driver was picked by the Green Bay Packers in the seventh round of the 1999 NFL Draft. He spent his entire 14-season NFL career with the Packers and holds the franchise’s all-time records for most career receptions and receiving yards. The driver was a member of the Packers team that won Super Bowl XLV over the Pittsburgh Steelers.


Driver shone as an athlete early in his years at Milby High School in Houston. He lettered four times each in track, football, basketball, and baseball. He was a Texas All-State honorable mention in football, where he played at the wide receiver, defensive back, and kickoff return positions.

“Everywhere I go now, people are like, ‘That’s the guy from ‘Dancing With the Stars!’ It’s pretty good that you’re not just a football player but you’re in the entertainment world.”

“God has blessed me to be where I’m at today. All the trials and tribulations I faced throughout my career and life. Look at where I’m at now, I’m the all-time Packers leading receiver of that franchise. That tells you a lot.”

“Growing up the way I grew up, food was scarce. So when you had an opportunity to eat, you ate. When I graduated from high school and went to college, I weighed 160 pounds. So, I knew I had to put on the weight. I ate everything from fried food to fried chicken wings. When I came to Green Bay, I did the same thing because I was 172 pounds.” 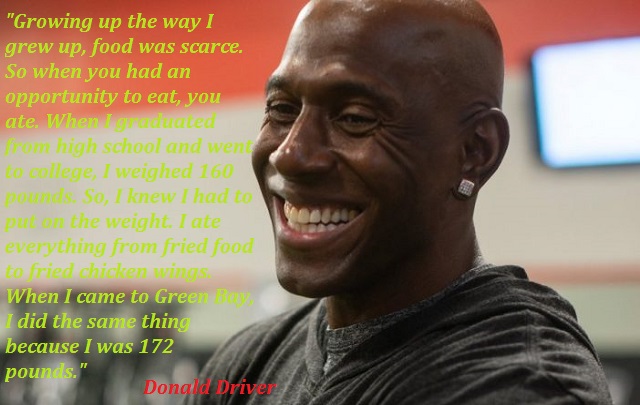 “I work out every day, and I challenge myself. I’ve got a couple of friends who do CrossFit; I’m not a huge CrossFit guy, but I love the challenge.”

“I’m born and raised in Houston, Texas, but Wisconsin is always going to be a home for me, and I’ll always be back.”

“I’m not trying to be the highest-paid receiver in the National Football League. I’ve never received that, and that’s not ever going to happen. So I’m fine with what I have, I make good money, and I’m happy about it.”

“It starts in the home environment. If the parents eat bad? Those kids are going to eat bad. If they see their parents stopping at McDonald’s or Pizza Hut, then that’s what they’re going to eat as well.”

“It took me 13 years to win a Super Bowl. But it only took me one season to win a ‘mirror ball.'”

“I’ve done a lot of kale as well as broccoli. I love it. Asparagus I couldn’t stand before, but now it is part of my meals. All three of those are greens that I never used to eat. Now, a smoothie for me is nothing but fruits and veggies and vanilla Greek yogurt.”

“My kids know there’s no candy, no soda, until the weekend. Those are the days they get to indulge in their sweets. We’re big on organic food. I’m not a diet guy; I don’t believe in diets. I just believe in a great meal plan.”

“People have always challenged me. People told me I was going to get this big beer belly when I got done playing. But I work out six days a week, and when I turn 40, I’m going to still have that six pack.”

“There is no way I could have played fourteen years in the NFL if I didn’t work my butt off on the practice field perfecting my technique or spend hours upon hours in the film room studying defenses.”

“This is an opportunity to walk away from the game knowing that I’ve given it all that I can.”

“Writing is a lot of fun for me; that’s not to say it’s easy, but I really do enjoy it.”

“You know, even though I feel that I can still play the game, God has made the answer clear to me. Retirement is now. I have to retire as a Green Bay Packer.”