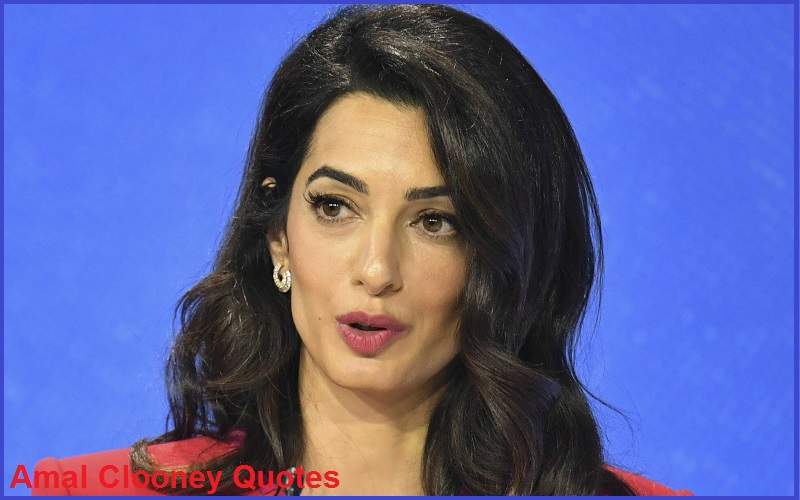 Her clients include Julian Assange, the founder of WikiLeaks, in his fight against extradition; the former prime minister of Ukraine, Yulia Tymoshenko; Egyptian-Canadian journalist Mohamed Fahmy; and Nobel Prize laureate Nadia Murad.

Amal is qualified to practice as a lawyer in the United States and the United Kingdom. She was admitted to the bar in New York in 2002 and in England and Wales in 2010.

“The first piece of advice I would have from my experience is that governments need to be vocal about human rights.”-Amal Clooney 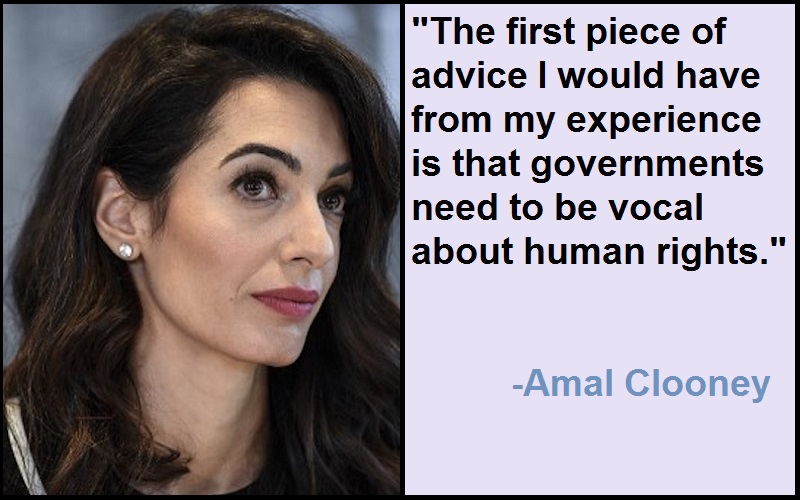 “I think it’s important for tourists to know the facts of what’s happening in the Maldives. I don’t think people realize that there’s a flogging taking place a kilometer away when they’re sunbathing in their resort.”-Amal Clooney

“WikiLeaks’ disclosures should be protected under the First Amendment.”-Amal Clooney

“Sentencing a political opponent to death after a show trial is no different to taking him out on the street and shooting him. In fact, it is worse because using the court system as a tool of state repression makes a mockery of the rule of law.”-Amal Clooney

“I remember all the stages in my career where I almost didn’t have enough confidence to try for something, almost didn’t have the guts to follow something I was excited about doing, because I didn’t know anyone else who’d done it, or other people made me question it.”-Amal Clooney

“If you are a lawyer, and you want to take on easier cases, you can prosecute traffic violations or something. You’d have a very high rate of success, and you probably could sleep more easily at night. But that’s not what drives me.”-Amal Clooney

“I wanted to do well academically. But it was equally important to do things in an effortless manner.”-Amal Clooney

“Democracy is dead in the Maldives.”-Amal Clooney

“My sister Tala has twins, and they’re wonderful.”-Amal Clooney

“There was a break in the proceedings when Peter Greste was deported, and that was considered sufficient then to allow the executive to intervene.”-Amal Clooney

“Locking up dissenters do not reduce dissent – it fosters it.”-Amal Clooney

“Protecting free speech is not only a matter of principle, but it is also pragmatic.”-Amal Clooney

“I think the international community should be ashamed that they haven’t done more for the Yazidis.”-Amal Clooney

“My name means ‘hope’ in Arabic, and I was born when there was a war in Lebanon.”-Amal Clooney

“I hate the idea that you somehow, as a human being, have to be put in a box. There’s no reason why lawyers can’t be fun – or actresses can’t be serious.”-Amal Clooney

“No government intent on persecuting its critics will want to leave the outcome of a trial to chance.”-Amal Clooney