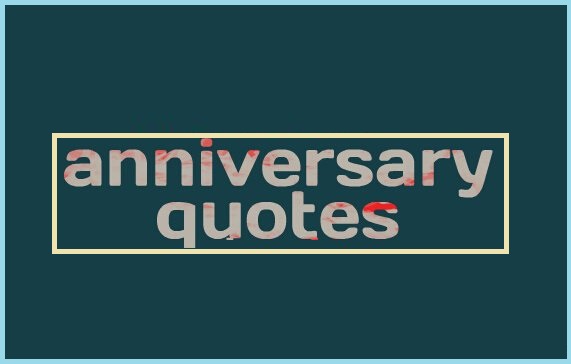 Anniversary Quotes:-An anniversary is the date on which an event took place or an institution was founded in a previous year, and may also refer to the commemoration or celebration of that event.

For example, the first event is t he initial occurrence or, if planned, the inaugural of the event. One year later would be the first anniversary of that event. The word was first used for Catholic feasts to commemorate saints.

Below you will find our collection of inspirational, wise, and humorous anniversary quotes, anniversary sayings, and anniversary proverbs, collected over the years from a variety of sources.

A lot of good love can happen in ten years.

A wedding anniversary is the celebration of love, trust, partnership, tolerance and tenacity. The order varies for any given year. 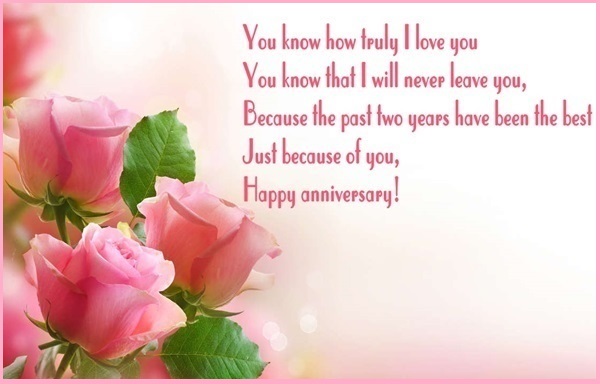 After about 20 years of marriage, I’m finally starting to scratch the surface of what women want. And I think the answer lies somewhere between conversation and chocolate.

An anniversary is a reminder as to why you love and married this person.

Anniversaries are like birthdays: occasions to celebrate and to think ahead, usually among friends with whom one share not only the past but also the future. 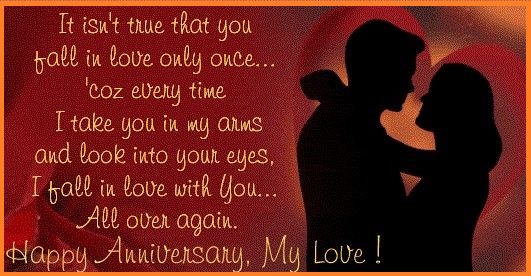 Chains do not hold a marriage together. It is threaded, hundreds of tiny threads, which sew people together through the years.

I dated a lot, but I never really had anyone who was worthy of an anniversary. And most girlfriends never made it to a year, anyway.

I feel there should have been some recognition of the Spice Girls at this year’s 25th anniversary. We flew the flag for Britain around the globe in the 1990s and we achieved a hell of a lot.

I love being my husband’s wife.

I love my wife, she deserves anything and everything.

I think long-lasting, healthy relationships are more important than the idea of marriage. At the root of every successful marriage is a strong partnership.

I think we take it for granted that if you are with your husband after 30 years, then he is the love of your life.

In June as many as a dozen species may burst their buds on a single day. No man can heed all of these anniversaries; no man can ignore all of them.

Anniversary Quotes for Your Husband

In terms of my marriage, you know, falling in love with my husband was by far the best thing that’s ever happened to me.

I’ve been in love with the same woman for forty-one years. If my wife finds out, she’ll kill me.

Love is not weakness. It is strong. Only the sacrament of marriage can contain it.

Marriage is a coming together for better or for worse, hopefully enduring, and intimate to the degree of being sacred.

Marriage is an act of will that signifies and involves a mutual gift, which unites the spouses and binds them to their eventual souls, with whom they make up a sole family – a domestic church.

Marriage is the most natural state of man, and… the state in which you will find solid happiness.

May you live all the days of your life.

More marriages might survive if the partners realized that sometimes the better comes after the worse.

Never tell a secret to a bride or a groom; wait until they have been married longer.

Best Anniversary Quotes For Him & Her

One should believe in marriage as in the immortality of the soul.

So I think you have to marry for the right reasons and marry the right person.

Some people ask the secret of our long marriage. We take time to go to a restaurant two times a week. A little candlelight, dinner, soft music and dancing. She goes Tuesdays, I go Fridays.

That there’s no more important decision in life than who you marry.Brad Paisley
The bonds of matrimony are like any other bonds – they mature slowly.

The concept of two people living together for 25 years without a serious dispute suggests a lack of spirit only to be admired in sheep.

The public does get behind me, and I love the crowd. When I’m ever in London, they give me massive support – the Anniversary Games, the cheers; they are always nice to me.

The secret of a happy marriage is finding the right person. You know they’re right if you love to be with them all the time.

There is no more lovely, friendly and charming relationship, communion or company than a good marriage.

We are not the same persons this year as last; nor are those we love. It is a happy chance if we, changing, continue to love a changed person.

Yes, it was love at first sight. I feel that after all these years, I have finally found my soul mate.

You were made perfectly to be loved – and surely I have loved you, in the idea of you, my whole life long.