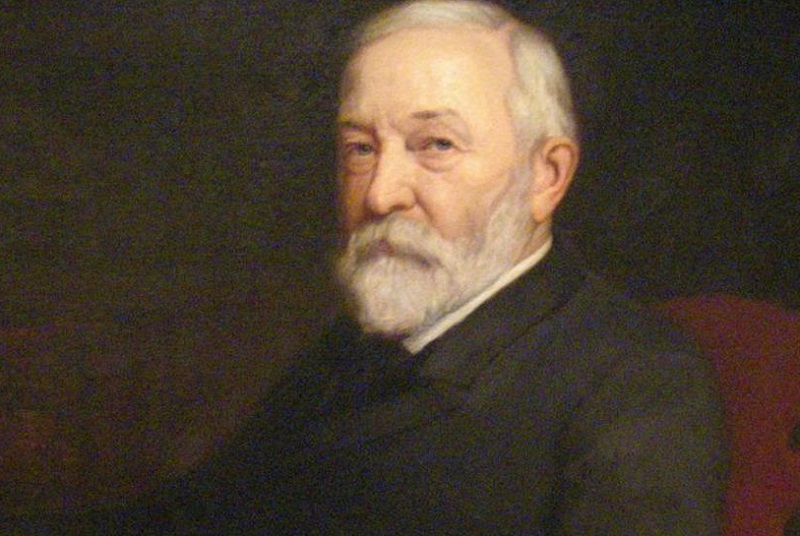 Benjamin Harrison Quotes:- Benjamin Harrison (August 20, 1833 – March 13, 1901) was an American politician and lawyer who served as the 23rd president of the United States from 1889 to 1893. He was a grandson of the ninth president, William Henry Harrison, creating the only grandfather-grandson duo to have held the office.


He was also the great-grandson of Benjamin Harrison V, a founding father. Before ascending to the presidency, Harrison established himself as a prominent local attorney, Presbyterian church leader, and politician in Indianapolis, Indiana. During the American Civil War, he served in the Union Army as a colonel and was confirmed by the U.S. Senate as a brevet brigadier general of volunteers in 1865. 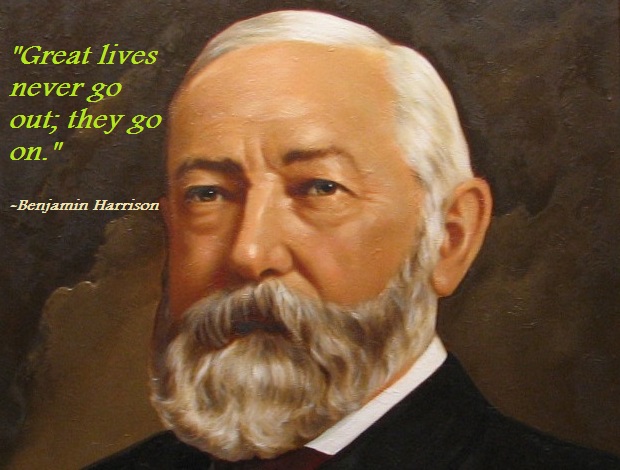 “I knew that my staying up would not change the election result if I were defeated, while if elected I had a hard day ahead of me. So I thought a night’s rest was best in any event.”-Benjamin Harrison

“I pity the man who wants a coat so cheap that the man or woman who produces the cloth will starve in the process.”-Benjamin Harrison

“No other people have a government more worthy of their respect and love or a land so magnificent in extent, so pleasant to look upon, and so full of generous suggestion to enterprise and labor.”-Benjamin Harrison

“The bud of victory is always in the truth.”-Benjamin Harrison 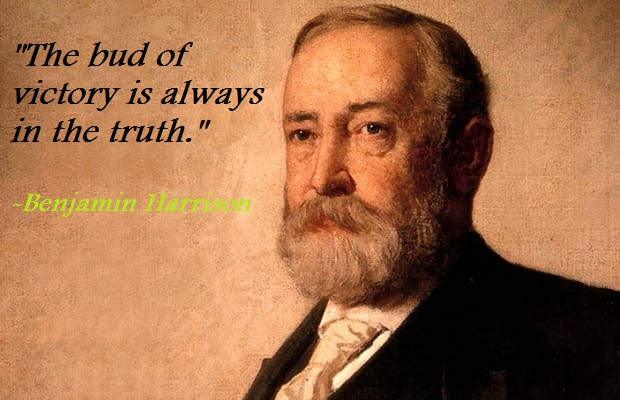 “There never has been a time in our history when work was so abundant or when wages were as high, whether measured by the currency in which they are paid or by their power to supply the necessaries and comforts of life.”-Benjamin Harrison

“This Government has found occasion to express, in a friendly spirit, but with much earnestness, to the Government of the Czar, its serious concern because of the harsh measures now being enforced against the Hebrews in Russia.”-Benjamin Harrison

“We Americans have no commission from God to police the world.”-Benjamin Harrison

“When and under what conditions is the black man to have a free ballot? When is he in fact to have those full civil rights which have so long been his in law?”-Benjamin Harrison