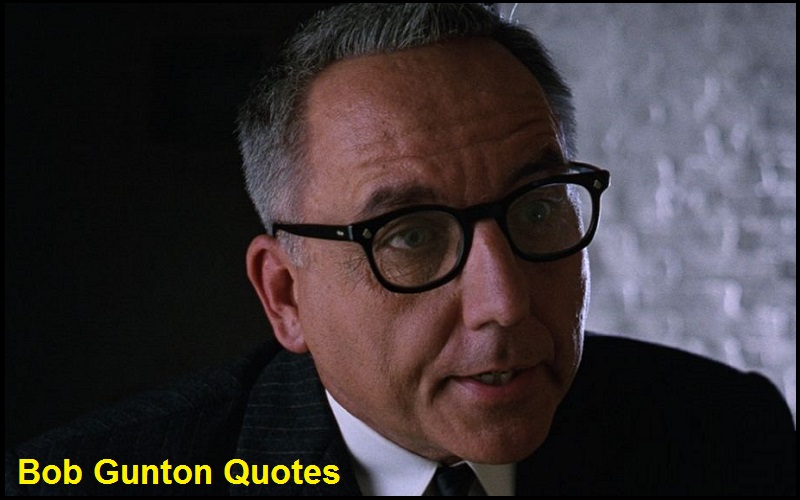 President Juan Peron in the original Broadway production of Evita, for which he received a Tony Award nomination. He also appears in the Daredevil TV series as Leland Owlsley.

“I was a grunt, walking around in the jungle of Vietnam, trying not to find the enemy. Because I am so big, they were going to give me either a heavy radio or a huge machine gun to carry. I carried a radio.”-Bob Gunton 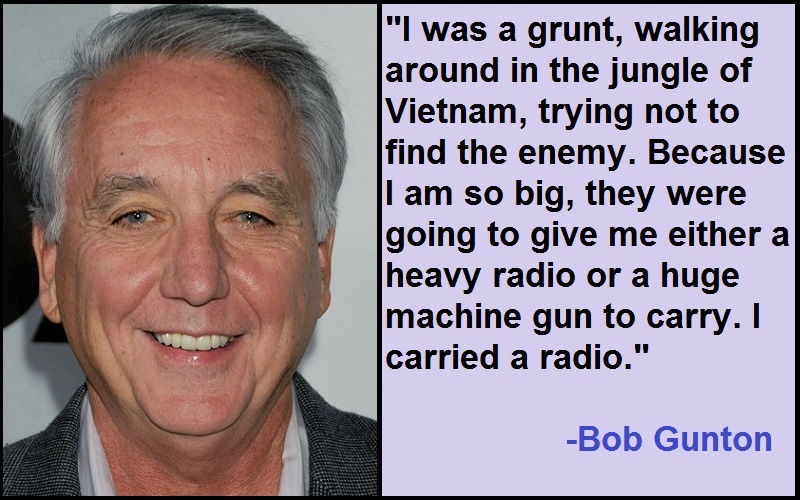 “Among the roles I’ve played on stage, television and in films were politicos as diverse as Abe Lincoln, Juan Peron, Herman Goering, George Wallace, and both Roosevelts.”-Bob Gunton

“My first presidential primary vote was for Bobby Kennedy.”-Bob Gunton

“In film roles, I play a lot of heavies and a lot of bad guys, so I tend to be the jokester and the good-time Charlie on the set.”-Bob Gunton

“As a matter of fact, I decided in high school that I was going to go to the seminary. And I did the study with the Paulist Fathers for two years after high school in full anticipation of becoming a priest.”-Bob Gunton

“I grew up in California, which was not – at least in the ’50s and ’60s – a cultural oasis by any means. Certainly not Orange County, anyway.”-Bob Gunton

“And I’m a Catholic, from an Irish Catholic family, and we know plenty of stuff about guilt.”-Bob Gunton

“I was the adoring son of a Welsh-Irish father, a dyed-in-the-wool Democrat, a Catholic Knight of Columbus who was a blue-collar, trade union organizer and, not surprisingly, a fervid Nixon-hater.”-Bob Gunton