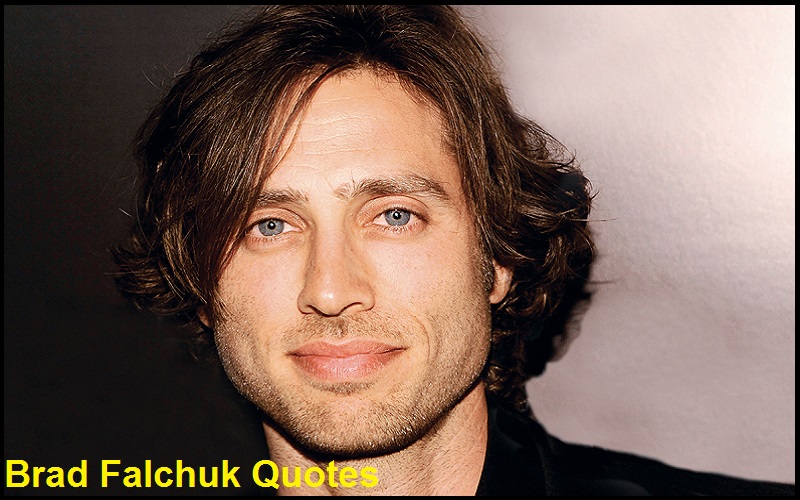 Brad Falchuk Quotes:- Brad Falchuk (born March 1, 1971) is an American television writer, director, and producer.  He is also a writer and executive producer for the television series Nip/Tuck.

Falchuk was born in Massachusetts, to Jewish parents. His mother is Nancy Falchuk, the national president of the Hadassah Women’s Zionist Organization of America from 2007 to 2011.

“The East Coast, and certainly Boston, has a provincial quality to it that makes it harder to bust out and move up. Try to be too different and they’ll pull you down.”-Brad Falchuk 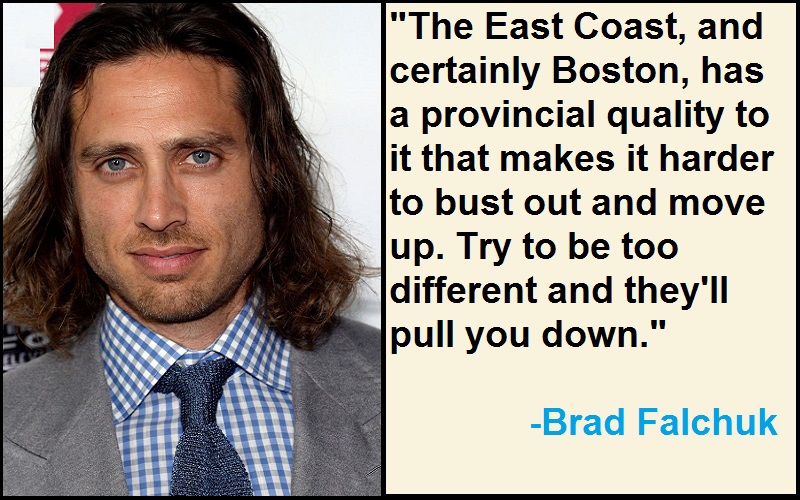 “One of the main pitfalls of any theoretically “niche” show is that you spend too much time on the “niche” and not enough time on the “show.”-Brad Falchuk

“Any great character is the combination of a brilliant actor and the right writing.”-Brad Falchuk

“Every teenager feels a wanting, a desire for something more, to be heard, to be seen.”-Brad Falchuk

“I love it when characters surprise you, just like real people. When I write a scene I just try to make the characters behave in a way that feels natural to them. Sometimes that means they make a left turn and do something unexpected. Those are always the best scenes in my opinion.”-Brad Falchuk