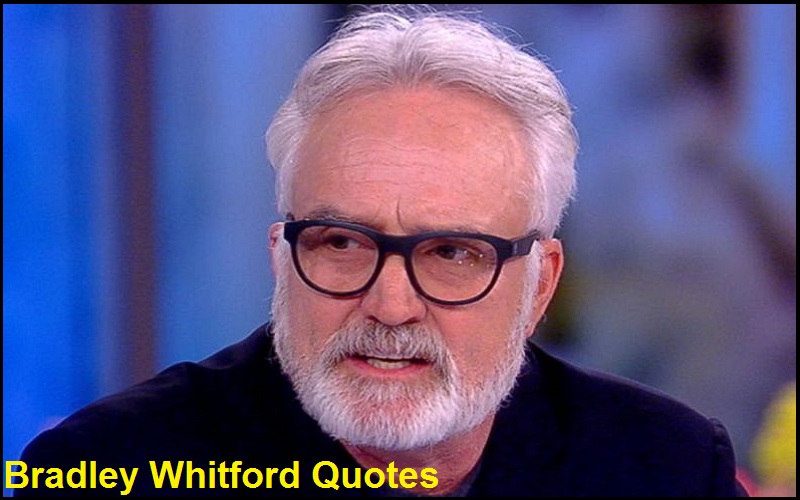 Bradley Whitford Quotes:- Bradley Whitford (born October 10, 1959) is an American actor and political activist. He portrayed White House Deputy Chief of Staff Josh Lyman in the NBC television drama The West Wing, for which he was nominated for three consecutive Primetime Emmy Awards from 2001 to 2003, winning in 2001. This role also earned him three consecutive Golden Globe Award nominations.

“We’re telling a story. And the demands of that are different from the demands of a documentary. The audience must believe in order to keep faith in the story.”-Bradley Whitford 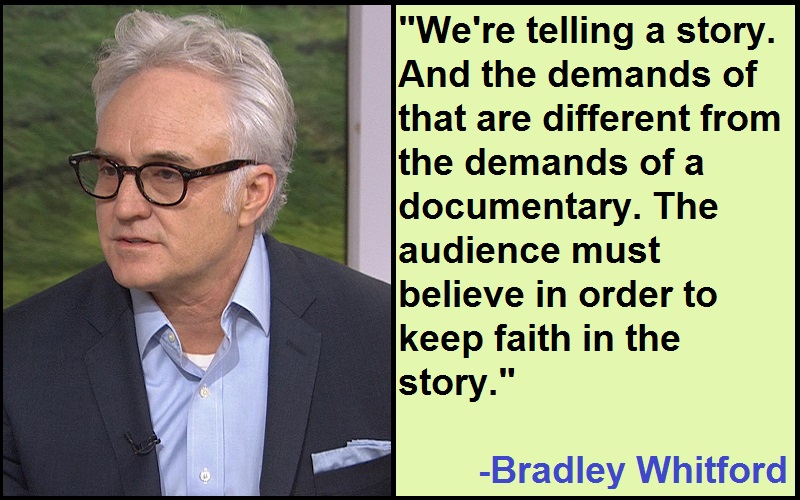 “Juilliard was four years, and I called it ‘med school with guaranteed unemployment at the end.’ And it ends: you’re getting ready to go out and be an actor, and… nothing.”-Bradley Whitford

“The issue for my character and the issue of the show is, how dirty do your feet have to get without suffocating yourself in the mud in order to get an inch of what you really want to be done?”-Bradley Whitford

“One of the most surreal moments in this election was after the third debate, when I heard a talking head say, Al Gore won on substance, on the issues. But you have to give the victory to Bush because he seems presidential.”-Bradley Whitford

“I was at the vice president’s Christmas party. I thought that his speech was spectacular, and I knew that it was a very emotional and difficult thing for him to do, but I admonished him for not waiting just one more stinking day.”-Bradley Whitford

“I identify with this guy’s frustration and inability to control his fury at moments. I even identify with the way that this guy covers up a lot with humor. So yeah, it’s interesting.”-Bradley Whitford

“I grew up in Wisconsin. It’s not like growing up in New York or L.A., where you know somebody’s cousin who does this. It was in the back of my mind, but I would never say that I wanted to be an actor, but as I look back, I was in every play I could possibly be in.”-Bradley Whitford

“When you act, you’re always playing a version of yourself. You can’t bring more to the role than what you are.”-Bradley Whitford

“You don’t want your credibility banana to turn brown, but you do want to speak out about what you believe in.”-Bradley Whitford

“An experience like ‘The West Wing’ is what I would imagine – even though I’ve never done it – that surfing feels like. It’s, like, ‘Whoa! I can just stand up here and ride this without all the anxiety!”-Bradley Whitford

“Having an affair with an intern is just an incredibly stupid thing to do.”-Bradley Whitford

“Cal Ripken is steady, he focuses on his job, and he’s a good guy.”-Bradley Whitford

“Love means never having to say you’re a zero.”-Bradley Whitford

“Misogyny is at the reptilian brain stem of a lot of right-wing politics.”-Bradley Whitford

“You don’t want to become one of those Hollywood idiots who is just blathering about anything.”-Bradley Whitford

“John Wells let me write a couple of West Wings, which was an incredible gift. I loved it once I got past the brain injury part of it, and so I’m working on a couple of things that are far from fruition, but what I want to pursue.”-Bradley Whitford