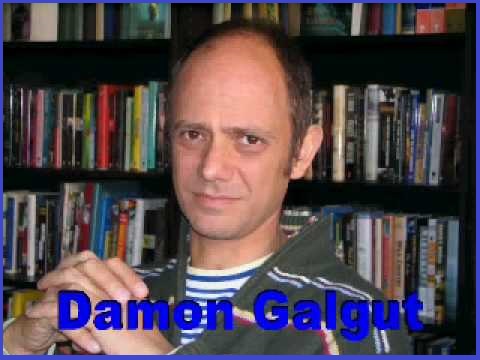 Damon Galgut Quotes:-Damon Galgut is an award-winning South African playwright and novelist. Galgut was born in Pretoria, South Africa in 1963. His family, of European stock, had strong ties to the South African judiciary. When he was six years old, Galgut was diagnosed with cancer, a trauma which he has described as “the central, cataclysmic event of my life”.

He fell very ill and spent long stretches of his childhood in the hospital. His love of storytelling developed at this time as he lay convalescing in his hospital bed, listening to relatives reading stories to him. 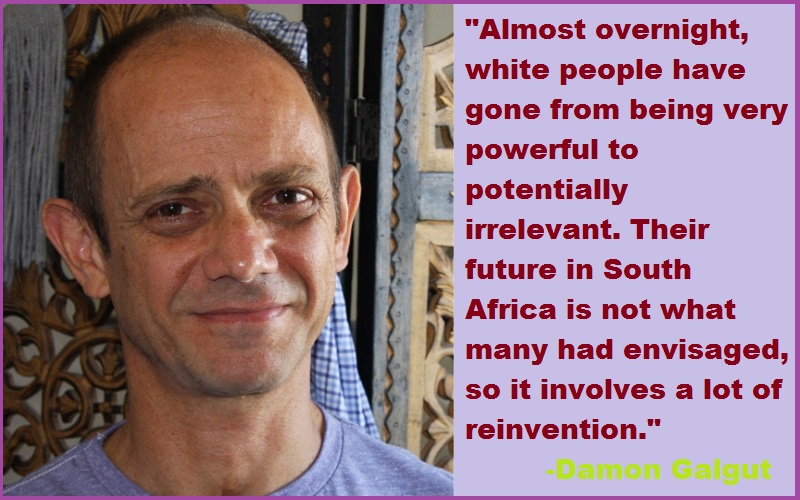 “Almost overnight, white people have gone from being very powerful to potentially irrelevant. Their future in South Africa is not what many had envisaged, so it involves a lot of reinvention.”-Damon Galgut

“Any radical change or trauma always makes for an interesting subject matter, but then all stories deal, to some extent, with the disjuncture between past and present.”-Damon Galgut

“Arctic Summer,’ as you might know, is the title of Forster’s unfinished novel.”-Damon Galgut

“Being gay myself, I’m naturally drawn to the interactions between men rather than men and women.”-Damon Galgut 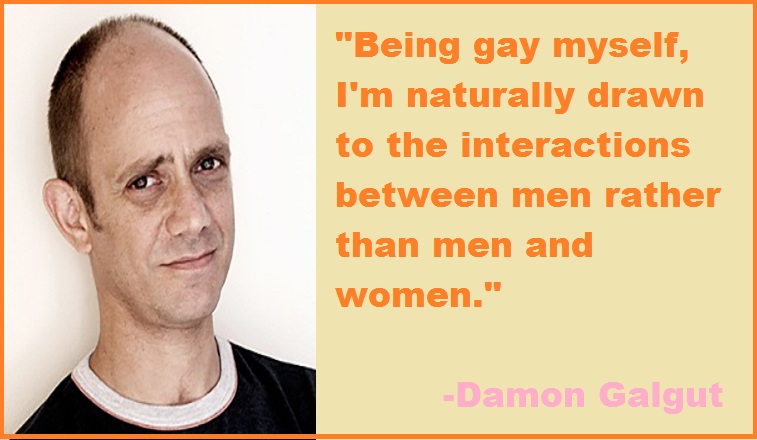 “I first went to India because of my interest in yoga, hoping to go to the Iyengar Centre in Pune for a while. That didn’t work out, but I ended up on a beach in Goa, writing.”-Damon Galgut

“I go for long walks in Newlands Forest in Cape Town, and I go to the Turkish baths on Sunday mornings.”-Damon Galgut

“For the first five years of my life, things felt pretty good. A lot went wrong after that, family-wise.”-Damon Galgut

“Unrequited affection is very painful for the lover, but it can have unexpected, creative consequences.”-Damon Galgut

In a Strange Room Quotes by Damon Galgut

“If I had done this, if I had said that, in the end, you are always more tormented by what you didn’t do than what you did, actions already performed can always be rationalized in time, the neglected deed might have changed the world.”-Damon Galgut

“I think there’s something very dark in the South African psyche. I think we live a lot of the time in a state of a very low-grade civil war; the levels of violence in South Africa are extremely high. In a way, the civil war that never happened is being played out in a covert way, so we live with a lot of very ugly things.”-Damon Galgut

“I try to get going early, on the assumption that the way you begin your day is the way you continue. But certain books only want to be written at night, so there’s no hard rule where work is concerned.”-Damon Galgut

“I work by hand, with a fountain pen, inbound notebooks I buy in India.”-Damon Galgut

“I wrote large chunks of ‘The Impostor’ and ‘The Good Doctor on a beach in Goa.”-Damon Galgut

“I’m constitutionally incapable of working on planes or trains, and airports are definitely out.”-Damon Galgut

“I’m fascinated by how much has changed from one generation to another. There are young people growing up now for whom apartheid is just a distant memory and the idea of military service is an abstract notion.”-Damon Galgut

“I’m not designed to interact with society.”-Damon Galgut

“India I have visited a great many times, though there is a lot about it I will never understand.”-Damon Galgut

“It’s been unsettling to discover that every form of narrative, even one that purports to tell the truth, is a kind of lying.”-Damon Galgut

“It’s expected of novels that they should explain the world and create the illusion that things are ultimately logical and coherent. But that’s not what I see around me. Often, events remain mysterious and unresolved, and our emotions reach no catharsis.”-Damon Galgut

“I’ve been wanting to write a book about what goes into creating a novel, and the story behind ‘A Passage to India’ is especially interesting.”-Damon Galgut

“Literature at its fullest takes human nature as its theme. That’s the kind of writing that interests me.”-Damon Galgut

“Most writers battle with periods of being blocked; it’s almost an occupational hazard. But in the writing of his last and greatest novel, ‘A Passage to India,’ E. M. Forster got stuck for nine years.”-Damon Galgut

“One of the questions writers bump up against in their work, whether they know it or not, is about lying. Because fiction is a form of deceit, and one’s abilities are measured by how convincingly one can persuade readers that these events really happened.”-Damon Galgut

“I like to believe that if you pay close attention to the sentences as they unfold, they will draw you in rather than pushing you away.”-Damon Galgut

“Perhaps cliche is nothing more than the weight of the past pinning down your mind. In this sense, imaginative freedom is a way of finding the future, though it isn’t so easy to do.”-Damon Galgut

“Rian Malan was one of the first younger writers to perceive and write about the darkness in the South African psyche that goes deeper than mere politics. To some extent, that’s my territory, too.”-Damon Galgut

“Something in a writer’s brain needs to watch everything with a detached, amoral eye.”-Damon Galgut

“South Africa is highly politicized; even small issues become politicized, and it becomes quite bitter.”-Damon Galgut

“Stationery gets me excited because it has an individual character, unlike computers, which may be convenient but are generic and bland.”-Damon Galgut

“There aren’t a lot of ‘Aha!’ moments in writing.”-Damon Galgut

“Traveling is one of the few zones of experience where you are not directly plugged into the world around you. You’re not part of the society you’re passing through.”-Damon Galgut

“I should confess that I’m woefully under-read in South African fiction.”-Damon Galgut

“While apartheid was in operation, the set-up was a gift for writers if you were looking for a big theme.”-Damon Galgut

“Writing is not like acting, where you can pull these little stunts that create a particular effect. Words are all it is about, and the way you use words has to be individual and particular to you.”-Damon Galgut

“Writing is very good for household tasks. Because you’d rather fix a dripping tap or paint an old wall – you’d rather do almost anything than sit and write. I have to reach a point of obsession in order to write, and so I find starting a book incredibly difficult.”-Damon Galgut

“Yoga helps me with a composed and serene state of mind, which is good for writing.”-Damon Galgut