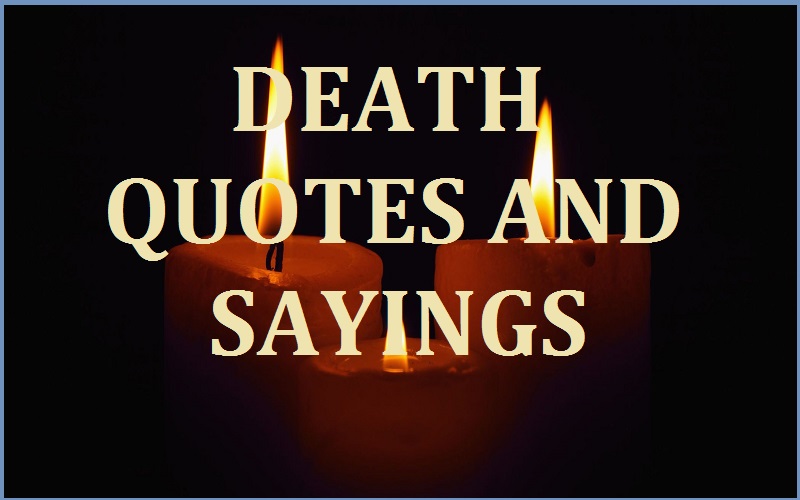 Death Quotes:-Death is the cessation of all biological functions that sustain a living organism. In most cases, bodies of living organisms begin to decompose shortly after death.

Below you will find our collection of inspirational, wise, and humorous old death quotes, death sayings, and death proverbs, collected over the years from a variety of sources. 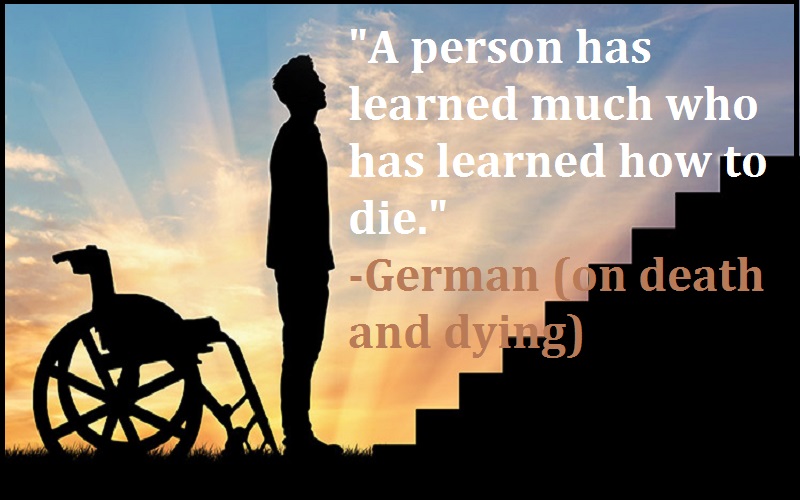 “Death keeps no calendar.”-English (on death and dying)

“Six feet of earth makes us all equal.”-Italian (on death and dying)

“No one wants to die. Even people who want to go to heaven don’t want to die to get there. And yet death is the destination we all share. No one has ever escaped it. And that is as it should be because Death is very likely the single best invention of Life. It is Life’s change agent. It clears out the old to make way for the new.”-Steve Jobs

“Death is nothing, but to live defeated and inglorious is to die daily.”-Napoleon Bonaparte

“I would rather die a meaningful death than to live a meaningless life.”-Corazon Aquino

“Each night, when I go to sleep, I die. And the next morning, when I wake up, I am reborn.”-Mahatma Gandhi 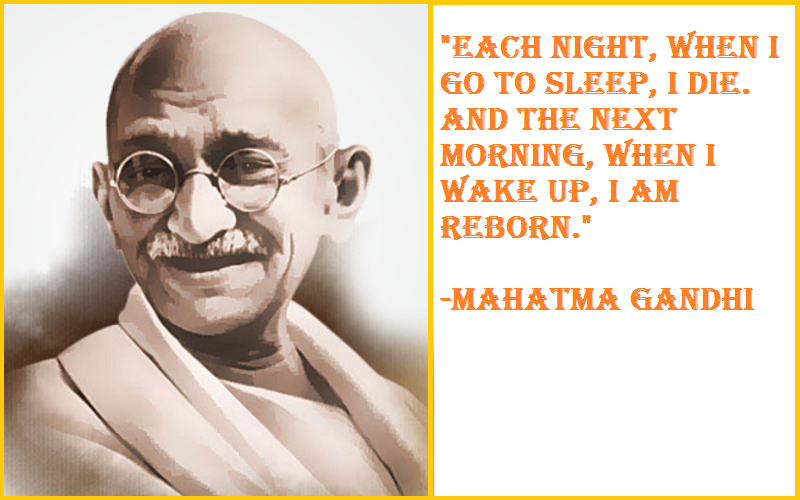 “The fear of death is the most unjustified of all fears, for there’s no risk of accident for someone who’s dead.”-Albert Einstein

“I am not afraid of death, I just don’t want to be there when it happens.”-Woody Allen

“It is not death that a man should fear, but he should fear never beginning to live.”-Marcus Aurelius

“To the well-organized mind, death is but the next great adventure.

“Life is for the living. Death is for the dead. Let life be like music. And death a note unsaid.”-Langston Hughes

“When people don’t express themselves, they die one piece at a time.”-Laurie Halse Anderson

“I’m not afraid of death. It’s the stake one puts up in order to play the game of life.”-Jean Giraudoux

“A man does not die of love or his liver or even of old age; he dies of being a man.”-Percival Arland Ussher

“Death is a distant rumor to the young.”-Andrew A. Rooney

“Life is eternal, and love is immortal, and death is only a horizon, and a horizon is nothing save the limit of our site.”-Rossiter Worthington Raymond

“To fear death, my friends is only to think ourselves wise, without being wise: for it is to think that we know what we do not know. For anything that men can tell, death may be the greatest good that can happen to them: but they fear it as if they knew quite well that it was the greatest of evils. And what is this but that shameful ignorance of thinking that we know what we do not know?”-Socrates

“Every man must do two things alone; he must do his own believing and his own dying.”-Martin Luther

“Death is the wish of some, the relief of many, and the end of all.”-Seneca

“Our dead are never dead to us until we have forgotten them.”-George Eliot

“Good men must die, but death cannot kill their names.”-Proverb

“Thank Heaven! the crisis –The danger, is past, and the lingering illness, is over at last –, and the fever called ”Living” is conquered at last.”-Edgar Allan Poe

“Death – the last sleep? No, it is the final awakening.”-Walter Scott

“The first breath is the beginning of death.”-Thomas Fuller