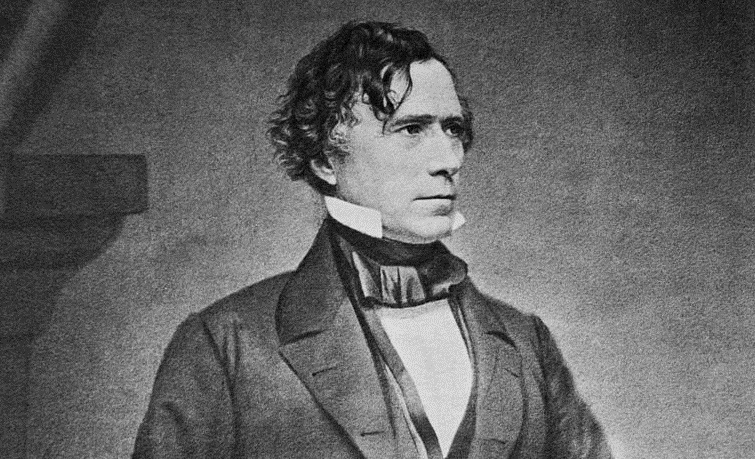 Franklin Pierce Quotes:- Franklin Pierce (November 23, 1804 – October 8, 1869) was the 14th president of the United States (1853–1857), a northern Democrat who saw the abolitionist movement as a fundamental threat to the unity of the nation. He alienated anti-slavery groups by championing and signing the Kansas–Nebraska Act and enforcing the Fugitive Slave Act.

Born on November 23, 1804, in Hillsborough, New Hampshire, Franklin Pierce was the son of Benjamin Pierce, a hero of the American Revolution who was twice elected governor of New Hampshire. The younger Pierce graduated from Bowdoin College in 1824 and began studying law.

A member of the Democratic Party and a steadfast supporter of Andrew Jackson, Pierce began serving in Congress in 1833. In 1834, he married Jane Appleton, the daughter of a former Bowdoin president.

“A Republic without parties is a complete anomaly. The histories of all popular governments show absurd is the idea of their attempting to exist without parties.”–Franklin Pierce

“Frequently the more trifling the subject, the more animated and protracted the discussion.”-Franklin Pierce

“The dangers of a concentration of all power in the general government of a confederacy so vast as ours are too obvious to be disregarded.”-Franklin Pierce

“With the Union my best and dearest earthly hopes are entwined.”-Franklin Pierce