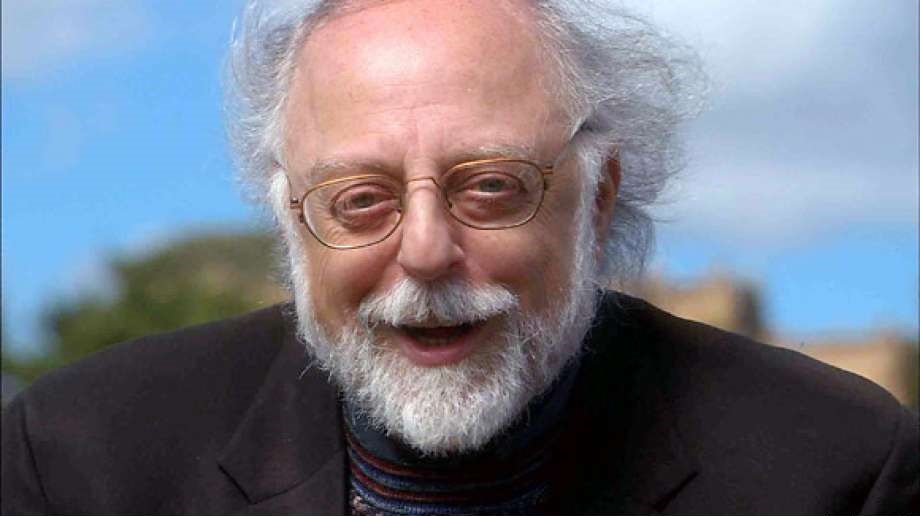 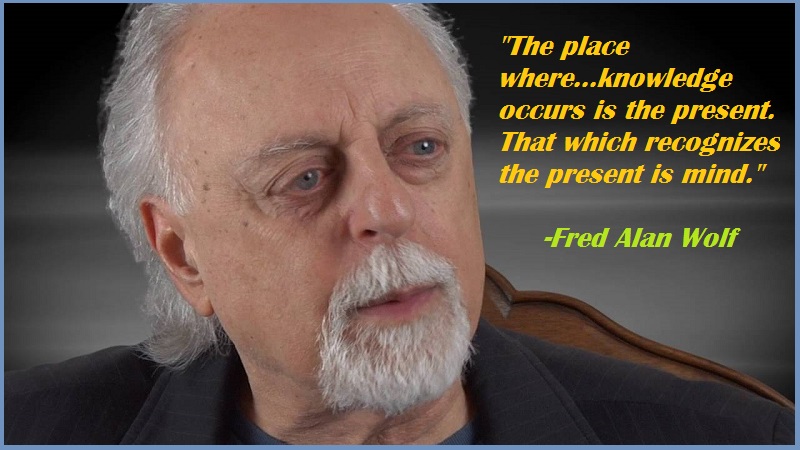 Fred Alan Wolf Quotes:- Fred Alan Wolf (born December 3, 1934) is an American theoretical physicist specializing in quantum physics and the relationship between physics and consciousness. He is a former physics professor at San Diego State University and has helped to popularize science on the Discovery Channel. He is the author of a number of physics-themed books including Taking the Quantum Leap (1981), The Dreaming Universe (1994), Mind into Matter (2000), and Time Loops and Space Twists (2011).

“The place where…knowledge occurs is the present. That which recognizes the present is mind.”-Fred Alan Wolf

“Dreams – Language in a dream is unspoken but understood. Words get in the way.”-Fred Alan Wolf

“The shamanic realm is to get you out of the word set. For skeptics, that’s impossible, and they just can’t see that and it just makes no sense.”-Fred Alan Wolf

“What I thought was unreal now, for me, seems in some ways to be more real than what I think to be real, which seems now to be unreal.”-Fred Alan Wolf 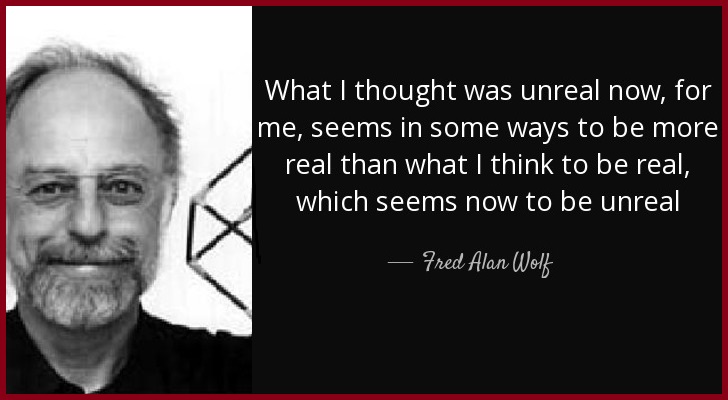 “Asking yourself deeper questions opens up new ways of being in the world. It brings in a breath of fresh air. It makes life more joyful. The real trick to life is not to be in the know, but to be in the mystery.”-Fred Alan Wolf

“Quantum physics really begins to point to this discovery. It says that you can’t have a Universe without mind entering into it and that the mind is actually shaping the very thing that is being perceived.”-Fred Alan Wolf

“Learning to see the love and to express that love is the purpose of living this life. What’s real has love at its heart; the universe is constructed from love, and that love is very much tied to our power of attention and imagination.”-Fred Alan Wolf

“Reality gets created through acts of observation”-Fred Alan Wolf

“Consciousness is the creative element in the universe. Without it, nothing would appear.”-Fred Alan Wolf 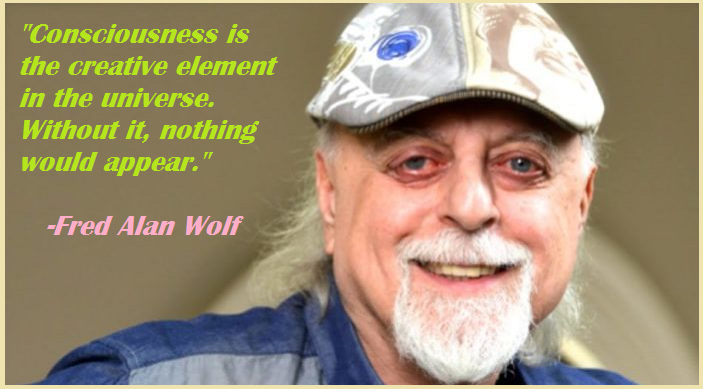 “I read that Buddha was able to see all of his past lives, and I realized the only way any of these people could do that is by being outside of time.”-Fred Alan Wolf

“The quantum is that embarrassing little piece of thread that always hangs from the sweater of space-time. Pull it and the whole thing unravels.”-Fred Alan Wolf

“I believe, or sense, that the universe has not been constructed from a purely mechanical, logical, rational point of view, but there is a magic afoot in the universe, that God can be looked at as a kind of a magician in which we get to perform tricks ourselves, without knowing that we’re doing so.”-Fred Alan Wolf

“The self is fundamentally an illusion arising as a reflection of the soul in matter, much as a clear lake at midnight reflects the moon.”-Fred Alan Wolf

“People who are creative often will spend hours doing something and come out of their period of creation and not even notice that hours have passed. In that sense, they’re able to time travel.”-Fred Alan Wolf

“In very subtle ways, how we regard ourselves and others continually changes us into something new.”-Fred Alan Wolf

“I think a lot of psychological healing tends to work on that basis. We go into the unconscious to find what’s holding you back, so to speak, and I think there is an unconscious body image that may be responsible for the unhealing that’s taking place.”-Fred Alan Wolf

“You had to be able to lift yourself outside of the time stream – and that essentially became what is called the yoga of time travel.”-Fred Alan Wolf

“To understand that, we have to begin to imagine what a universe would be like if there wasn’t anything in it called Mind. If that was the case, according to quantum physics now, then every possibility would also come into existence as every other possibility.”-Fred Alan Wolf

“What is the relationship of the obvious things that we see around us to the things that we believe we understand within ourselves? This is the ancient alchemical formula: “as above, so below, as within, so without.””-Fred Alan Wolf

“I am not talking to you from the point of view of just wishful thinking, or imaginary craziness. I’m talking to you from a deeper basic understanding – quantum physics really begins to point to this discovery, it says that you can’t have a universe without mind entering into it, the mind is actually shaping the very thing that is being perceived.”-Fred Alan Wolf