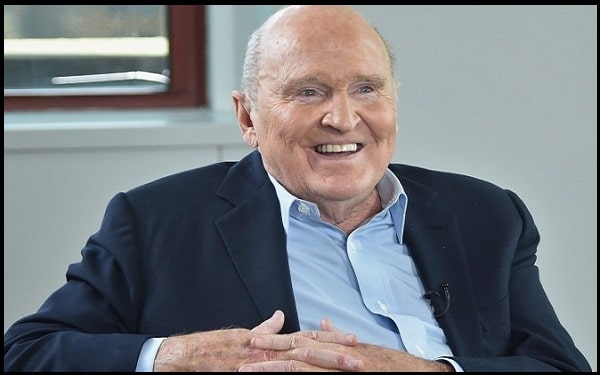 He was chairman and CEO of General Electric between 1981 and 2001. When he retired from GE he received a severance payment of $417 million, the largest such payment in history.

He was named the vice president and head of the Consumer Products and Services Division in 1977; he became the Vice-Chairman in 1979.

Within two decades of joining GE, he had risen through various ranks to attain one of the topmost positions. He was an able leader, though also considered brutal for his firing policies.

“An organization’s ability to learn, and translate that learning into action rapidly, is the ultimate competitive advantage.”-Jack Welch 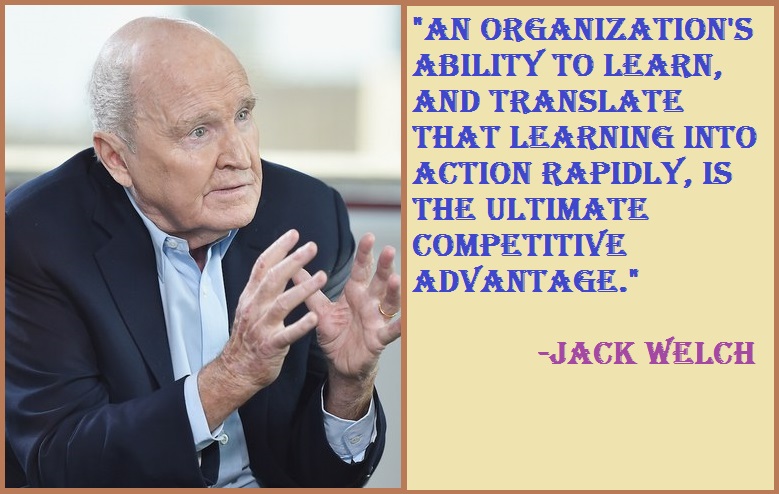 “Change before you have to.”-Jack Welch

“Control your own destiny or someone else will.”-Jack Welch

“Don’t manage – lead change before you have to.”-Jack Welch

“Face reality as it is, not as it was or as you wish it to be.”-Jack Welch

“Give me a highly successful unionized industry.”-Jack Welch

“Giving people self-confidence is by far the most important thing that I can do. Because then they will act.”-Jack Welch

“Globalization has changed us into a company that searches the world, not just to sell or to the source, but to find intellectual capital – the world’s best talents and greatest ideas.”-Jack Welch

“Good business leaders create a vision, articulate the vision, passionately own the vision, and relentlessly drive it to completion.”-Jack Welch

“I don’t feel undertaxed in any way at all.”-Jack Welch

“I was afraid of the internet… because I couldn’t type.”-Jack Welch

“If GE’s strategy of investment in China is wrong, it represents a loss of a billion dollars, perhaps a couple of billion dollars. If it is right, it is the future of this company for the next century.”-Jack Welch

“If you don’t have a competitive advantage, don’t compete.”-Jack Welch

A Collection of Quotes from Jack Welch

“If you don’t have public hangings for bad culture in a company if you don’t take people out and let them say, they went home to spend more time with the family. It’s crazy.”-Jack Welch

“If you have a reputation as a big, stiff bureaucracy, you’re stuck.”-Jack Welch

“If you pick the right people and give them the opportunity to spread their wings and put compensation as a carrier behind it you almost don’t have to manage them.”-Jack Welch

“In my lifetime, Mitt Romney is the most qualified leader I’ve ever seen run for the presidency of the United States.”-Jack Welch

“I’ve learned that mistakes can often be as good a teacher as success.”-Jack Welch

“Management is all about managing in the short term while developing the plans for the long term.”-Jack Welch

“My main job was developing talent. I was a gardener providing water and other nourishment to our top 750 people. Of course, I had to pull out some weeds, too.”-Jack Welch

“The biggest cowards are managers who don’t let people know where they stand.”-Jack Welch

“The essence of competitiveness is liberated when we make people believe that what they think and do is important – and then get out of their way while they do it.”-Jack Welch

“The Internet is the Viagra of big business.”-Jack Welch

“The productivity now at universities is terrible. Tenure is a terrible idea. It keeps them around forever and they don’t have to work hard.”-Jack Welch

“The team with the best players wins.”-Jack Welch

“There’s no such thing as work-life balance. There are work-life choices, and you make them, and they have consequences.”-Jack Welch

“We’ve only been wealthy in this country for 70 years. Who said we ought to have all this? Is it ordained?”-Jack Welch

“Willingness to change is a strength, even if it means plunging part of the company into total confusion for a while.”-Jack Welch

“You got to be rigorous in your appraisal system. The biggest cowards are managers who don’t let people know where they stand.”-Jack Welch