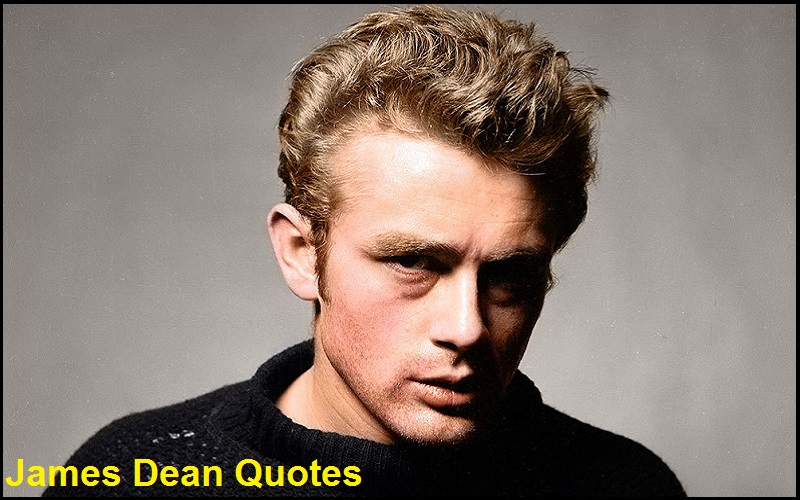 He is remembered as a cultural icon of teenage disillusionment and social estrangement, as expressed in the title of his most celebrated film, Rebel Without a Cause, in which he starred as troubled teenager Jim Stark.

The other two roles that defined his stardom were loner Cal Trask in East of Eden and surly ranch hand, Jett Rink, in Giant.

“When an actor plays a scene exactly the way a director orders, it isn’t acting. It’s following instructions. Anyone with the physical qualifications can do that.”-James Dean 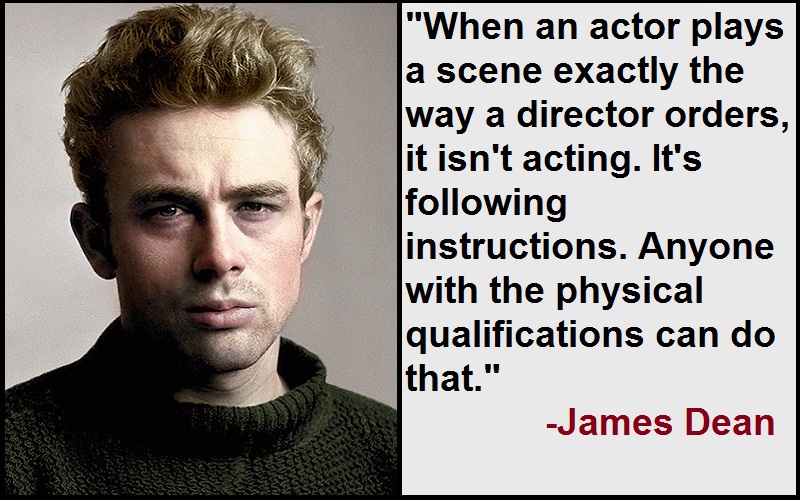 “The cinema is a very truthful medium because the camera doesn’t let you get away with anything. On stage, you can even loaf a little, if you’re so inclined.”-James Dean

“I’m a serious-minded and intense little devil, terribly gauche and so tense I don’t see how people stay in the same room with me. I know I wouldn’t tolerate myself.”-James Dean

“There is no way to be truly great in this world. We are all impaled on the crook of conditioning.”-James Dean

“If a man can bridge the gap between life and death, if he can live on after he’s dead, then maybe he was a great man.”-James Dean

“The only greatness for man is immortality.”-James Dean

“Only the gentle are ever really strong.”-James Dean

“The only way to make a scene really is to do it the way you know it would really happen.”-James Dean

“My purpose in life does not include a hankering to charm society.”-James Dean

20+Notable Quotes By James Dean That Will Inspire You

“An actor must interpret life, and in order to do so must be willing to accept all the experiences life has to offer. In fact, he must seek out more of life than life puts at his feet.”-James Dean

“Being a good actor isn’t easy. Being a man is even harder. I want to be both before I’m done.”-James Dean

“I also became close to nature, and am now able to appreciate the beauty with which this world is endowed.”-James Dean

“Trust and belief are two prime considerations. You must not allow yourself to be opinionated.”-James Dean

“I used to fly around quite a bit, you know? I took a lot of unnecessary chances on the highways. And I started racing, and now I drive on the highways, I’m extra cautious because no one knows what they’re doing half the time. You don’t know what this guy is going to do or that one.”-James Dean

“Being an actor is the loneliest thing in the world. You are all alone with your concentration and imagination, and that’s all you have.”-James Dean

“Death can’t be considered because, if you’re afraid to die, there’s no room in your life to make discoveries.”-James Dean

“I think the one thing this picture shows that’s new is the psychological disproportion of the kids’ demands on the parents. Parents are often at fault, but the kids have some work to do, too.”-James Dean

“You can do ‘Hamlet’ while performing cartwheels… as long as the audience sees your eyes – you can make the performance real.”-James Dean

“To my way of thinking, an actor’s course is set even before he’s out of the cradle.”-James Dean

“To me, acting is the most logical way for people’s neuroses to manifest themselves, in this great need we all have to express ourselves.”-James Dean

“Studying cows, pigs and chickens can help an actor develop his character. There are a lot of things I learned from animals. One was that they couldn’t hiss or boo me.”-James Dean