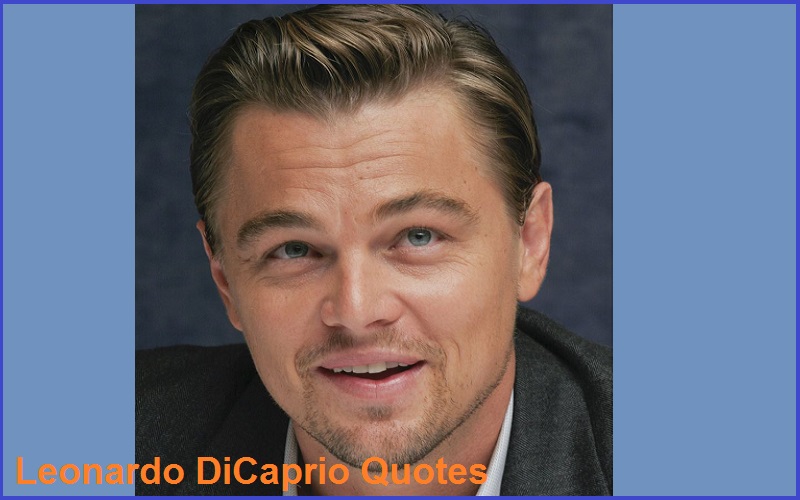 DiCaprio began his career by appearing in television commercials in the late 1980s. He next had recurring roles in various television series, such as the soap opera Santa Barbara and the sitcom Growing Pains.

“I have very little fashion sense, and to tell you the truth, I give it very little thought. I dress to be as comfortable as I possibly can. Most of my clothing is either black, grey, or dark blue, and I don’t really wear a lot of colors. But I do like jackets. I have a little bit of an obsession with them.”-Leonardo DiCaprio 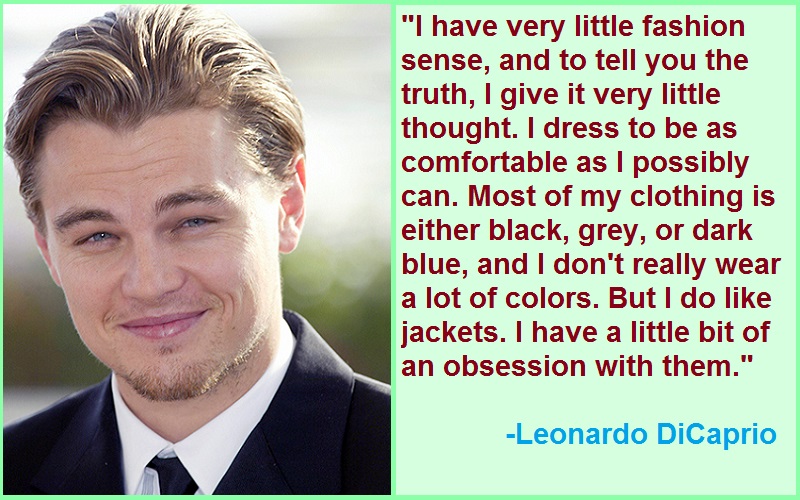 “Everywhere I go, somebody is staring at me, I don’t know if people are staring because they recognize me or because they think I’m a weirdo.”-Leonardo DiCaprio

“I believe, you know, as history unfolds, certain films will disappear, and certain ones will stand the test of time. And you never know which ones those are. And you’ve just got to go for the opportunities of films you think might be memorable.”-Leonardo DiCaprio

“If you can do what you do best and be happy, you’re further along in life than most people.”-Leonardo DiCaprio

“As a young boy, I was obsessed with endangered species and the extinct species that men killed off. Biology was the subject in school that I was incredibly passionate about.”-Leonardo DiCaprio

“I get a friend to travel with me… I need somebody to bring me back to who I am. It’s hard to be alone.”-Leonardo DiCaprio

“I couldn’t deal with playing a character who rides motorcycles and has a leather jacket and is a tough kid, y’ know?”-Leonardo DiCaprio

“I don’t think I ever expected anything like an Oscar ever, to tell you the truth. That is not my motivation when I do these roles. I really am motivated by being able to work with great people and create a body of work that I can look back and be proud of.”-Leonardo DiCaprio

“The first kiss I had was the most disgusting thing in my life. The girl injected about a pound of saliva into my mouth, and when I walked away I had to spit it all out.”-Leonardo DiCaprio

“With Romeo and Juliet, you’re talking about two people who meet one night and get married the same night. I believe in love at first sight but it hasn’t happened to me yet.”-Leonardo DiCaprio

“I haven’t died in a movie in a while,’The Departed,’ ‘Body of Lies,’ ‘Revolutionary Road,’ ‘Shutter Island’ and ‘Inception.’ I guess I did die in ‘The Departed.”-Leonardo DiCaprio

“When a role for a young guy is being offered to me, I think of River Phoenix. It feels like a loss.”-Leonardo DiCaprio

“My career should adapt to me. Fame is like a VIP pass wherever you want to go.”-Leonardo DiCaprio

“A great white jumped into my cage when I was diving in South Africa. Half its body was in the cage, and it was snapping at me.”-Leonardo DiCaprio

“To be honest, I’m not really prepared to do a musical, simply because I think I have a pretty atrocious voice.”-Leonardo DiCaprio