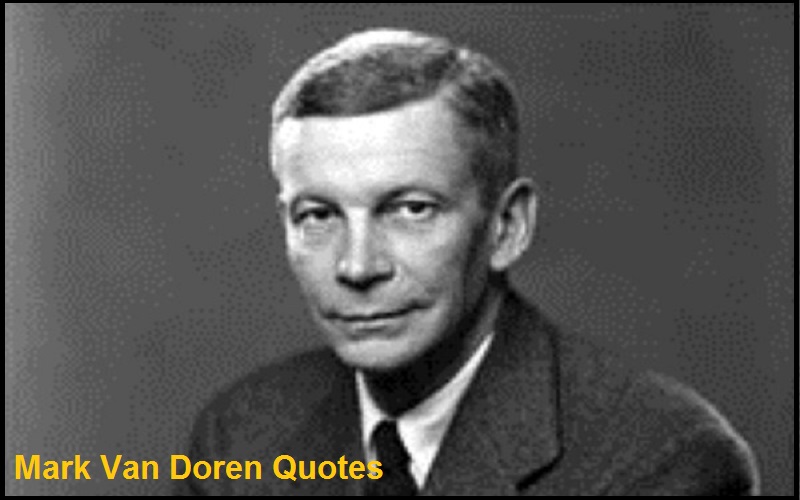 Mark Van Doren Quotes:- Mark Van Doren (June 13, 1894 – December 10, 1972) was an American poet, writer, and critic. He was a scholar and a professor of English at Columbia University for nearly 40 years, where he inspired a generation of influential writers and thinkers including Thomas Merton, Robert Lax, John Berryman, Whittaker Chambers, and Beat Generation writers such as Allen Ginsberg and Jack Kerouac.

“The job of the poet is to render the world – to see it and report it without loss, without perversion. No poet ever talks about feelings. Only sentimental people do.”-Mark Van Doren 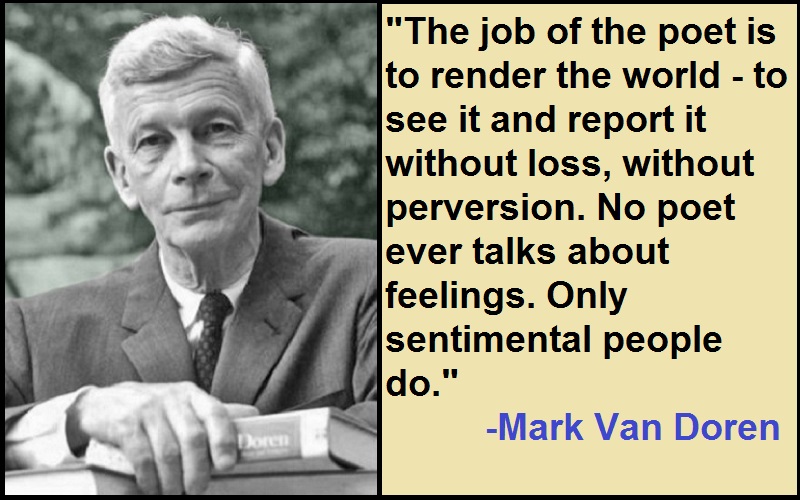 “Bring ideas in and entertain them royally, for one of them may be the king.”-Mark Van Doren

“Wit is the only wall between us and the dark.”-Mark Van Doren

“Nothing in man is more serious than his sense of humor; it is the sign that he wants all the truth.”-Mark Van Doren

“When it aims to express a love of the world it refuses to conceal the many reasons why the world is hard to love, though we must love it because we have no other, and to fail to love it is not to exist at all.”-Mark Van Doren

The genius of the Marx Brothers is for parody. They never are themselves. They exist too abundantly to be content with being that – they must go on, by the most rapid of transitions, to being something else. Groucho, in my opinion, the bright star among the three, is never anything but the thing he is at the moment pretending to be.”-Mark Van Doren

“I have always had the greatest respect for students. There is nothing I hate more than condescension—the attitude that they are inferior to you. I always assume they have good minds.”-Mark Van Doren