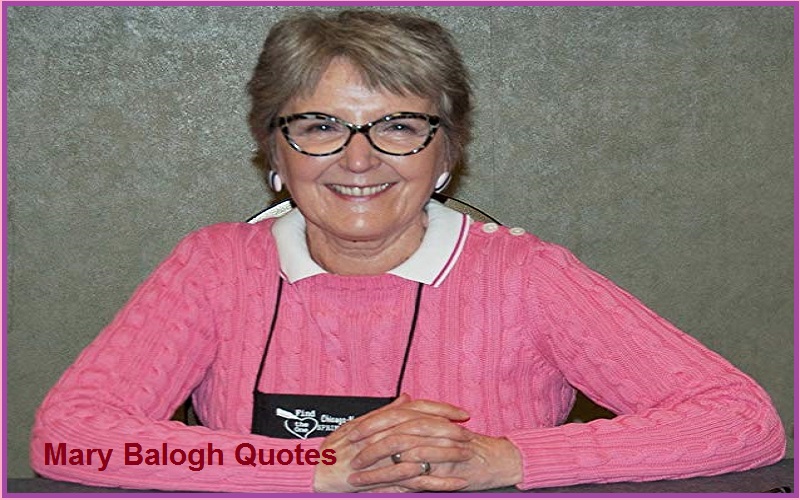 Mary Jenkins was born and raised in Swansea, Wales, the daughter of Mildred “Double”, a homemaker, and Arthur Jenkins, a signwriter and painter. She moved to Canada on a two-year teaching contract in 1967 after leaving university.

There, she met and married her Canadian husband Robert Balogh, a coroner and ambulance driver, and settled in the small prairie town of Kipling, Saskatchewan.

“Life, she realized, so often became a determined, relentless avoidance of the pain of one’s own, of other people’s. But sometimes pain had to be acknowledged and even touched so that one could move into it and through it and past it. Or else be destroyed by it.”-Mary Balogh 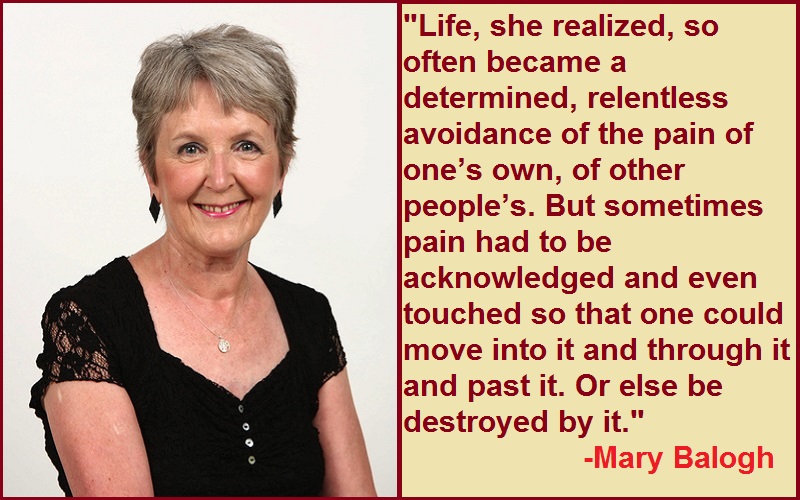 “I have written more than 100 novels and novellas since 1983 – I was first published in 1985. There was an overlap of three years with my teaching career, but finally, I felt good enough about my writing career to quit teaching and write full time.”-Mary Balogh

“Since 1988, I have been writing steadily. I did decide a couple of years or so ago to scale back to writing one book a year – a sort of semi-retirement. But I never did have much success with that plan!”-Mary Balogh

“I have a British voice and a rather formal one at that, having been brought up in post-WWII Britain. My voice is perfectly suited to the sort of book I write, I think. It would not fit a contemporary, besides which I do not know enough about the contemporary world to write convincingly or comfortably about it!”-Mary Balogh

“I don’t know quite how a story develops in my head. It is a bit chaotic. If I am working on a series, one of the main characters at least is already in existence as well as some setting and minor characters. Finding the other main character can be a challenge. Sometimes this character already exists in a minor role in another book.”-Mary Balogh

“It’s this idea that success changes you as a person… I’ve never seen my career that way.”-Mary Balogh

“I think I wrote ‘Trysting Place’ in about three weeks. But it was inexperience that made me have to do that. I didn’t feel good about the book all the time I was writing it. It felt a bit like wading through molasses.”-Mary Balogh

“I never think that any writer can teach someone how to write.”-Mary Balogh

“It’s this idea that success changes you as a person… I’ve never seen my career that way.”-Mary Balogh

“Everyone writes differently. I hope to get people energized so they’ll want to rush home to write.”-Mary Balogh

“I have people introducing themselves to me: ‘I am your publicist; what can I do for you?’ But I have never learned how to use a publicist.”-Mary Balogh