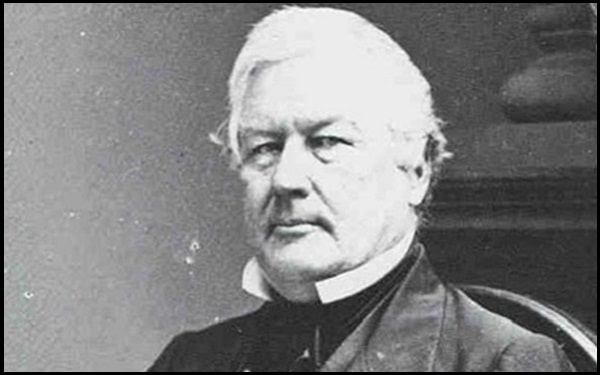 A former U.S. Representative from New York, Fillmore was elected the nation’s 12th vice president in 1848 and was elevated to the presidency by the death of Zachary Taylor. He was instrumental in getting the Compromise of 1850 passed.

Fillmore was born into poverty in the Finger Lakes area of New York state—his parents were tenant farmers during his formative years. He rose from poverty through study and became a lawyer with little formal schooling.

He became prominent in the Buffalo area as an attorney and politician, was elected to the New York Assembly in 1828, and to the U.S. House of Representatives in 1832.

“God knows I detest slavery but it is an existing evil, and we must endure it and give it such protection as is guaranteed by the Constitution.”–Millard Fillmore 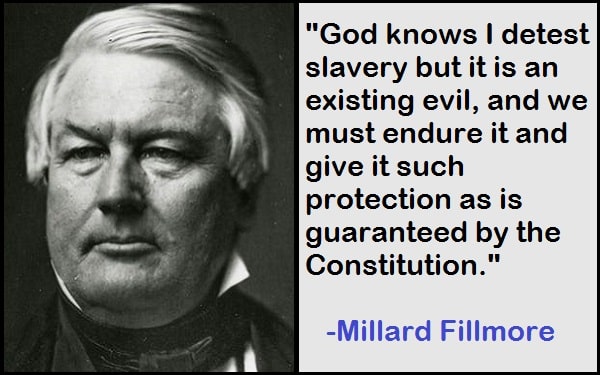 “It is not strange… to mistake change for progress.”-Millard Fillmore

“May God save the country, for it is evident that the people will not.”-Millard Fillmore

“Nations, like individuals in a state of nature, are equal and independent, possessing certain rights and owing certain duties to each other.”-Millard Fillmore

“Upon you, fellow-citizens, as the representatives of the States and the people, is wisely devolved the legislative power.”-Millard Fillmore