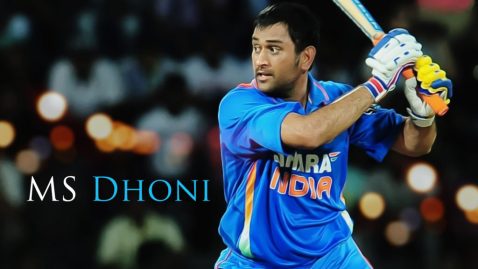 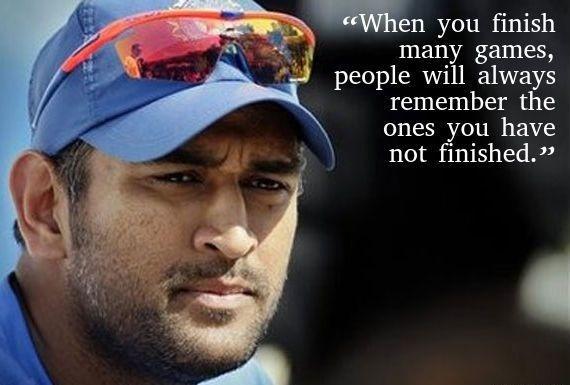 MS Dhoni Quotes:- Mahendra Singh Dhoni (knew as MS Dhoni ) He is an Indian international cricketer who captained the Indian national team in limited-overs formats from 2007 to 2016 and in Test cricket from 2008 to 2014. An attacking right-handed middle-order batsman and wicket-keeper, he is widely regarded as one of the greatest finishers in limited-overs cricket.


Mahendra Singh Dhoni, also called M.S. Dhoni, (born July 7, 1981, Ranchi, Bihar [now Jharkhand] state, India), Indian cricketer whose rise to prominence in the early 21st century culminated in his captaincy of the Indian national team that won the one-day Cricket World Cup in 2011. He is also regarded as one of the best wicket-keepers in world cricket. He made his One Day International (ODI) debut in December 2004 against Bangladesh and played his first Test a year later against Sri Lanka.

“A sporting track doesn’t always mean that it will only have grass on it.”–MS Dhoni

“As a skipper, when you try to manipulate the field, you need to see the strengths of the fast bowlers.”-MS Dhoni 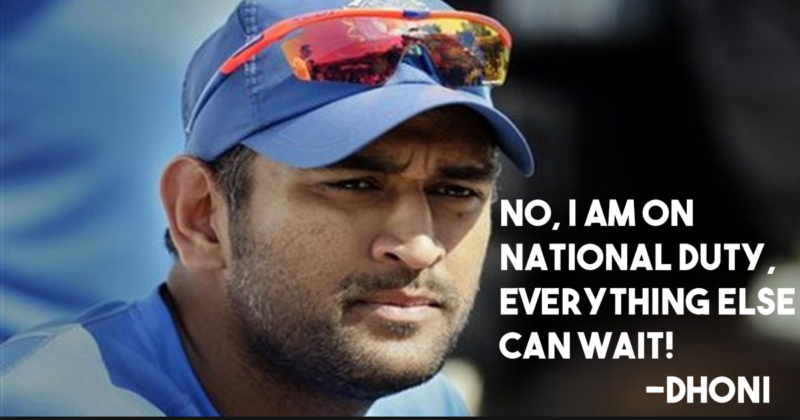 “Cricket is not everything, not by any means, but it is a large part of who I am.”-MS Dhoni

“Everybody has views in life, and it should be respected.”-MS Dhoni


“For me, opposition is just another opposition.”-MS Dhoni

“Frankly, I never thought that I would represent my country one day.”-MS Dhoni

“From when I was a young boy, I read books on weapons and tanks and combat. I was so interested in the army.”-MS Dhoni

“Going out for rides with my friends and having lunch or dinner at a roadside hotel – that’s my favourite time-pass.”-MS Dhoni

“I am in the hands of Deori Maa. Every time I come to Ranchi, I visit her temple. I still remember my first visit.”-MS Dhoni

“I am touched by the admiration and ovation I receive from CSK fans, which will always remain close to my heart.”-MS Dhoni

“I care most about how people live their lives, what choices they make, and how they get the best from themselves.”-MS Dhoni

“I don’t like discussing cricket off the field.”-MS Dhoni 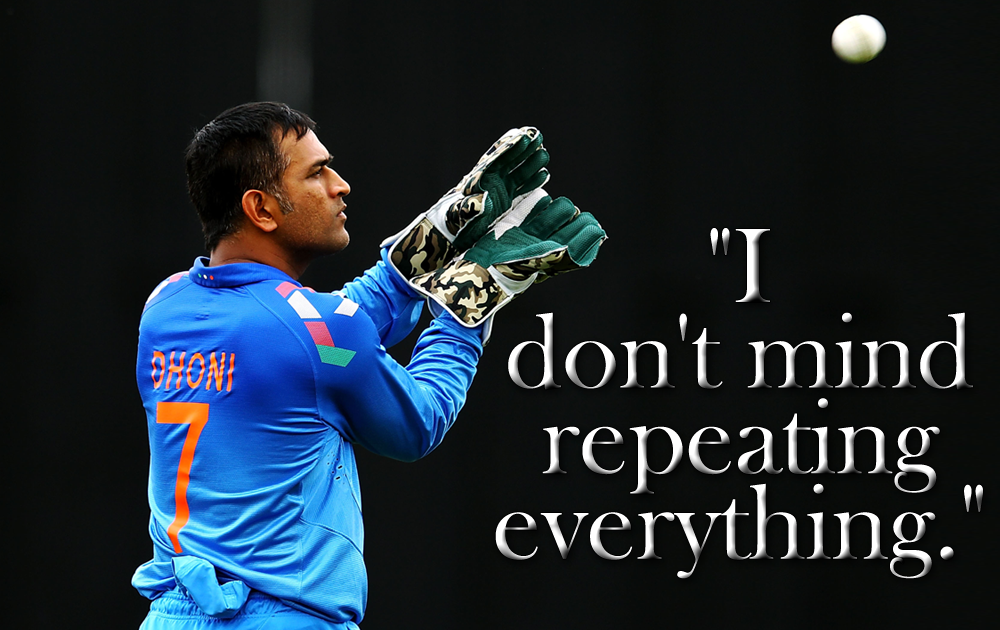 “I feel some of the sides are blessed when it comes to having allrounders.”-MS Dhoni

“I have always believed that process is more important than results.”-MS Dhoni

“I have faced challenges during the initial stages of my career, and I see Run Adam as filling a vacuum.”-MS Dhoni

“I have more than I will ever need for one life.”-MS Dhoni

“I have three dogs at home. Even after losing a series or winning a series, they treat me the same way.”-MS Dhoni

“I like to make statements on the field.”-MS Dhoni

“I like to stay away from the game when I am not playing it.”-MS Dhoni

“I live for the moment – not the future, not the past.”-MS Dhoni


“I live in the present with an eye on the future.”-MS Dhoni

“I love my country. I tell my wife she is only the third most important thing after my country and my parents, in that order.”-MS Dhoni

“I love to be in the moment. I love to analyse things a bit.”-MS Dhoni

“I never allow myself to be pressured.”-MS Dhoni

“I really don’t care what people say; I found Srinivasan as someone who was always there to help cricketers.”-MS Dhoni

“I tell my wife she is only the third most important thing after my country and my parents, in that order.”-MS Dhoni

“I used to play a lot of tennis-ball cricket.”-MS Dhoni

“If you keep winning, you don’t know the areas you’ve to work hard.”-MS Dhoni

“I’m a person who lives very in the moment.”-MS Dhoni

“In front of 40,000 people, you don’t really want to drop a catch or misfield. It’s part and parcel of the game.”-MS Dhoni

“In Test matches, you have to play consistent cricket for a period of time.”-MS Dhoni

“India-Pakistan matches always capture the imagination of people from either side.”-MS Dhoni

“It’s important to learn and not repeat the same mistakes. What’s done is done.”-MS Dhoni

“Movies are a big part of our Indian culture.”-MS Dhoni

“My wife wants me to eat fish; she says it is delicious. But I don’t like fish, so that is that.”-MS Dhoni

“One thing about our country that is constant is cricket.”-MS Dhoni

“Our biggest strength has always been the fans. All over, wherever we have gone, CSK has got support.”-MS Dhoni

“Please criticize me, but how can you accuse me of something like fixing a cricket game after all that the game has given me.”-MS Dhoni

“Run Adam will play a significant role in aspiring sportspersons’ life to achieve their dreams.”-MS Dhoni

“Spirit of cricket is not about just the guidelines provided.”-MS Dhoni

“Strong characters are needed in the game.”-MS Dhoni

“The biggest problem is when a player asks a captain why he is not playing but does not want an honest answer.”-MS Dhoni

“The cameras used to pass by me; now they’re stopping for me.”-MS Dhoni

“The era of playing aggressive cricket and to have the mid-on up is gone. You now try to read the mindset of a batsman.”-MS Dhoni

“The reason why people love T20 is the sixes and fours.”-MS Dhoni

“Unless you know the individual, it’s very difficult to advise that individual as to what he needs to do.”-MS Dhoni

“What captains want is players who move well in the field.”-MS Dhoni

“When you help sportspersons achieve their full potential, you propel the sporting quotient of the entire country.”-MS Dhoni

“Whether a player has played one match or a hundred, we should give him respect for what he has achieved and leave it at that.”-MS Dhoni

“Winning the World Cup was very special because it meant so much to so many.”-MS Dhoni

“You don’t need to spoon-feed bowlers at the international level.”-MS Dhoni

“You have seen cricketers who are not god-gifted, but even then, they have gone far. That’s because of the passion.”-MS Dhoni

“You learn a lot more when you’re going through a rough period compared to the good times when everything goes your way.”-MS Dhoni

“You need to perform consistently, and if you’re raising the standard, you have to stand by it. You have to keep on doing well.”-MS Dhoni