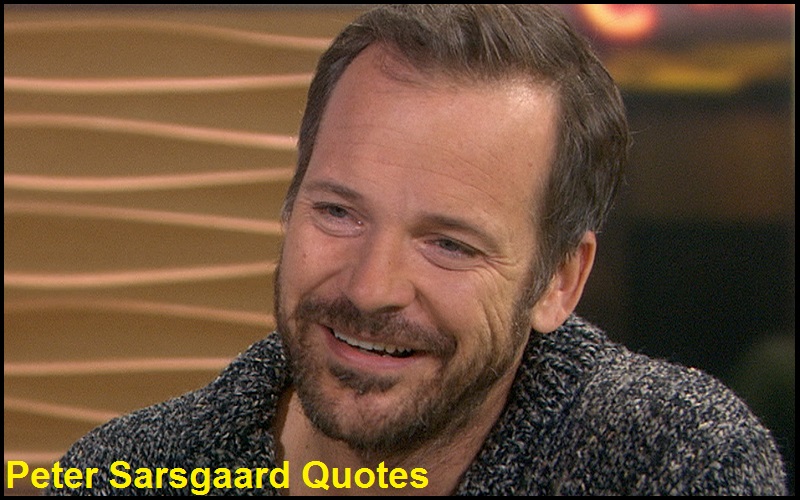 He then appeared in the 1998 independent films Another Day in Paradise and Desert Blue. That same year, Sarsgaard received a substantial role in The Man in the Iron Mask, playing Raoul, the ill-fated son of Athos.

“If you go in and audition for roles rather than just be offered them, then you kind of get a chance to kind of discover that you can do something that you didn’t think you could do.”-Peter Sarsgaard 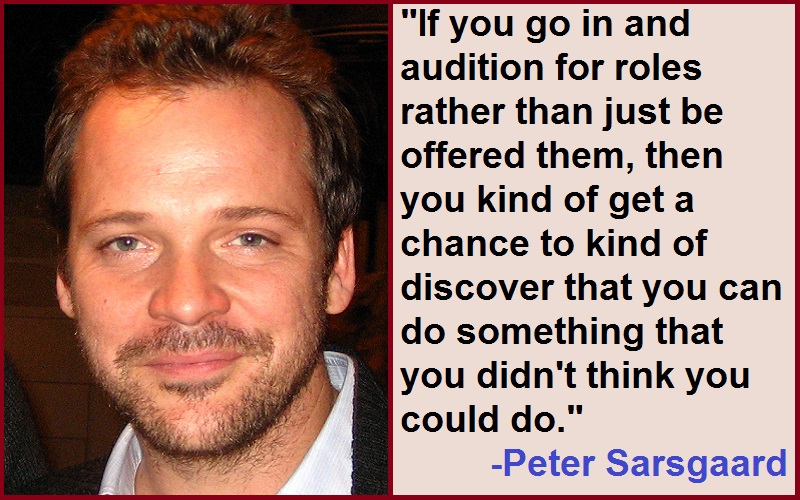 “But the way that we’ve got it organized in our family, we try not to work at the same time, so I’m just now starting to look around. I think I’d like to do a film.”-Peter Sarsgaard

“The only way to silence a room that’s laughing at you is to sort of taking over.”-Peter Sarsgaard

“I’ve always looked at the world as a place where people have done evil things. There are people in the world, for instance, that would describe Americans as evil.”-Peter Sarsgaard

“Four hours of makeup, and then an hour to take it off. It’s tiring. I go in, I get picked up at two-thirty in the morning, I get there at three. I wait four hours, go through it, ready to work at seven, work all day long for twelve hours, and get it taken off for an hour, go home and go to sleep, and do the same thing again.”-Peter Sarsgaard

“I like anything that is like an obstruction, something that I have to act through is good.”-Peter Sarsgaard

“I always think change is important in a character. The most dynamic choices that you can make for a character are always the best ones.”-Peter Sarsgaard

“I just pick the best roles that are leftover, and they usually aren’t the heterosexual, leading-man, non-drug-addict parts. And once you get into doing them, people know you do them.”-Peter Sarsgaard

“If I want to keep working as an actor, I’m going to become a comedian who does fart jokes.”-Peter Sarsgaard

“Even a good politician, someone who is very ambitious, chooses not to see trouble.”-Peter Sarsgaard