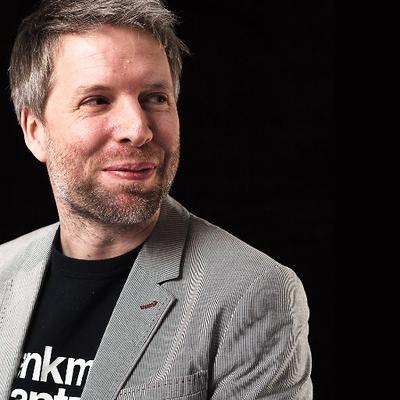 Adam Christopher has released several books through Angry Robot and Tor Books. He has also worked as an editor for nine issues of Time/Space Visualiser, the journal of the New Zealand Doctor Who Fan Club, from 2003 to 2009. In 2010, he won a Sir Julius Vogel Award for Best Fan Publication for TSV.

“The L.A Trilogy is a series of three novels starring Ray, a robot detective, and his boss, a computer called Googol. Set in an alternative version of 1960s Los Angeles, each book will be more or less standalone but together will form an overarching story arc with ‘Brisk Money’ as the origin story. “-Adam Christopher

“I’m an internet junkie. There, I said it. That’s the first step, right? I also have a thing for making lists. Oh man, nothing beats turning to a fresh, clean page in a notebook, taking out a nice pen, and starting a list. There’s so much potential there. So much to do, so little time! So hey, why not spend some of that time making a list. “-Adam Christopher


“Our house has a library – it seemed a better use of the space than as a dining room! – and I try to spend as much time in there as possible. There’s nothing better while reading or writing than to be surrounded by books.”-Adam Christopher

“My own writing has perhaps more of an American flavor than a British one, but that’s because the stories I’ve so far written have needed it. ‘Empire State,’ ‘Seven Wonders’ and ‘The Age Atomic’ are all very place-centric, where the setting itself is almost a character. But there is a universality to the story that isn’t just limited to science fiction.”-Adam Christopher

“I discovered ‘The Shield’ back around 2010 when the Archie superheroes were licensed to DC Comics. From there, I went back into the archives and discovered this whole universe of characters, and I was hooked.”-Adam Christopher

“I read a lot of science fiction, but I also mixed it up with a lot of other genres: crime, literary fiction, as well as nonfiction. Author-wise, I’m a fan of Stephen King, Lauren Beukes, Robert McCammon, Raymond Chandler, Greg Rucka, Ed Brubaker, and Gail Simone, among many others.”-Adam Christopher

“That’s the most amazing thing about writing, whether it’s in prose or comics: that you can create something from nothing, and suddenly they come to life like they’ve always been there.”-Adam Christopher

“Historically, diversity has been a real issue for superhero comics – so we need to do something about it, crafting strong, modern heroes for a modern audience.”-Adam Christopher

“Even as I was writing ‘Empire State,’ I knew there were more adventures for the main character, private detective Rad Bradley, to have. I also knew that the world was far larger than what I’d presented in book one.”-Adam Christopher

“‘Doctor Who’ is where my love of science fiction and fantasy started. I was introduced to it when I was 8, and I’m still an avid viewer.”-Adam Christopher

“To be honest, writing comics is a dream come true – the form is unparalleled and is home to some of the most original and innovative storytelling around.”-Adam Christopher

“The Burning Dark’ needs a certain kind of soundtrack – something dark and moody, electronic, weird. One of my favorite bands is Ladytron, and I think they’d fit the bill quite well.”-Adam Christopher

“The appeal of the Golden Age heroes for me is their simplicity, even their naivety – they represent the fundamental building blocks of the whole superhero genre, whether it’s a ‘super’ man able to lift cars, or a vigilante who terrorizes criminals at night like Batman.”-Adam Christopher