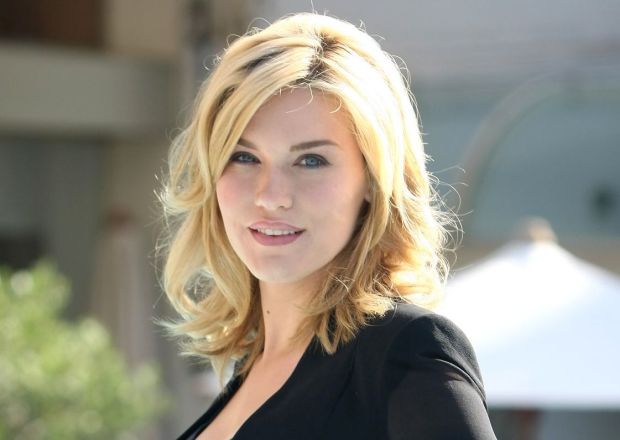 Emily Rose Quotes:- Emily Rose (born 2 February 1981) is an American actress. She is best known for her role in the critically acclaimed Uncharted video game series Elena Fisher and for her lead role as Audrey Parker in the Syfy series Haven (2010–2015).


Emily Rose appeared in the unaired fourth episode of the American television show Smith and starred as Cass in the HBO drama John from Cincinnati. She played Lena Branigan on Brothers & Sisters. She portrayed Trish Merrick, an employee of Jennings and Rall, on the CBS drama Jericho.

Emily Rose married long-time boyfriend Derek Morgan on 6 December 2009, in Washington. On 15 January 2013, Rose announced via Twitter that she and her husband were expecting a baby. A baby boy, Miles Christian Morgan, was born on 29 April 2013. Rose gave birth to her second son, Memphis Ray Morgan, on 31 December 2015.

“Art imitates life. It’s definitely helpful to feel that way. You feel that way when you’re leading a show and you’re on a set.”-Emily Rose

“I want to do a Western so bad because I want to ride horses and act. Those are two of my favorite things in the world to do. I want to do that.”-Emily Rose

“I was a huge ‘Deadwood’ fan because I’m a huge David Milch fan, so I’ve always wanted to play something like Calamity Jane on ‘Deadwood’ and just be the biggest Western tomboy girl, ever.”-Emily Rose

“I went to Lunenburg when we were filming there, and I was like, ‘We can’t film anywhere else. This place is perfect. It is ‘Haven.’ It’s absolutely beautiful. That town is eye candy.”-Emily Rose


“It’s so rare that you actually get to find a really well-written female lead.”-Emily Rose

“The reason you can take the leap of faith with Stephen King when it comes to the paranormal, or the things that happen in the world that he creates, is because the characters that he writes are accessible.”-Emily Rose

What’s so great about playing a female lead, especially in law enforcement, is that these women do exist, and they’re really quite interesting. They’re fascinating.”-Emily Rose