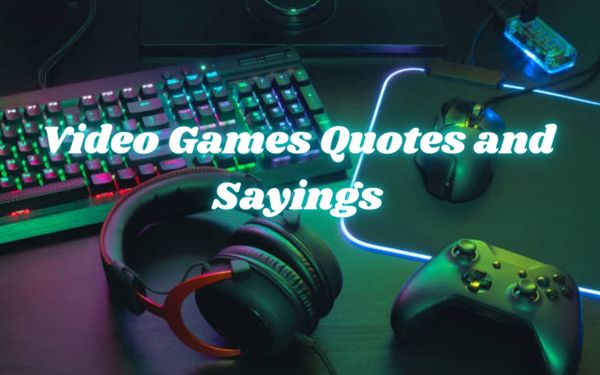 Video Games Quotes:- Although initially seen as just a hobby with simple games, the concept of a video game has evolved. With better graphics and storyline and professional gamers, a video game offers it all now. So, without delay, let’s dive into the world of video games and go through these best video game quotes that are sure to inspire you. 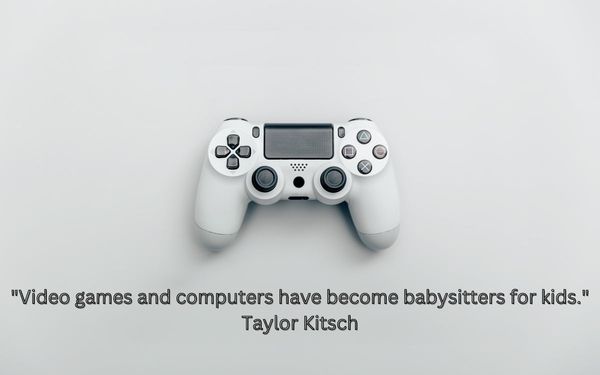 “To make an embarrassing admission, I like video games. That’s what got me into software engineering when I was a kid. I wanted to make money so I could buy a better computer to play better video games – nothing like saving the world.”
Elon Musk

“We cannot and will not ban the creation of violent video games. But, we can prevent the distribution of these disturbing games to children, where their effects can be negative.”
Herb Kohl

“By shifting your focus to the princess and treating your life’s challenges like video games, you can trick your brain and actually learn more and see more success.”
Mark Rober

“People love video games because they do things they obviously can’t do in real life. That’s especially true with sports games because fans love to step into the shoes of their favorite athletes.”
Ralph H. Baer

Playing video games is something I enjoy in my spare time. I’m a gamer, always have been.”
Kevin Garnett

“I’m a believer that players are good self-directors, and I think one thing that’s good about video games is they can direct their own experience.”

“There exists in this country, sadly, a callous, corrupt, and corrupting shadow industry that sells and stows violence against its own people through vicious and violent video games.”
Wayne LaPierre

“Video games are bad for you? That’s what they said about rock-n-roll.”
Shigeru Miyamoto

“Video games are a waste of time for men with nothing else to do. Real brains don’t do that.”
Ray Bradbury

“The obvious objective of video games is to entertain people by surprising them with new experiences.”
Shigeru Miyamoto

“I’ve been a video game guy since I was eight years old and got my first Nintendo. I’ve been addicted to video games ever since.”
A.J. Styles

Most Famous Video Game Quotes Of All Time

“I get most of my inspiration from anime and video games.”
Bella Poarch

“I make funny videos of me playing video games, and I share those moments.”
PewDiePie

“I didn’t get to play many video games when I was growing up.”
Ana de Armas

“I didn’t grow up playing video games. I grew up catching crawdads in the creek and minnows and lizards and snakes.”
Blake Shelton

“I rage playing video games. I think that’s the only time you will ever hear me say a cuss word.”
Stephen Thompson