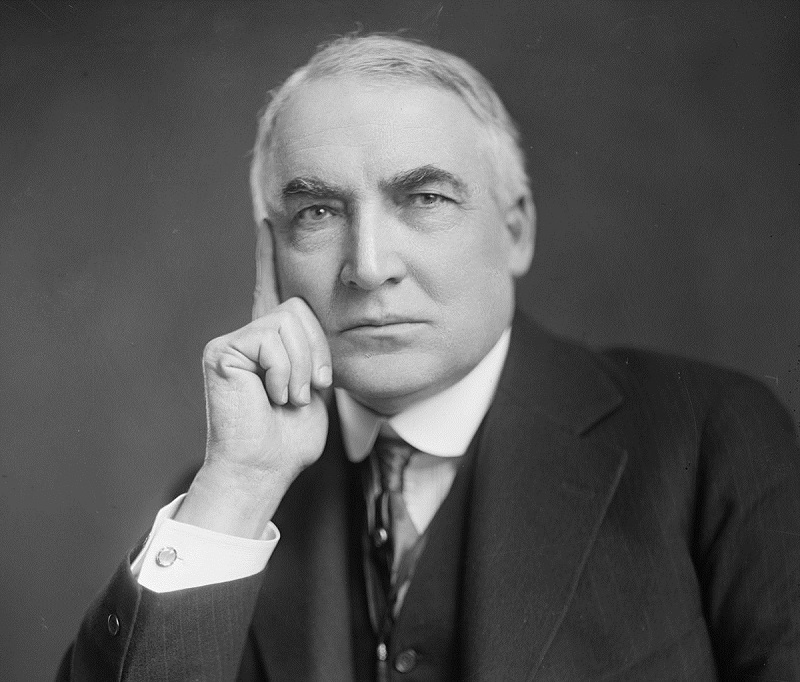 Warren G. Harding Quotes:- Warren Gamaliel Harding (November 2, 1865 – August 2, 1923) was the 29th president of the United States from 1921 until his death in 1923, a member of the Republican Party. At that time, he was one of the most popular U.S. presidents, but the subsequent exposure of scandals that took place under his administration such as Teapot Dome eroded his popular regard, as did revelations of an affair by Nan Britton, one of his mistresses.

Warren Gamaliel Harding was born on November 2, 1865, on a farm in the small Ohio community of Corsica (present-day Blooming Grove). He was the oldest of eight children of George Harding (1843-1928), a farmer who later became a doctor and part-owner of a local newspaper.

Harding in the White House

Once in office, Warren Harding followed a predominantly pro-business, conservative Republican agenda. Taxes were reduced, particularly for corporations and wealthy individuals; high protective tariffs were enacted, and immigration was limited. Additionally, the United States hosted a successful naval disarmament conference for the world’s leading countries. Harding signed the Budget and Accounting Act of 1921, which streamlined the federal budget system and established the General Accounting Office to audit government expenditures.

In the summer of 1923, Warren Harding embarked on a cross-country tour of the United States to promote his policies. During the trip, the 57-year-old president became sick, and on August 2 he died of what was likely a heart attack at a San Francisco hotel.

“America’s present need is not heroics but healing; not nostrums but normalcy; not revolution but restoration. “-Warren G. Harding 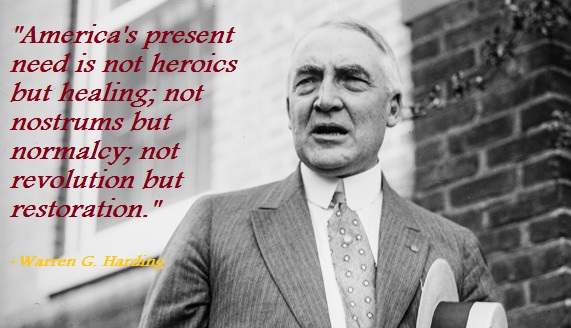 “I don’t know much about Americanism, but it’s a damn good word with which to carry an election.”– Warren G. Harding 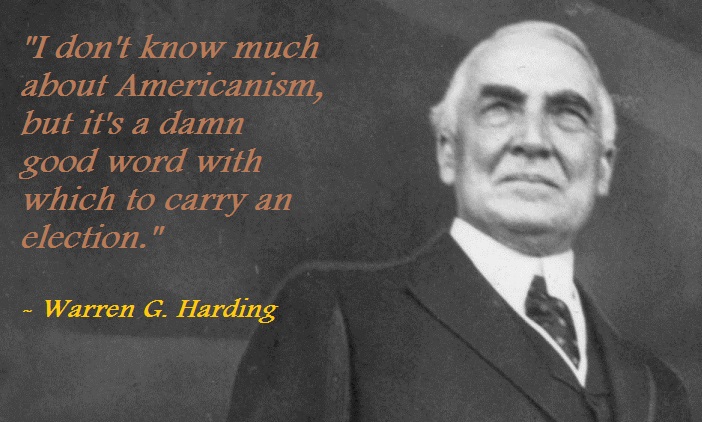 “I don’t know what to do or where to turn in this taxation matter. Somewhere there must be a book that tells all about it, where I could go to straighten it out in my mind. But I don’t know where the book is, and maybe I couldn’t read it if I found it.”– Warren G. Harding 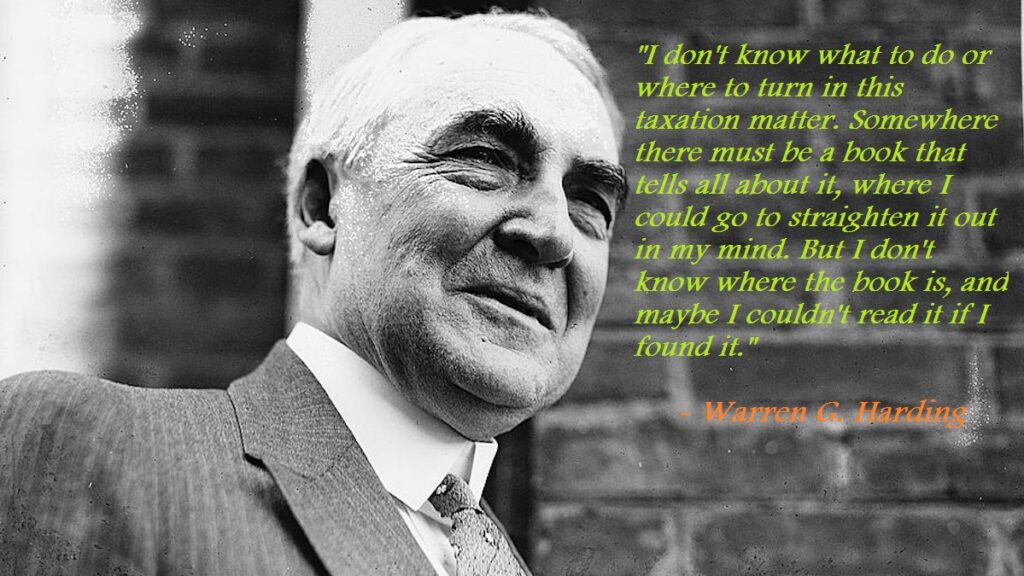