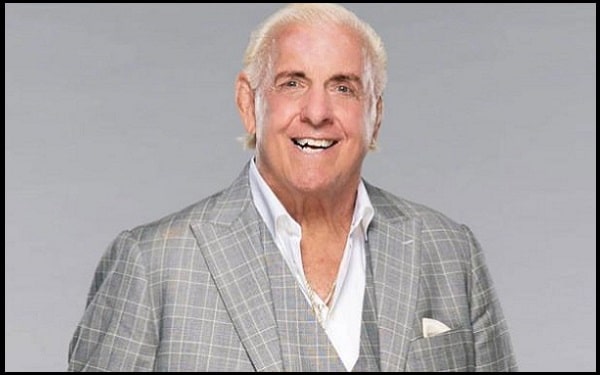 Ranked by multiple peers and journalists as the greatest professional wrestler of all time, Flair had a career that spanned 40 years.

“When somebody has convinced you that you’re not worth anything to anybody anymore, and they spend a lot of time doing it, you start believing it yourself.”-Ric Flair 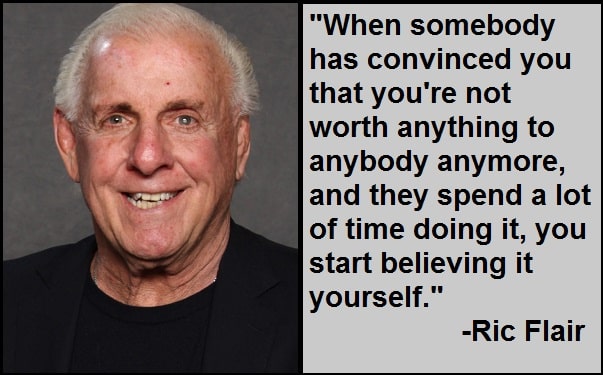 “I was really good at being a bad guy; I like that role. Not being bad to people – just talking bad.”-Ric Flair

“None of this was written to hurt anybody’s feelings.”-Ric Flair

“I spent more money on one robe than guys spend in five years.”-Ric Flair

“If you have notoriety, you can dress any way you want to dress. That’s the way it is. I just like to get dressed up. I think that they go hand in hand – notoriety, and people looking at ya. If they look at ya, either you look like a million dollars, or you don’t. A guy can have a phenomenal body, but if the suit doesn’t fit him, forget it.”-Ric Flair

“For me, it’s about camaraderie. My whole life is like, if something’s going on, nothing ever preceded fun. I always put my friends and the fun and the business ahead of everything.”-Ric Flair

“Miami was always a town that was kind to me as a wrestler. It’s a great wrestling town, and it’s a great town, period. There’s so much to do in Miami.”-Ric Flair

“I had my first ‘Survivor Series’ in 1991 and I was fortunate enough to be an instrumental part of the shows I was on.”-Ric Flair

“It’s much more casual than it was, but my clothes and my ring attire – I thought up half of what I brought to the show.”-Ric Flair

“You gotta have a pocket square, I think.”-Ric Flair

“I can take more punishment than anyone in the business.”-Ric Flair

“Space Mountain may be the oldest ride in the park, but it has the longest line.”-Ric Flair

“In order to be the man, you have to beat the man.”-Ric Flair

“I was really good at being a bad guy.”-Ric Flair

“My problem is that I think everybody needs to work as hard as I worked when I was in my prime.”-Ric Flair

“The guy who could be me, but he knows when to draw the line, is John Cena. John Cena can rock ‘n’ roll, let me tell you.”-Ric Flair

“Nobody has wrestled everybody in the business like I have, especially not Bret Hart.”-Ric Flair

“My God, thank you. Thank you very much. I’m almost embarrassed by the response, but when I see this, I know that the twenty-five years that I’ve spent trying to make you happy every night of your life was worth every damn minute of it.”-Ric Flair