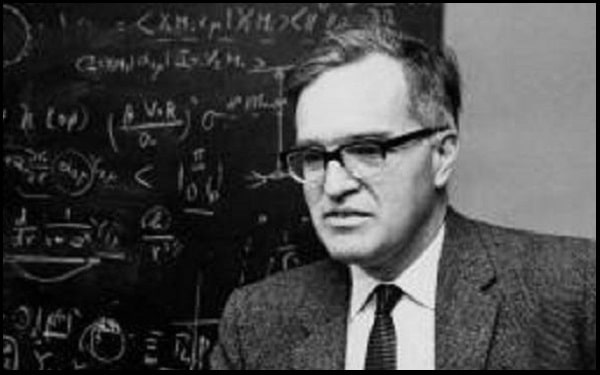 Aage Bohr Quotes:- Aage Bohr (19 June 1922 – 8 September 2009) was a Danish nuclear physicist who shared the Nobel Prize in Physics in 1975 with Ben Mottelson and James Rainwater “for the discovery of the connection between collective motion and particle motion in atomic nuclei and the development of the theory of the structure of the atomic nucleus based on this connection”.

In August 1945, with the war ended, Bohr returned to Denmark, where he resumed his university education, graduating with a master’s degree in 1946, with a thesis concerned with some aspects of atomic stopping power problems.

In March 1950, in New York City, I was married to Marietta Soffer. We have three children: Vilhelm, Tomas, and Margrethe.
Aage Bohr 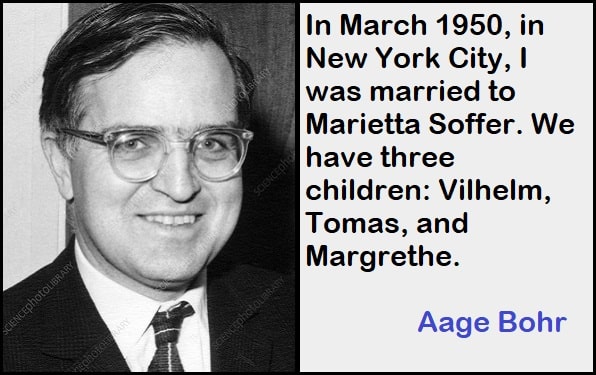 I have been connected with the Niels Bohr Institute since the completion of my university studies, first as a research fellow and, from 1956, as a professor of physics at the University of Copenhagen. After the death of my father in 1962, I followed him as director of the Institute until 1970.
Aage Bohr

Both for my wife and myself, the personal friendships that have grown out of scientific contacts with colleagues from many different countries have been an important part of our lives, and the travels we have made together in connection with the worldwide scientific cooperation have given us rich treasures of experiences.
Aage Bohr