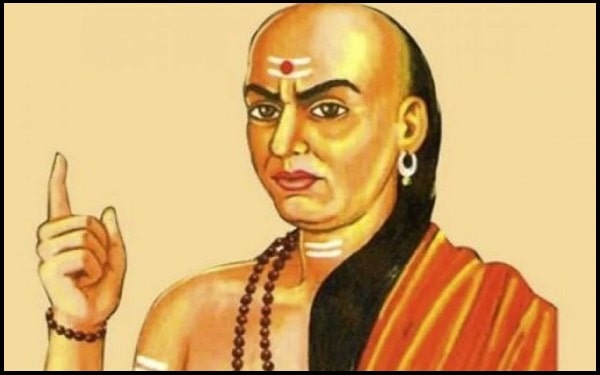 “The one excellent thing that can be learned from a lion is that whatever a man intends doing should be done by him with a whole-hearted and strenuous effort.”-Chanakya 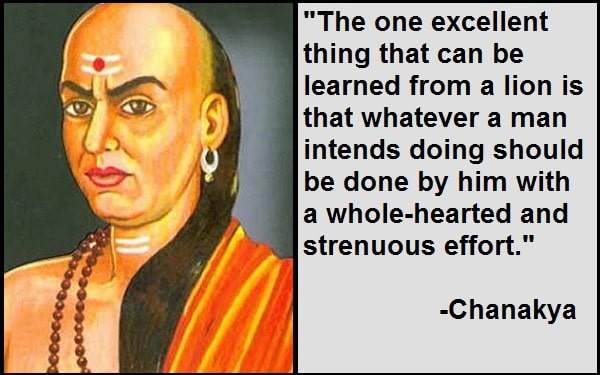 “Once you start working on something, don’t be afraid of failure and don’t abandon it. People who work sincerely are the happiest.”-Chanakya

“The fragrance of flowers spreads only in the direction of the wind. But the goodness of a person spreads in all directions.”-Chanakya

“Before you start some work, always ask yourself three questions – Why am I doing it, What the results might be and Will I be successful. Only when you think deeply and find satisfactory answers to these questions, go ahead.”-Chanakya

“A person should not be too honest. Straight trees are cut first and honest people are screwed first.”-Chanakya

“Even if a snake is not poisonous, it should pretend to be venomous.”-Chanakya

“A man is great by deeds, not by birth.”-Chanakya

“As soon as the fear approaches near, attack and destroy it.”-Chanakya

“Education is the best friend. An educated person is respected everywhere. Education beats the beauty and the youth.”-Chanakya

“Treat your kid like a darling for the first five years. For the next five years, scold them. By the time they turn sixteen, treat them like a friend. Your grown-up children are your best friends.”-Chanakya

“Never make friends with people who are above or below you in status. Such friendships will never give you any happiness.”-Chanakya

“God doesn’t dwell in the wooden, stone or earthen idols. His abode is in our feelings, our thoughts.”-Chanakya

“A good wife is one who serves her husband in the morning like a mother does, loves him in the day like a sister does and pleases him like a prostitute in the night.”-Chanakya

“The world’s biggest power is the youth and beauty of a woman.”-Chanakya

“If one has a good disposition, what other virtue is needed? If a man has fame, what is the value of other ornamentation?”-Chanakya

“O, wise man! Give your wealth only to the worthy and never to others. The water of the sea received by the clouds is always sweet.”-Chanakya

“As a single withered tree, if set aflame, causes a whole forest to burn, so does a rascal son destroy a whole family.”-Chanakya

“Test a servant while in the discharge of his duty, a relative in difficulty, a friend in adversity, and a wife in misfortune.”-Chanakya

“As long as your body is healthy and under control and death is distant, try to save your soul; when death is immanent what can you do?”-Chanakya

“The wise man should restrain his senses like the crane and accomplish his purpose with due knowledge of his place, time and ability.”-Chanakya

“The life of an uneducated man is as useless as the tail of a dog which neither covers its rear end nor protects it from the bites of insects.”-Chanakya

“It is better to die than to preserve this life by incurring disgrace. The loss of life causes but a moment’s grief, but disgrace brings grief every day of one’s life.”-Chanakya

“We should not fret for what is past, nor should we be anxious about the future; men of discernment deal only with the present moment.”-Chanakya

“There is poison in the fang of the serpent, in the mouth of the fly and in the sting of a scorpion; but the wicked man is saturated with it.”-Chanakya

“There is no austerity equal to a balanced mind, and there is no happiness equal to contentment; there is no disease like covetousness and no virtue like mercy.”-Chanakya

“A man is born alone and dies alone, and he experiences the good and bad consequences of his karma alone, and he goes alone to hell or the Supreme abode.”-Chanakya