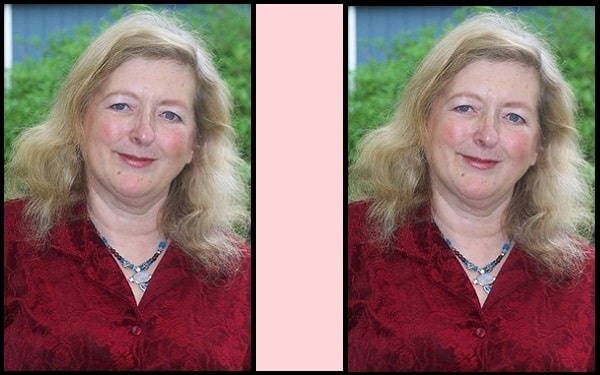 Esther M. Friesner Quotes:- Esther Mona Friesner (born July 16, 1951) is an American science fiction and fantasy author. She is best known for her humorous style of writing, both in the titles and the works themselves.

Friesner attended the Hunter College High School, a public magnet high school in New York City, as well as Vassar College. She holds a Ph.D. in Spanish and was a college professor at Yale University before becoming a writer.

“History is gossip that’s been legitimized, and that’s really the case when you get into some of the Roman historians. Wow! They’d be right at home on reality tv.”-Esther M. Friesner 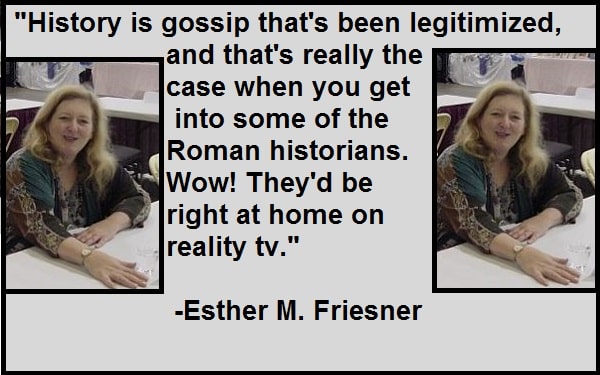 “If one cannot learn from the mistakes of others, one might as well become a Democrat.”-Esther M. Friesner

“The world is full of marvels if you’re willing to travel far enough to see them.”-Esther M. Friesner

“Aphrodite had the beauty; Zeus had the thunderbolts. Everyone loved Aphrodite, but everyone listened to Zeus.”-Esther M. Friesner

“What brothers say to tease their sisters has nothing to do with what they really think of them.”-Esther M. Friesner

“A young man’s passion, a jaded siren’s last chance for love, a world has gone mad, cheap thrills, fast cars, expensive wines, the triumph of victory, the overthrow of ontologically incipient hegemony, and gum! I have no idea if this book has any of them! But I liked the part about the bunny.”-Esther M. Friesner

“Some men were nothing but overgrown boys who never got over the “fun” of teasing girls, just to get noticed”-Esther M. Friesner

“It’s not enough to be born free; I have to live my freedom!”-Esther M. Friesner

“They memorize everything and learn… nothing.”-Esther M. Friesner

“People give up the earth for beauty.”-Esther M. Friesner