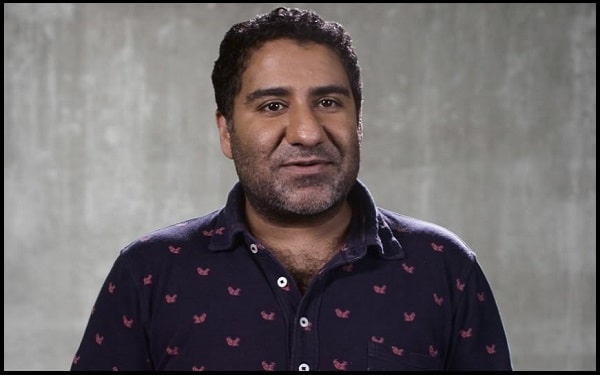 Parvesh Cheena Quotes:- Parvesh Singh Cheena (born July 22, 1979) is an American actor. He is best known for his role as Gupta in the TV series Outsourced.

Parvesh Cheena was born in Elk Grove, Illinois, of Indian descent. He grew up in Naperville, Illinois, a suburb of Chicago, and went to Waubonsie Valley High School. He studied musical theatre at the Chicago College of Performing Arts.

“In the states, we all have this idea, everyone who wants to be the next best singer, next best dancer. Those same wants and desires are in India, too.”-Parvesh Cheena 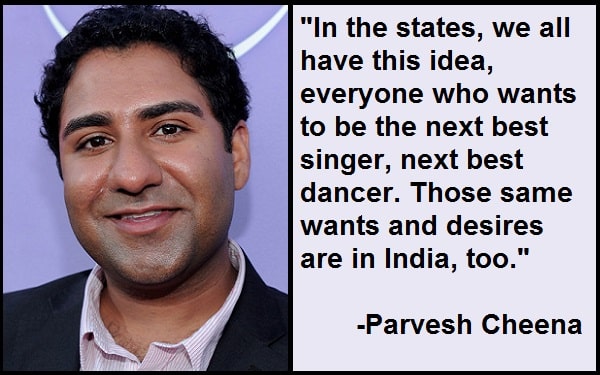 “You have to tease your family. You tease the ones that you’re closest to.”-Parvesh Cheena

“If ‘Married With Children’ hadn’t come out when it did, would we really be looking at ‘Roseanne,’ ‘The Middle,’ and ‘Raising Hope’ and being, like, ‘Look at how stereotypical they are to lower-income white people!'”-Parvesh Cheena

“I was afraid of Korean food when I moved to L.A., let alone sushi. I remember thinking either sink or swim. Living here in Studio City, Ventura Blvd. is the Mecca of sushi restaurants. What you thought was so exotic is just run of the mill.”-Parvesh Cheena

“When you have the first show set in India on American television, there’s gonna be a Nervous Nellie kind of vibe.”-Parvesh Cheena

“When my family did shy away from Indian food, we’d eat a lot of Chinese. We’d use the wok a lot. I never had a problem with Brussels sprouts or broccoli growing up. I always grew up with the mentality of finishing your plate.”-Parvesh Cheena