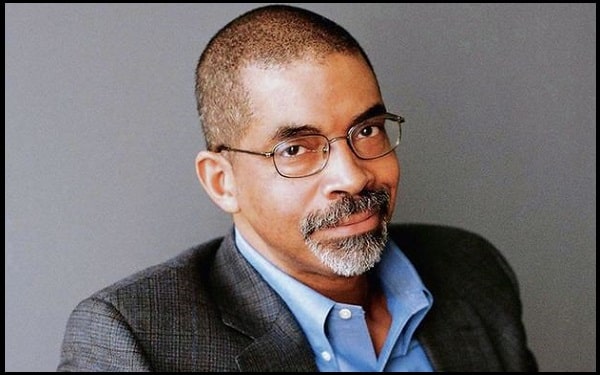 “There is much depressing evidence that the religious voice is required to stay out of the public square only when it is pressed in a conservative cause.”-Stephen L Carter 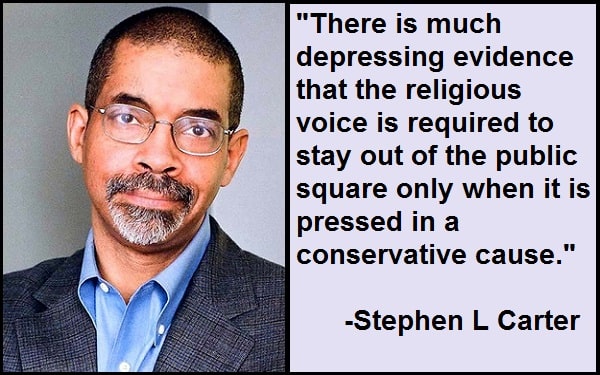 “When you shoot someone who is fleeing, it’s not self-defense. It’s an execution.”-Stephen L Carter

“We live today in a world in which nobody believes choices should have consequences. But may I tell you the great secret that our culture seeks to deny? You cannot escape the consequences of your choices. Time runs in only one direction.”-Stephen L Carter

“One sees a trend in our political and legal cultures toward treating religious beliefs as arbitrary and unimportant, a trend supported by rhetoric that implies that there is something wrong with religious devotion.”-Stephen L Carter

“Rumor is rarely more interesting than fact, but it is always more readily available.”-Stephen L Carter

“In our sensible zeal to keep religion from dominating our politics, we have created a political and legal culture that presses the religiously faithful to be other than themselves, to act publicly, and sometimes privately as well, as though their faith does not matter to them.”-Stephen L Carter

“In contemporary American culture, the religions are more and more treated as just passing beliefs – almost as fads – rather than as the fundaments upon which the devout build their lives.”-Stephen L Carter

“You should never fall in love with your own press clippings, because it is very much the nature of the beast that the same journalists who build you up between Monday and Friday tear you down for weekend fun…My family’s habit of living in the past seems to me pathological, even dangerous. If all greatness lies in the past, what is the point of the future?”-Stephen L Carter

“Love is a gift we deliver when we would rather not.”-Stephen L Carter

“True love is not the helpless desire to possess the cherished object of one’s fervent affection; true love is the disciplined generosity we require of ourselves for the sake of another when we would rather be selfish; that, at least, is how I have taught myself to love my wife.”-Stephen L Carter

“Lots of white people think black people are stupid. They are stupid themselves for thinking so, but regulation will not make them smarter.”-Stephen L Carter

“I think of my novels as entertainments.”-Stephen L Carter

“This trivializing rhetoric runs the subtle but unmistakable message: pray if you like, worship if you must, but whatever you do, do not on any account take your religion seriously.”-Stephen L Carter

“The very aspect of religions that many of their critics most fear – that the religiously devout, in the name of their faith, take positions that differ from approved state policy – is one of their strengths.”-Stephen L Carter